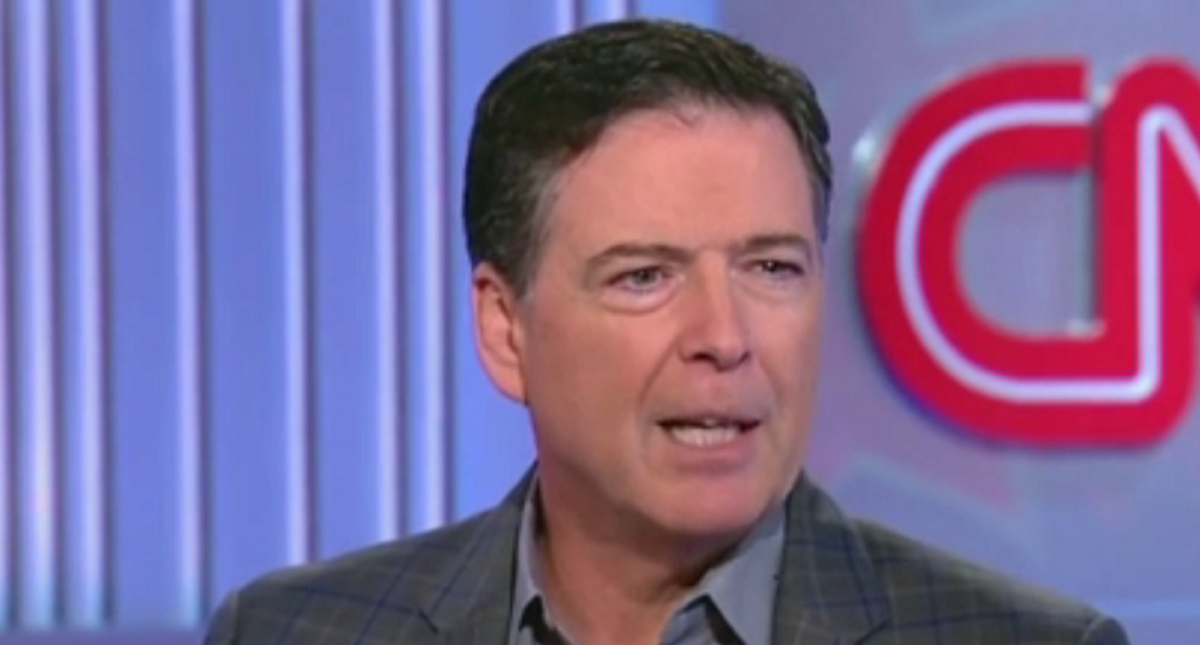 Former FBI director James Comey described militant supporters of President Donald Trump as "terrorists" and called for charges against all of them for storming the U.S. Capitol.

Comey told NBC's "Today" that charges were necessary against everyone who took part in the violent siege against Congress last week, as lawmakers certified Joe Biden's election win.

"It's important that every last person who entered that Capitol be found and charged," Comey said. "They need to feel the force of the rule of law, they need to feel the American peoples' will to make sure that we're a country that doesn't accept attacks on our democracy."

Comey didn't see any reason to alter plans for Biden's inauguration, which has come under threat from the president's supporters.

Comey said the president should be held accountable for inciting the violent protest against his election loss, but he doesn't think he should be charged.

"The president needs to be sanctioned for his behavior and held accountable," Comey said. "I think it's important that he be impeached, I think it's important that local prosecutors in New York continue to pursue the garden-variety frauds he surely committed before he became president, [but] I just don't think it's in the national interest for Donald Trump to be on our television screens every day for the next three or four years as part of the United States v. Donald Trump in the District of Columbia. I don't think that helps Joe Biden heal a nation, I don't think that helps us coax the millions of Americans who have been defrauded or caught in that fog of lies, I don' think that helps us move them back into a healthy place."

"If we move past a fallen and corrupt president and turned off the television lights on him, which in some ways would be the greatest punishment he could imagine," he added.