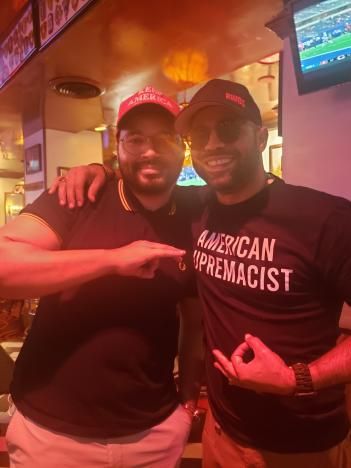 A West Virginia Proud Boys leader who has been criminally charged with breaching the US Capitol and engaging in disorderly conduct has requested an additional 30 days to continue discussions with the government, potentially opening the door for a plea deal.

Magistrate Judge G. Michael Harvey granted the joint motion sought by Proud Boys member Jeffery Finley and the US government on Monday, writing that a continuance through May 14 would "provide the parties with additional time to engage in the discovery process and case discussions."

"The purpose of continuance is to have further discussions to see if there is any possibility of plea arrangement," said Walter Holton, a former US attorney who served under President Clinton. "There's no arrow pointing up or down. Clearly, they're requesting an additional month for further discussion before he enters a guilty or not guilty plea. The only thing to talk about is if he takes guilty or not guilty."

Among more than 20 Proud Boys members charged in the Capitol insurrection, Finley has largely avoided scrutiny to date. The statement of facts accompanying the government's complaint against Finley does not mention his involvement in the violent nationalist street gang, although photos in the document clearly show him in a large group of Proud Boys advancing on the Capitol. And in one photo included in Finley's charging document, he can be seen standing outside the Capitol alongside Philadelphia chapter president Zachary Rehl, who has been identified by the government as "one of the leaders and organizers" of a group of Proud Boys that attacked the Capitol, seeking to obstruct Congress' certification of the presidential election. 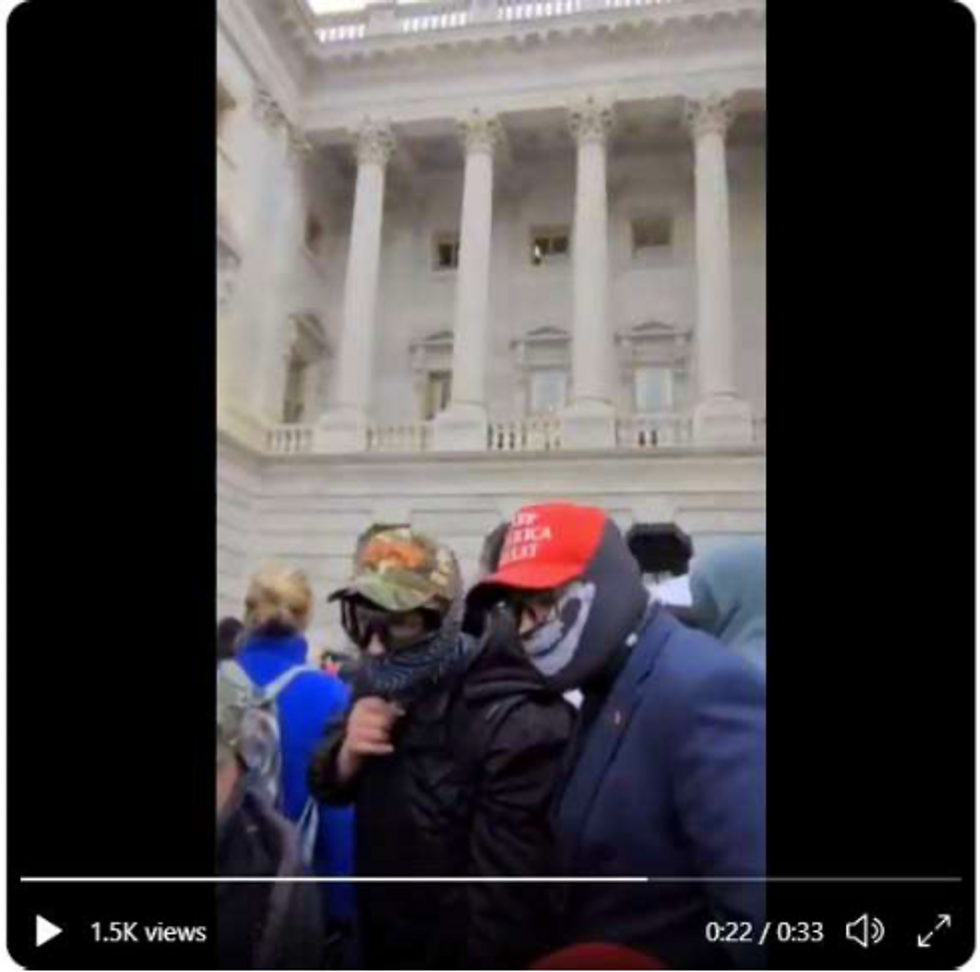 Finley's lawyer, Aaron D. Moss, declined to comment on whether his client is considering a plea deal.

Jason McCullough, the lead attorney for the government, also declined to comment. In addition to prosecuting Finley, McCullough is also part of the team of government lawyers responsible for trying Rehl, Charles Donohoe, Joseph Biggs and Ethan Nordean, four Proud Boys leaders who have been indicted for conspiracy to disrupt the certification of the electoral vote. The government alleges that prior to the Jan. 6 assault on the Capitol, the Proud Boys set up an encrypted messaging channel and equipped members with Baofeng radios for communication. Rehl, according to the government, brought the radios from Philadelphia. Video published by Eddie Block, a Proud Boys-friendly streamer, shows Rehl, Nordean and Biggs leading the group that included Finley to the Capitol.

Finley discussed his leadership role in the Proud Boys as a guest on Jan. 19 on a show hosted by a progressive podcaster name Vaush. Introduced on the show as "Suspect Sushi," Finley presented himself as someone familiar with the inner workings of the organization, albeit while making the false statement that no Proud Boys entered the Capitol building.

When the host challenged the assertion by noting that Biggs — who organized a 2019 Proud Boys rally in Portland, Ore. — was inside the Capitol on Jan. 6, Finley tried to minimize Biggs' role in the organization by saying he was merely a friend of Proud Boys Chairman Enrique Tarrio.

"I don't even know if he's part of a chapter," Finley said during the Jan. 19 podcast, which took place one day before Biggs' arrest. "And one of the things about being a Proud Boy is even if you take the oath, you actually have to be part of a chapter to be a Proud Boy."

Dylan Burns, a Maryland political consultant and Twitch streamer who arranged for Finley to appear on Vaush's show, provided a photo of Finley and Tarrio to Raw Story. Burns said Finley sent him the photo on Oct. 7, 2020 after bragging that he met the Proud Boys chairman at the time he set up the West Virginia chapter. Burns said he got to know Finley as a progressive talk-show host who regularly invites on conservatives to exchange views.

Although Burns knew him as "Suspect Sushi," the person posing in the photo with Tarrio is clearly the same person depicted in court documents that were unveiled on March 29, following Finley's arrest. A separate video taken by Eddie Block also shows Finley in a large group of Proud Boys outside Harry's Bar during a Dec. 12 gathering that ended in a stabbing.

During the Jan. 19 podcast, Finley told Vaush that he decided to join the Proud Boys because he was curious about whether the organization was as extreme as people said it was.

"The original reason to join the Proud Boys was actually more of like to kind of infiltrate," he said. "Yeah, believe it or not. When you're a conservative and you hear about a conservative group that's universally hated, you kind of want to investigate. 'Oh, they're white nationalists and they're Nazis,' and shit like that. So, I said, 'Fuck it, I'll apply, and I'll join.'"

Finley, who is Black, described his childhood growing up in Washington DC during the hour and 40 minutes exchange with Vaush. He dismissed systemic racism as a driver of negative outcomes for Black people.

"I believe that modern Black American culture is toxic and pervasive, and it actually encourages people to be like rappers, ballplayers, basically anything that's considered outside of the normal, like being a square, and working like a regular job," he said.

"Right now, I live in rural West Virginia, so all I have is white neighbors, and we're chillin,'" Finley added.

The criminal complaint alleging that Finley breached the Capitol and engaged in disorderly conduct identifies him as a resident of Martinsburg, a small city in West Virginia's Eastern Panhandle region. The complaint notes that Finley, who was wearing a blue suit and red hat, had an earpiece in his ear when he advanced on the Capitol. 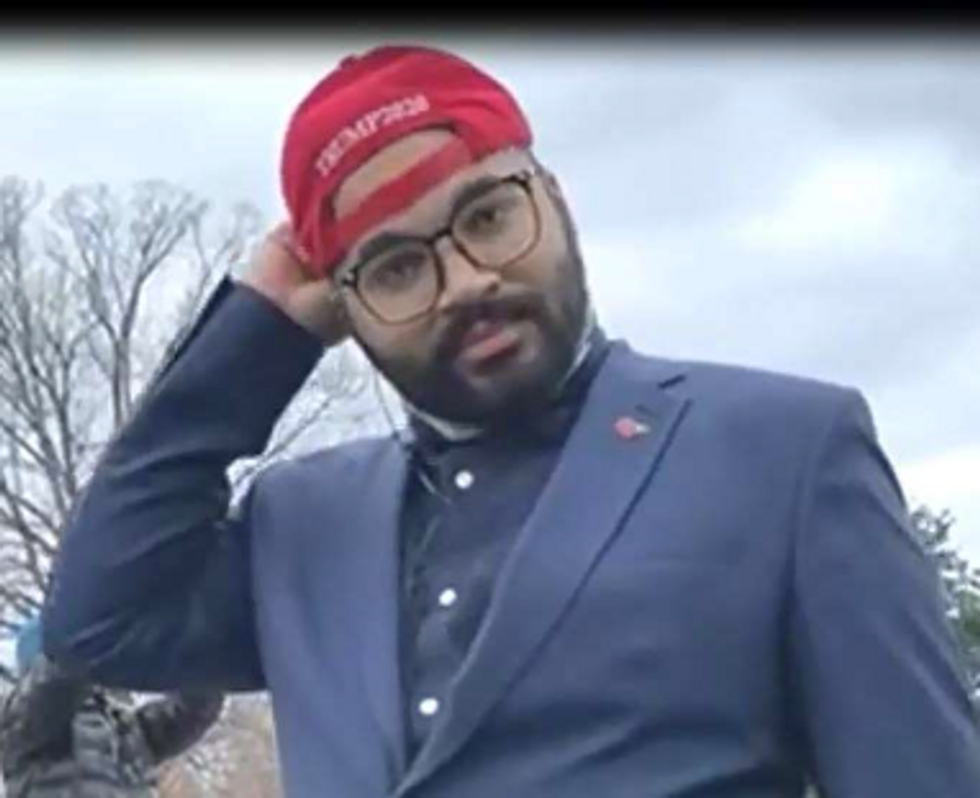 "It could just be his phone," said Holton, the former US attorney. "Whether it has any significance, it's hard to tell. He's in the back of the crowd at the Capitol. He may be hearing or transmitting things. That may be important."

The motion jointly filed by the government and Finley indicates that counsel for the two "have been in contact by email and telephone" since March 29 — the same day the case was unsealed.

Of the 22 defendants identified as Proud Boys that have been charged to date in the Capitol assault, 17 have pleaded not guilty. Biggs and Nordean, who were arrested respectively on Jan. 20 and Feb. 3, have each pleaded not guilty. Rehl and Donohoe, who were indicted for conspiracy alongside Biggs and Nordean on March 3, have yet to enter pleas. The Proud Boys defendants that have not pleaded were all arrested in March.

Holton said he's not surprised that no Proud Boys defendants have entered guilty pleas to date.

"It's still relatively early," he said. "An organization like the Proud Boys, if they are cooperating, they're not going to do early guilty pleas if there's a cooperating witness. That sure sends a signal that someone's rolling on the others."