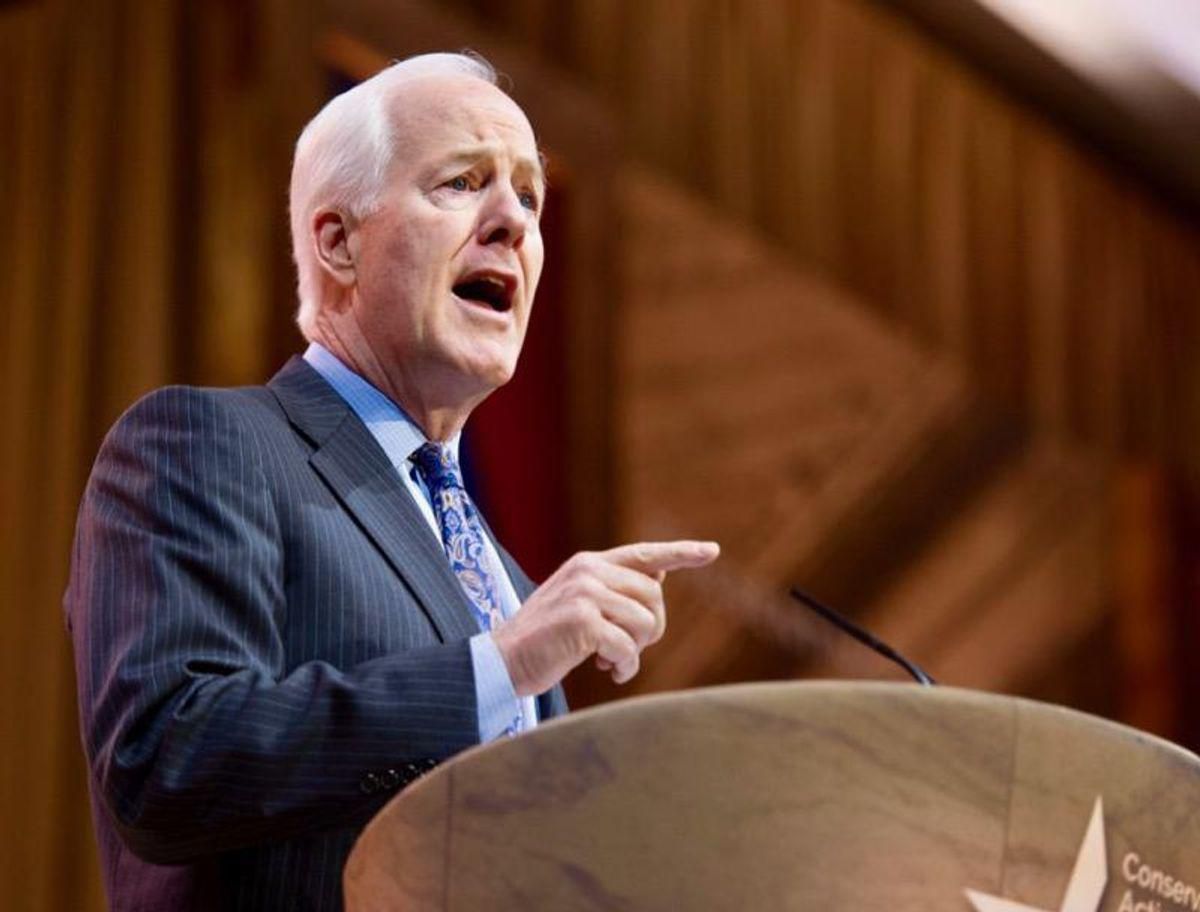 Sen. John Cornyn (R-TX) on Monday complained that President Joe Biden isn't filling the big void left by his predecessor when it comes to sending out unhinged tweets.

In a Twitter thread complaining about the White House's communications strategy, Cornyn bemoaned the fact that Biden is "not doing cable news interviews" and that his tweets "are limited and, when they come, unimaginably conventional."

This is in contrast to former President Donald Trump, who would regularly send out tweets accusing cable news hosts of murdering staffers, attacking women as "dogs," and insinuating that elderly police brutality victims were actually sleeper Antifa agents.

Biden's lack of tweeting and phone calls to Fox & Friends all led Cornyn to ask if Biden is "really in charge" of his administration.

This generated an angry backlash among Cornyn's Twitter followers -- check out some reactions below.


In this thread, Cornyn complains that President Biden isn't a raving fucking lunatic like the last guy. https://t.co/CLHU3MZEoD
— Les Is More (@Les Is More)1618227508.0

@JohnCornyn As a taxpayer, a voter and a constituent I want to see my elected official working for my state and dis… https://t.co/IVtYkUOpA4
— Danielle Candela (@Danielle Candela)1618225819.0

Making meandering calls into Fox and Friends and rage tweeting at all hours is how you demonstrate you’re truly run… https://t.co/8wUCQRWvTn
— Sarah Longwell (@Sarah Longwell)1618228988.0

@JohnCornyn Biden got the most votes of any president in history by a mile and he’s been preaching the most moderat… https://t.co/7I1PFzyrwI
— Luke Zaleski (@Luke Zaleski)1618226391.0