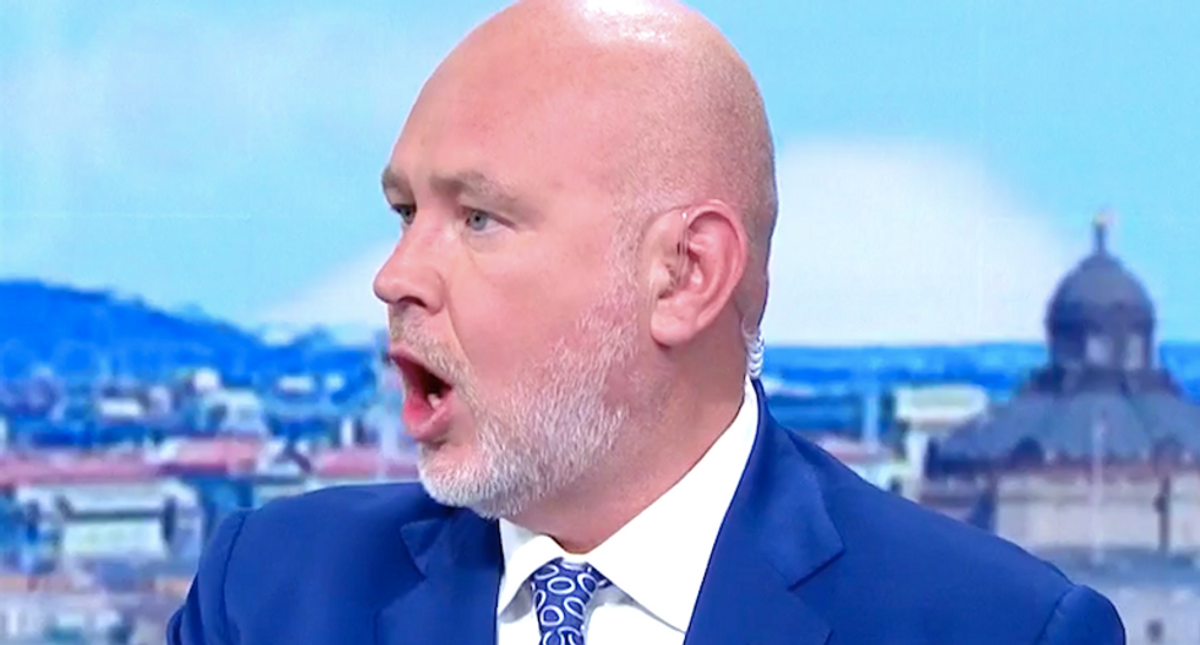 Former Republican campaign strategist Steve Schmidt went on a massive tweetstorm on Sunday, attacking what he called the "Fox News Sewer" for coordinating a smear campaign against Vice President Kamala Harris over a harmless Memorial Day tweet about the holiday weekend.

On Sunday morning, a Fox News host became absolutely unglued over one tweet by Harris -- one of several the vice president posted -- and the right-wing pile-on began with regular Twitter outrage-instigators, Reps. Lauren Boebert (R-CO) and Marjorie Taylor Greene (R-GA) also jumping on the bandwagon.

That appears to have set off of Schmidt who expressed his disgust with the conservatives making a big deal about patriotism after they encouraged the insurrectionists who stormed the Capitol on Jan 6th.

As Schmidt tweeted, "Fox News is the most divisive, dishonest and damaging institution in the United States. It has poisoned our democracy with conspiracy theories and lies while stoking division and fear. The latest nonsense attacking @VP for wishing the American people a long weekend is a great case study."

He then proceeded to make his case in a series of tweets that you can read below:

That cause is freedom and democracy. The people attacking @vp are the same people who helped incite an insurrectio… https://t.co/o3tJ8KkRoJ
— Steve Schmidt (@Steve Schmidt) 1622391698.0

and surf of the killing grounds where the forces of freedom died to destroy the evil of Nazi tyranny. He remarked… https://t.co/eAywI49y4h
— Steve Schmidt (@Steve Schmidt) 1622391698.0

@vp didn’t dishonor those men though they have been dishonored. Their sacrifice has been disgraced and great viole… https://t.co/A19z5KWKEE
— Steve Schmidt (@Steve Schmidt) 1622391699.0

Look for outrage if that is what you are on the hunt for this weekend. You won’t find it in the weekend good wishes… https://t.co/nRZ0MzeIDh
— Steve Schmidt (@Steve Schmidt) 1622391700.0