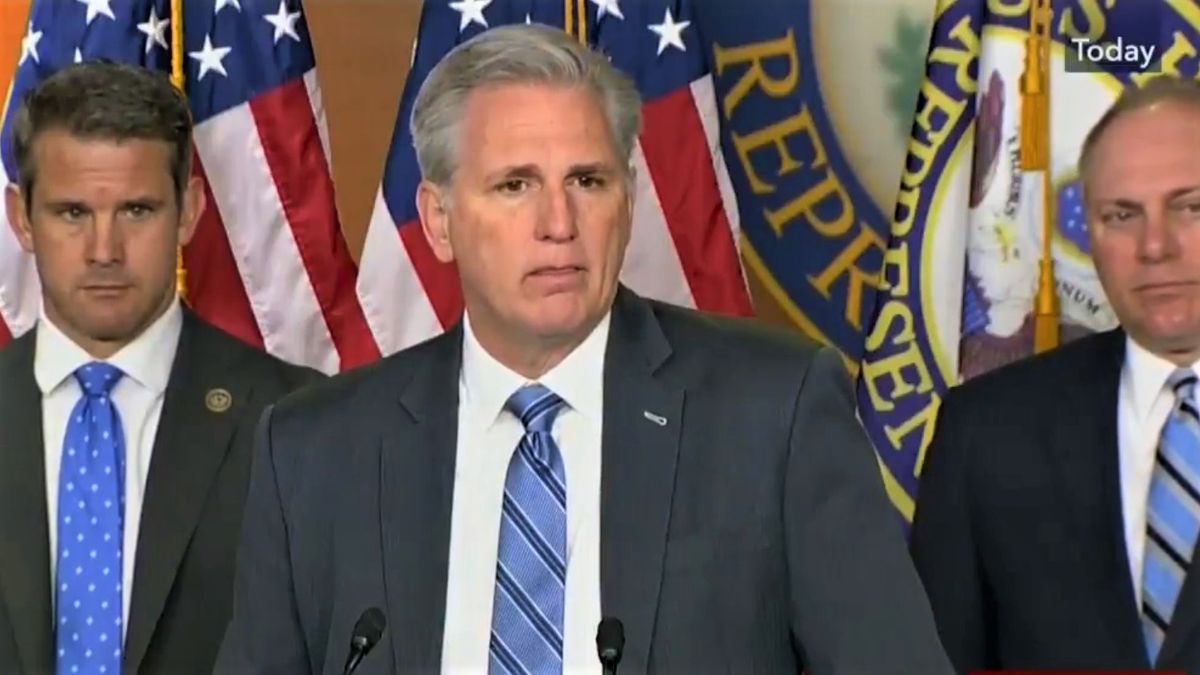 As noted by Newsweek White House reporter Elizabeth Crisp, McCarthy's campaign sent out an auto text message to supporters after the bipartisan infrastructure meeting ended in which he accuse Biden of pursuing a "radical Socialist agenda."

"I just met with Corrupt Joe Biden and he's STILL planning to push his radical Socialist agenda onto the American people," McCarthy wrote. "I need EVERY single patriot to step up... Fight back."

Crisp contrasted McCarthy's text to a White House readout of the meeting that stated Biden "enjoyed hosting" congressional leaders including McCarthy and "spent nearly two hours working with them to identify areas where they could collaborate."