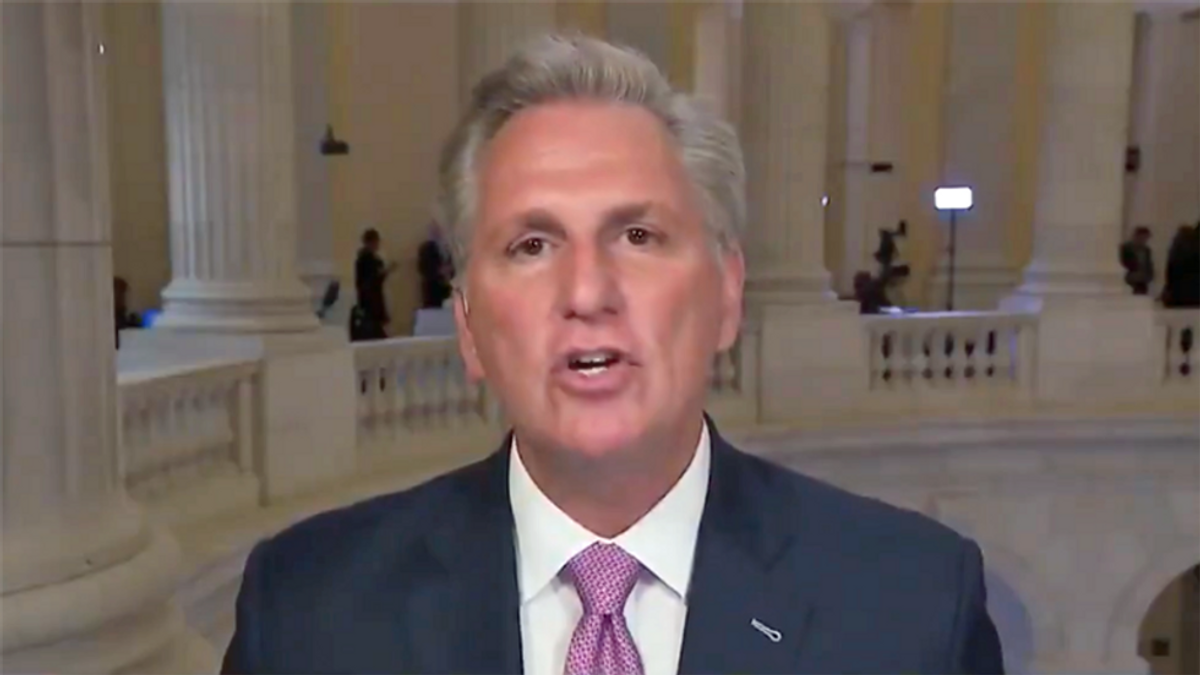 Rep. Pat Fallon (R-TX) said during the hearing that the attackers were just a "mob of misfits." Rep. Paul Gosar (R-AZ) passed over the violence saying that "many…peacefully protested" on Jan. 6. Rep. Jody Hice (R-GA) claimed "it was Trump supporters who lost their lives that day," as if that somehow made the attack on the Capitol acceptable. Rep. Ralph Norman (R-SC) questioned how Attorney General Merrick Garland even knows that the mob was Trump supporters and not someone else.

While McCarthy came out after the Jan. 6 attack blaming former President Donald Trump, he has since changed his tune. Last week, DC Metro Police Officer Michael Fanone tried to speak with McCarthy or his office about the attack. When he called the office he said that they hung up. When that was reported, McCarthy's office called him a liar.

The House is set for a vote for $1.9 billion spending bill to pay for repairs to the building, improvements to security and $521 million to pay for National Guard deployment during the months that followed.

The facts made it all the more curious that McCarthy would suddenly embrace police after he and his caucus were so dismissive.

See the comments from the web below:

@GOPLeader Except for Officer Fanone. And the one who got his head crushed in a door frame. And the dead ones whose… https://t.co/fO056Tedxt
— PoliticOhMyGawd (@PoliticOhMyGawd) 1621257744.0

Cowardly @GOPLeader Kevin McCarthy is TERRIFIED to meet with Officer Fanone, because McCarthy knows that his own li… https://t.co/PM5hjPjZFi
— Jake Lobin (@Jake Lobin) 1621263631.0

@GOPLeader if you REALLY believed this, you wouldn't keep blowing off meeting with Officer Fatone You have time fo… https://t.co/NNyXXg2yAw
— Dana P (@Dana P) 1621258056.0

@GOPLeader Hey Keven. This tweet points out why no one believes you. "@GOPLeader Kevin McCarthy is either stupid,… https://t.co/rOVdUCJAHG
— Norm Clark (@Norm Clark) 1621258297.0