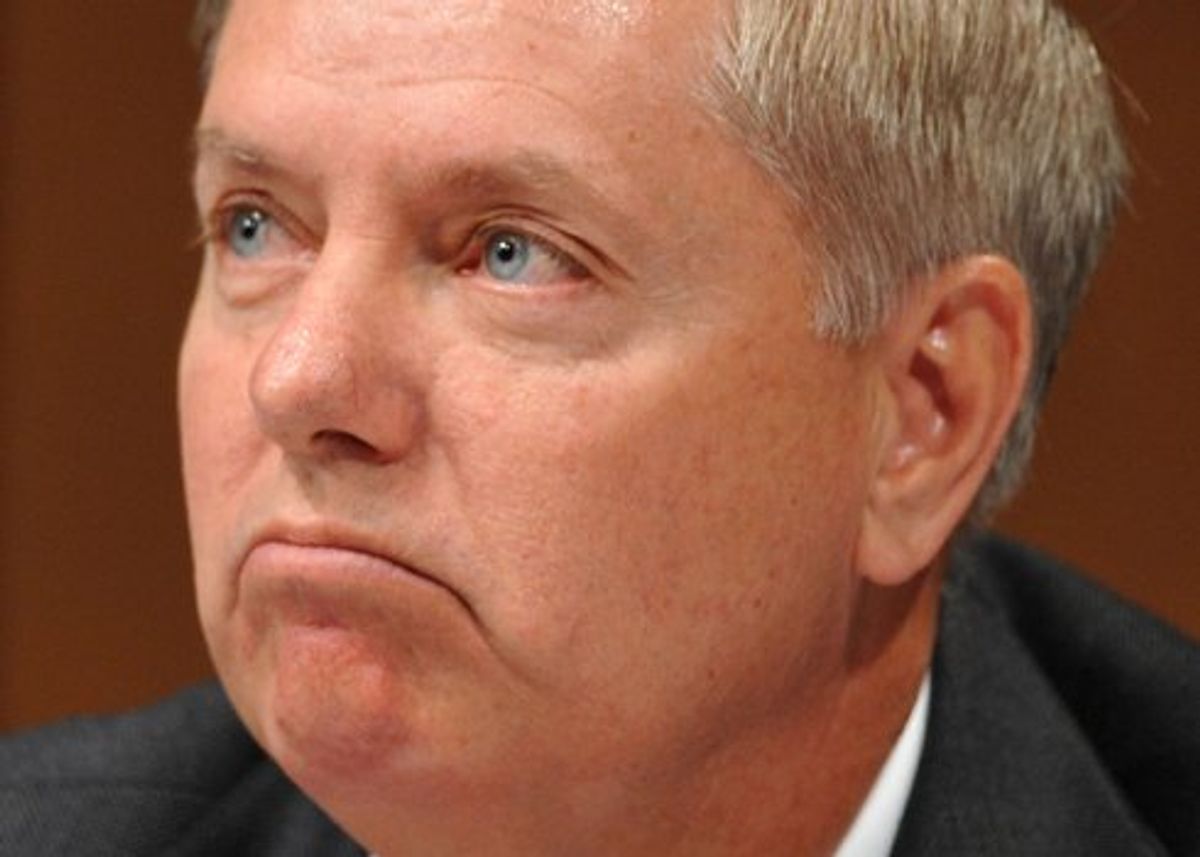 Appearing on MSNBC's "The Sunday Show," former Republican National Committee chair Michael Steele both lamented the Republican Party's complete capitulation to Donald Trump and then mocked Sen. Lindsey Graham (R-SC) for claiming that the one-term president is the future of the party.

Noting Graham's comments on Fox News where he stated, "I would just say to my Republican colleagues, can we move forward without President Trump? The answer is no," Steele said the GOP has been brought to a new low.

'My, how the mighty have fallen and sunken to the lowest of lows that Donald Trump is your savior," he began. "The reality of it is Donald Trump five years ago was someone that everyone was like, 'why is he here?' and now they are kicking everyone else out of the room because he is here."

"It speaks of desperation -- desperation of leadership, desperation for ideas, desperation for a way to move the country forward and embrace its diversity," he continued. "That's what Liz Cheney is trying, has been trying to tell them and she has shown the leadership, which they are threatened by, as one of her caucus members put it, you know, 'she's like that girlfriend who doesn't listen to you.' Really? that's your go-to with Liz Cheney? That tells you where we are."