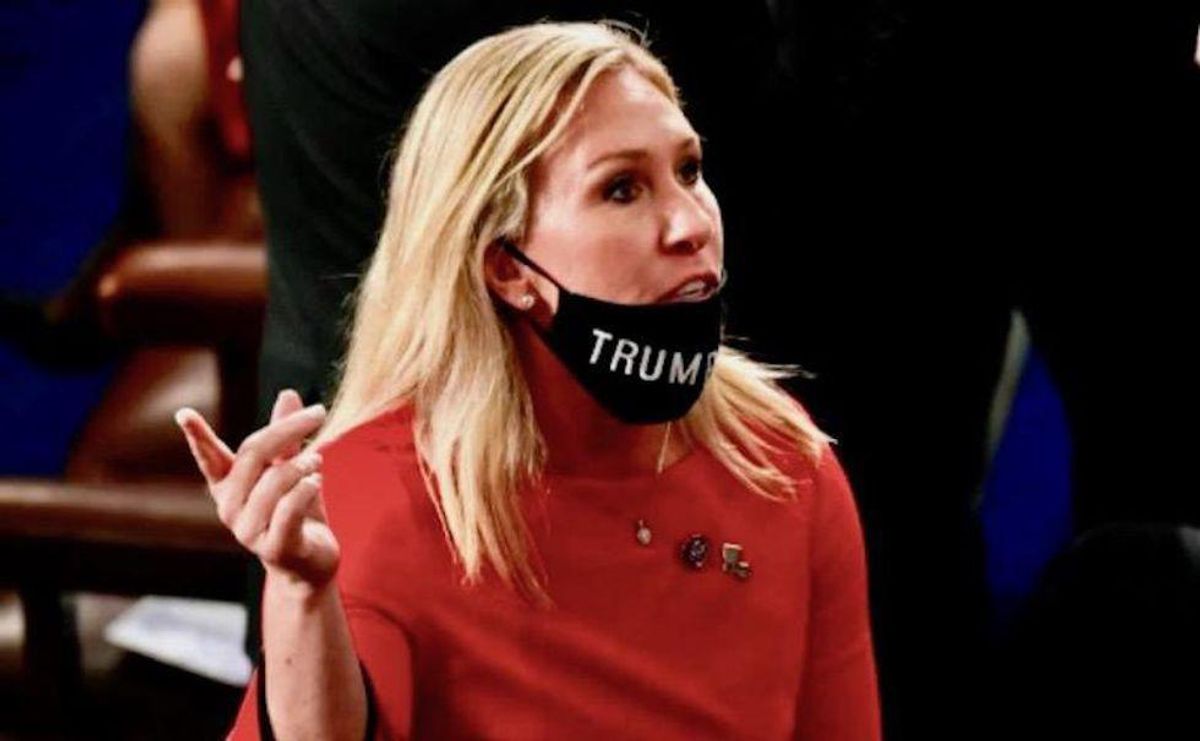 Rep. Marjorie Taylor Greene (R-GA) on Tuesday continued having a Twitter meltdown even after being condemned by the entire House GOP leadership for comparing vaccination passports to the mass extermination of Jews under the Nazis.

She began by falsely accusing the entire Democratic Party of anti-Semitism, before once again doubling down on comparing anti-vaxxers in contemporary America to Jews living in Nazi Germany.

"At a time when the Socialist Democrats and the Jihad Squad are supporting terrorists Hamas, and their supporters are attacking Jewish people on the streets of America, it's never been more important than now to stand up against forced vaccinations and mask mandates that the left is using to discriminate against Americans who refuse to comply," she wrote. "Their attempts to shame, ostracize, and brand Americans who choose not to get vaccinated or wear a mask are reminiscent of the great tyrants of history who did the same to those who would not comply."

In reality, no American who has refused to take the COVID-19 vaccine has been taken to the kind of death camps that were the hallmark of the Nazi regime.

Despite this, Greene concluded by insisting that her comparison between public health advocates and Nazis was perfectly valid.

"I'm sorry some of my words make people uncomfortable, but this is what the American left is all about," she wrote. "And they are America last in every single way."