GOP buried for sticking with Marjorie Taylor Greene by CNN panel : 'Pre-Trump this is unimaginable' 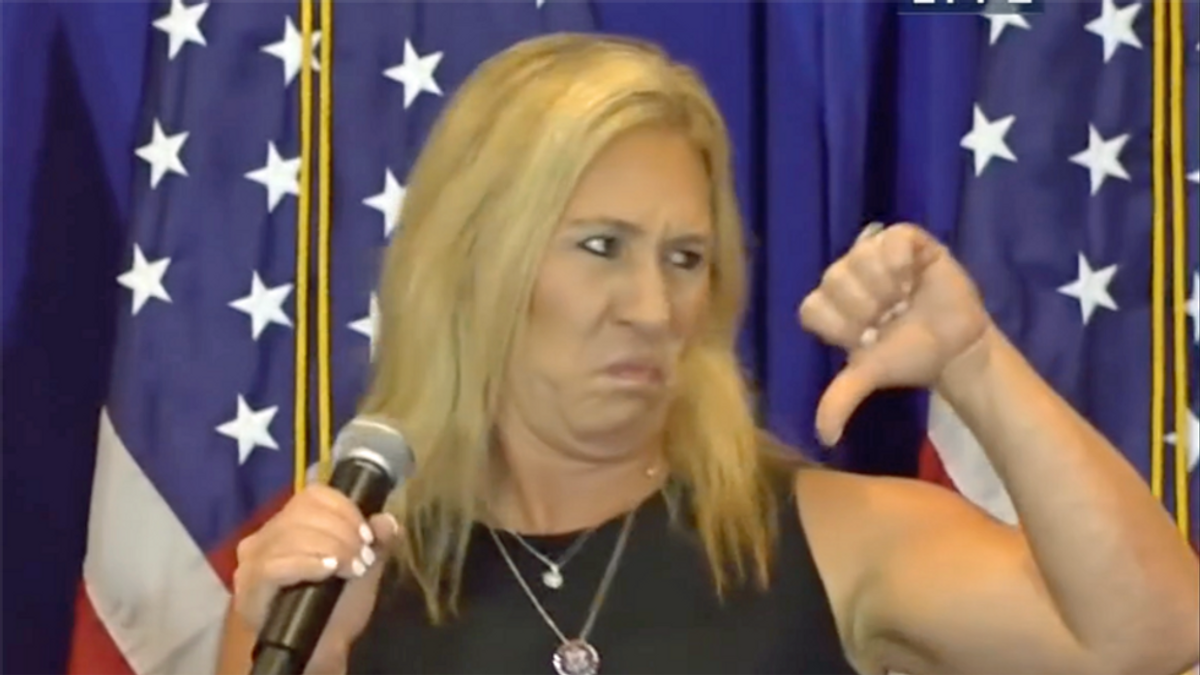 A CNN panel on Monday buried the Republican Party for sticking by QAnon-loving Rep. Marjorie Taylor Greene (R-GA) even as she continued to make outlandish statements comparing mask mandates to Nazi concentration camps.

While House GOP leader Kevin McCarthy (R-CA) stripped Rep. Liz Cheney (R-WY) of her leadership position for refusing to stop criticizing former President Donald Trump, he so far has completely shied away from even criticizing Greene, who in recent months has gained a reputation for stalking Democratic colleagues.

CNN senior political analyst Kirsten Powers said that it's impossible to imagine any party tolerating Greene's behavior -- unless that party happens to be lead by someone like Trump.

"It's not okay for one member of Congress to be harassing another member of Congress," she said. "That has to violate some sort of basic rule in Congress, you would think. I think Kevin McCarthy has to deal with the fact that he has someone making these outrageous sick comments about Jews. We have to remember: Pre-Trump, this is unimaginable."

Journalist Mara Schiavocampo, meanwhile, told the panel that Greene is still in good graces with the House GOP because she speaks for the GOP base.

"She knows that controversy sells and seen what it's done for Trump's political career and is taking her cues from that playbook," she said. "That's why we're seeing her double down on this."

GOP buried for sticking with Marjorie Taylor Greene: 'Pre-Trump this is unimaginable' www.youtube.com