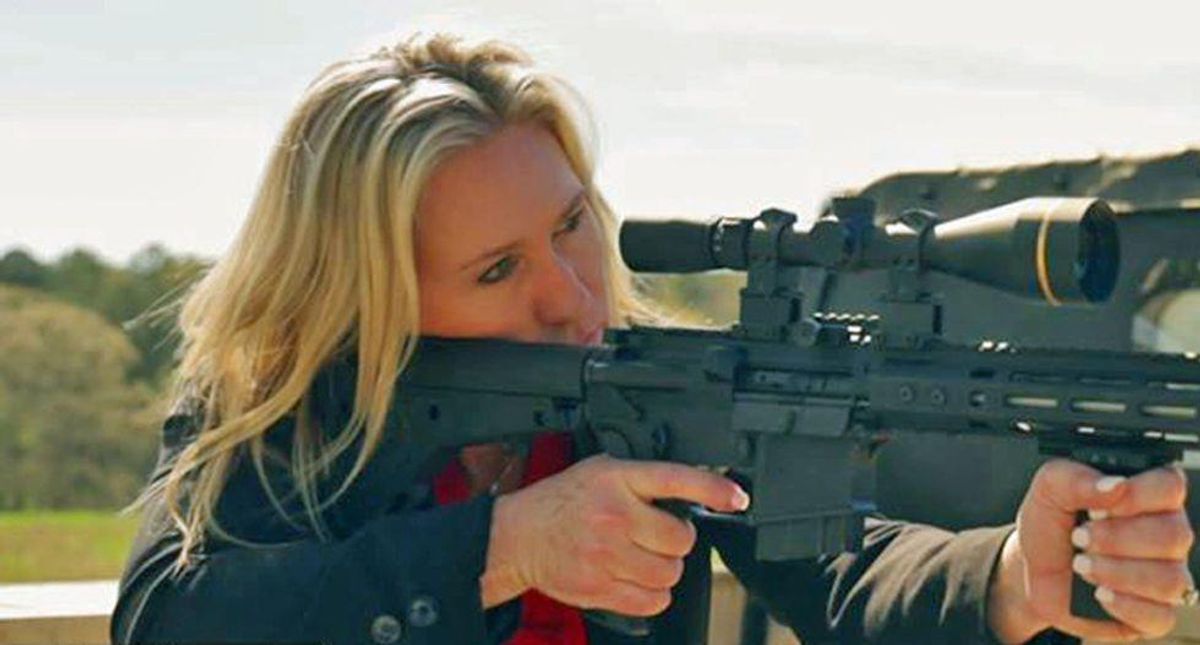 "We all love our Second Amendment rights and we don't like the federal government coming on our property to tell us what to do," Greene said. "You have HIPAA rights and you do not have tell your medical information and you can tell them to get off your front porch and get off your front lawn."

Speaking at a sold-out Civic Center in Dothan, Greene also called the House of Representatives, in which she serves, "evil."

"I cannot believe I work in that place," she said, adding that she carries around a list of the 11 Republicans who voted to strip her of committee assignments based on her past incendiary comments and apparent support for violence against Democrats.

In recent months, Greene has compared COVID-19 precautions to the Holocaust and labeled vaccine door-knockers as "brown shirts," another Nazi reference.

Greene was joined at the event by Republican Alabama Reps. Mo Brooks and Barry Moore.

"She is brilliant. She is so nice, but she is a fighter," Moore reportedly told the group in introducing Greene.

"She will fight a circular saw in a phone book for the good of this country," Moore said, adding that House Democrats "have an AOC, but we have an MTG."