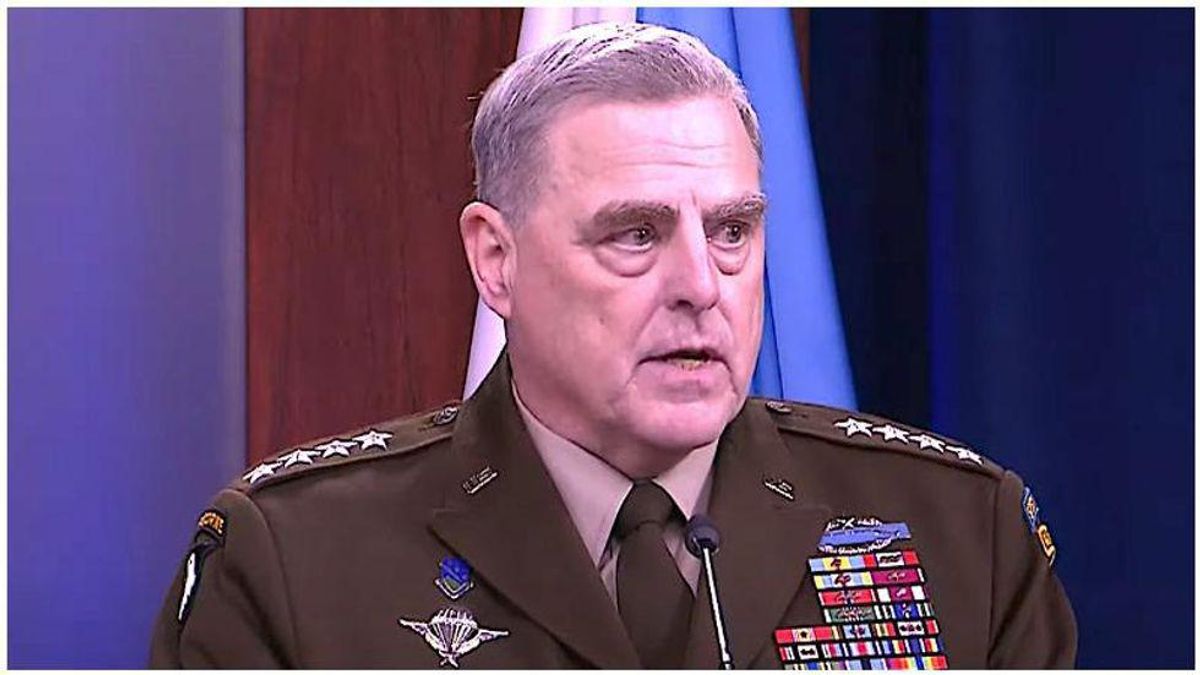 Joint Chiefs chairman Mark Milley can expect to face hostile questioning when goes before Congress on Sept. 28 after a new book revealed his behind-the-scenes maneuvering to minimize national security risks from Donald Trump in the final days of his presidency.

Newly released excerpts from "Peril," by Washington Post journalists Bob Woodward and Robert Costa, reported that Milley called his Chinese counterpart Oct. 30 and Jan. 8 to assure him that Trump would not attack, and he pledged to give him a secret warning if the outgoing president did decide to attack, and Republicans are irate, reported Axios.

"General Milley has attempted to rationalize his reckless behavior by arguing that what he perceived as the military's judgement as more stable than its civilian commander," said Sen. Marco Rubio (R-FL), who called the general's moves "a dangerous precedent" that "threatens to tear apart our nation's longstanding principle of civilian control of the military."

Reporting in recent books has shown that Milley and top Pentagon officials grew concerned about intelligence showing that China's own intelligence showed the possibility of a surprise strike by the U.S. in the waning days of Trump's presidency, and then-Defense secretary Mark Esper feared their misperception could spark a conflict that neither side wanted.

"I think they [the Chinese] were getting bad intelligence," one source told Axios, "a combination of 'wag the dog' conspiracy thinking and bad intel from bad sources."

Esper directed his policy office to assure China through back channels that the U.S. had no interest in a military conflict, and Milley followed up later in the month to make that message clear -- although it's not clear whether anyone at the Pentagon told Trump or the White House about their efforts.

"We'll both know if we're going to war," one source said, summarizing Milley's message. "There's not gonna be some surprise attack and there's no reason for you to do a pre-emptive strike."

Milley had been scheduled to appear on Capitol Hill at the end of this month to explain the chaotic withdrawal of U.S. troops from Afghanistan, but the hearing seems likely to focus on the new reporting from the end of the Trump administration instead of setting the record straight on his advice to President Joe Biden about keeping the Taliban in check.