'Projection is a hell of a drug': Matt Gaetz mocked after calling Fauci 'a sniveling little twit' 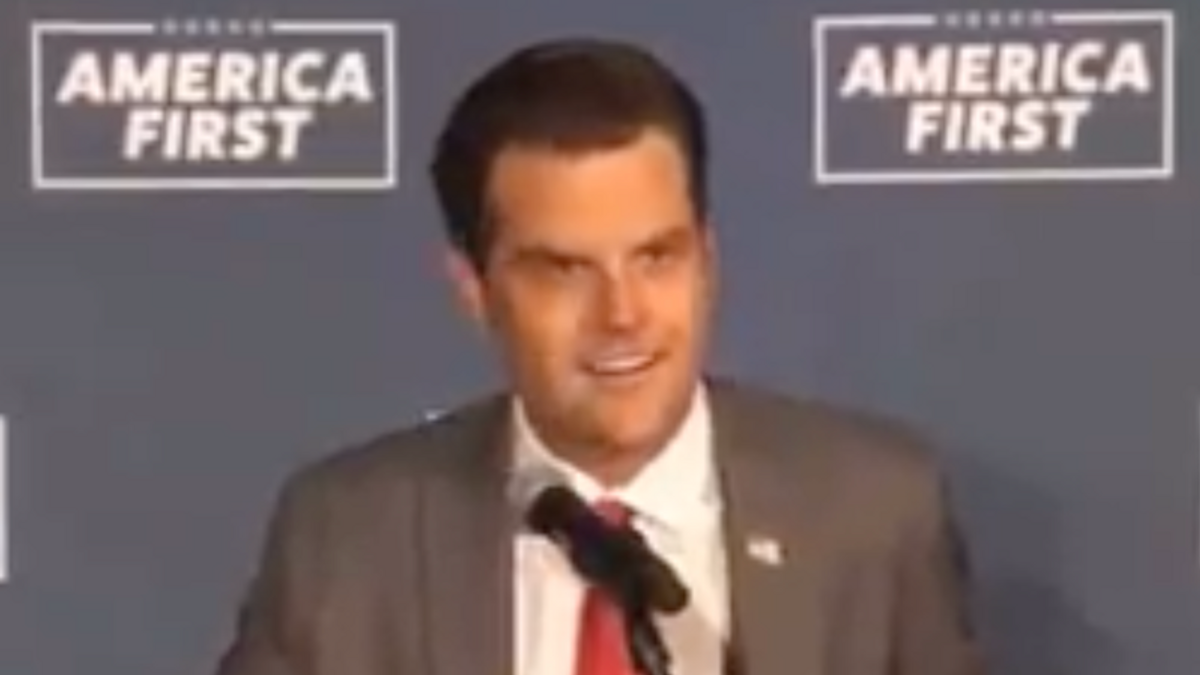 Gaetz made the comments during an "America First" rally with Georgia Congressman Marjorie Taylor Greene in Des Moines, Iowa.

"Speaking of government bureaucrats, I have heard enough of that sniveling little twit Anthony Fauci," Gaetz told the crowd.

According to the Des Moines Register, Gaetz also referenced allegations that he sex-trafficked a minor, which are currently being investigated by the FBI. He told the story of how he and Greene were recently barred from entering a D.C. jail when they went to check on Capitol insurrectionists.

"I have half the government trying to lock me in jail and the other half locking me out," Gaetz quipped.

Greene also referenced the allegations against Gaetz, saying people "have said awful things about him, things that are not true."

Reactions to Gaetz's attack on Fauci below.

There’s a guy out there just trying to get people to not die from a preventable illness, and an entire political pa… https://t.co/LVjMpSbCD3
— Chuck (@Chuck) 1629424644.0

Coming from someone who’s home state that has more covid cases and more children with Covid in this nation sick wit… https://t.co/5ixQZRVSIH
— craig (@craig) 1629428860.0