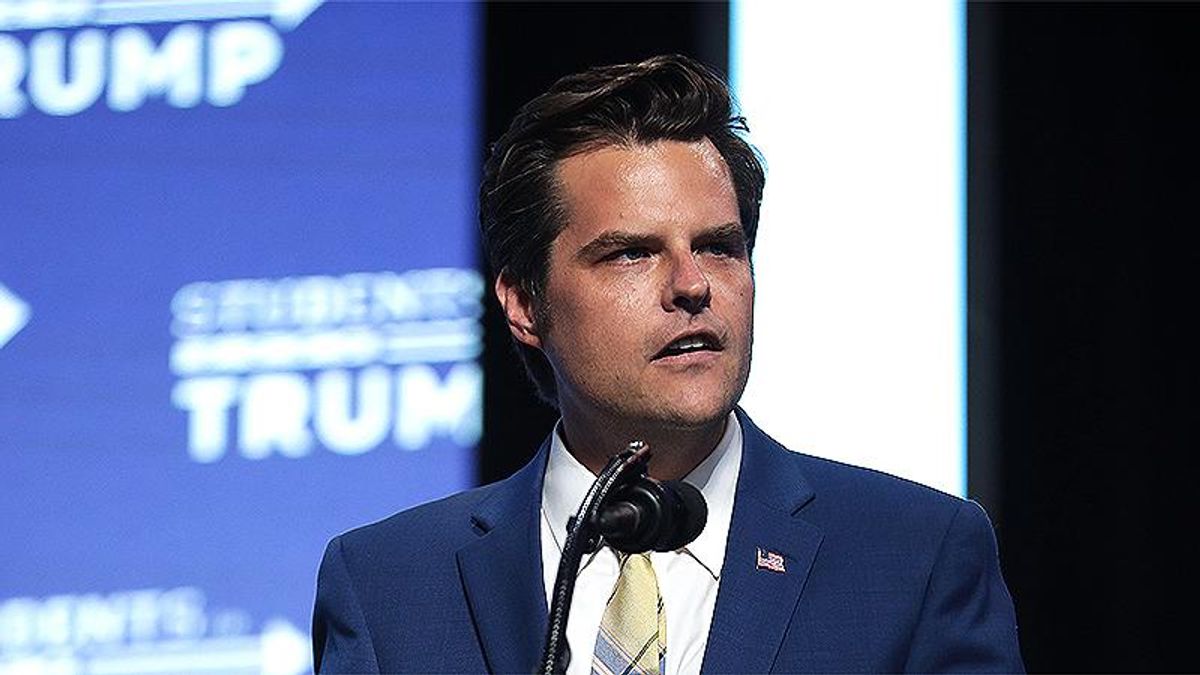 Gaetz is currently under federal investigation for underage sex trafficking and possible "cash and drugs" schemes for sex. He denies all allegations and claims they were fabricated as part of an extortion plot against his family.

One of the most revealing discussions was with Erin Scot, a former friend and debate team partner of Gaetz who, in her words, used to do "dumb kid things" with her in the summer. Their friendship eroded, however, when she realized that she was growing up, and he wasn't.

In particular, Scot said, the controversy surrounding Gaetz showing naked pictures of women he slept with to people in the Capitol did not start when he came to Congress — he's been doing it for years.

According to her, he whipped out a similar picture at a wedding rehearsal dinner in 2009, which was "definitely sexual."

"In general, it's like he always kind of wanted, regardless of whether it was a sexual conquest or any other sort of achievement, he was very big on letting you know that he did it," she said.

Scot actually blogged about this in 2010, when Gaetz first ran for state legislature.

"While the rest of us grew up, Gaetz stayed the same. He may have gotten his law degree and put on a suit and tie, but behind all that he's still the same guy who takes out his cell phone to show friends naked pictures of the women he's recently bedded," she wrote. "He can come and knock on your doors, smile for your photo ops, and hold all the babies he wants, but the fact of the matter is that Gaetz is a smarmy womanizer with no intention of doing anything for the district that doesn't first and foremost advance his political career."