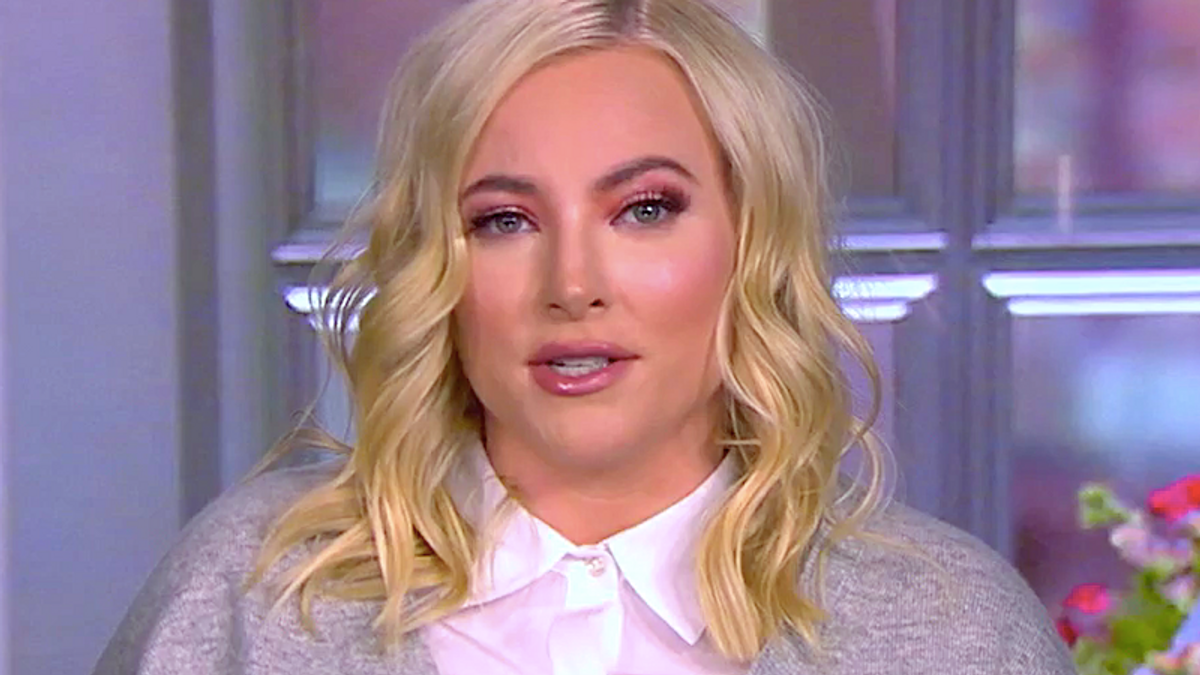 Meghan McCain on The View. (Screenshot)

"The View" co-host Meghan McCain is continuing to come to grips with the fact that the Republican Party she loves is going off the rails.

The conservative McCain, whose father John McCain served as a GOP senator and was the party's presidential nominee in 2008, is still reeling from the violent attack on the U.S. Capitol by President Donald Trump's supporters in an effort to overturn his election loss.

"Look, I've been ruminating over what I have gotten so wrong in the tenor within the Republican Party, because I had assumed after the attack that most Republicans would be for impeachment, and only 10 Republican congresspeople yesterday voted for it as opposed to 197 who voted against it," she said.

"I'm going to give you guys some cold water on this conversation, because I really feel like I need to live in facts right now because I'm so emotional," she added.

McCain cited a poll taken after the siege that showed 91 percent of GOP voters said they would vote for Trump again, and 78 percent said they believed the election had been stolen by Joe Biden, while another poll showed the president's supporters believe he should form his own political party.

"[Co-host] Sara [Haines] is saying we need to focus on coronavirus, there's lots of different kinds of viruses in the country, and if there's a virus going to impede one of the worst terror attacks of my lifetime, there's room for this," she said. "This is a divided, fractured party, and Trump is still wholeheartedly in charge. As much as I've called for his impeachment, I don't think it's going to happen. I don't think Republicans are going to come to the table for all the reasons I just said, because Trump is still ruling this party."

McCain said she's still holding out hope that there's a difference between GOP voters and Trump's most fanatical supporters.

"We need to be more nuanced in the way we're assessing this, and the way we're looking at this, and me, as a conservative," she said, "what we have to discover and figure out is how we can still talk to the populist base without ginning up this kind of hate and anger and violence in the country, and I, quite frankly, I don't know what to do to differentiate between a family that had gone to a Trump rally because they support his policies and thought he ran as a conservative, and the white supremacists and lunatics that stormed the Capitol, and that's the conundrum we're facing right now."