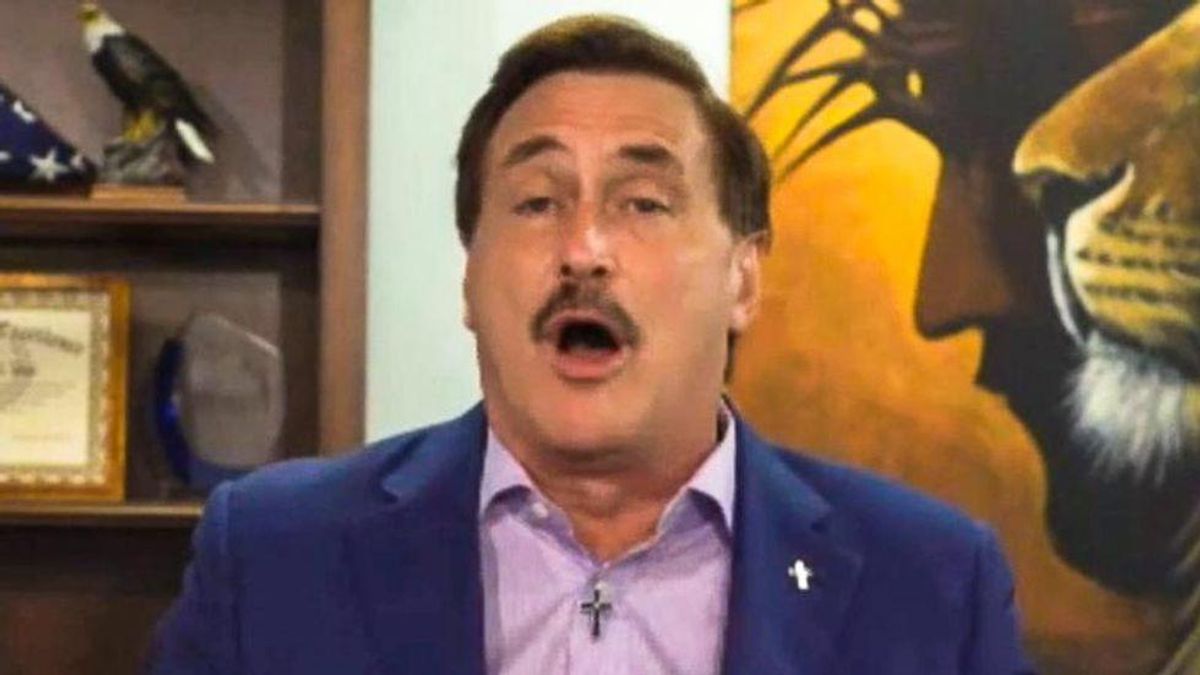 MyPIllow CEO Mike Lindell suffered a major blow on Wednesday when a judge in Washington D.C. smacked down his motion to dismiss a massive defamation lawsuit filed by Dominion Voting Systems.

As news of the judge's ruling broke, Lindell was on stage at his so-called "Cyber Symposium" aimed at exposing purported "voter fraud" in the 2020 presidential election.

A live stream of the Cyber Symposium showed that, within minutes of the ruling, Lindell abruptly got up from his seat and hurried off stage.

While there's no indication that Lindell's exit was directly related to the ruling, there's no doubt the lawsuit has been on his mind since it will cost him $1.3 billion if it is successful.