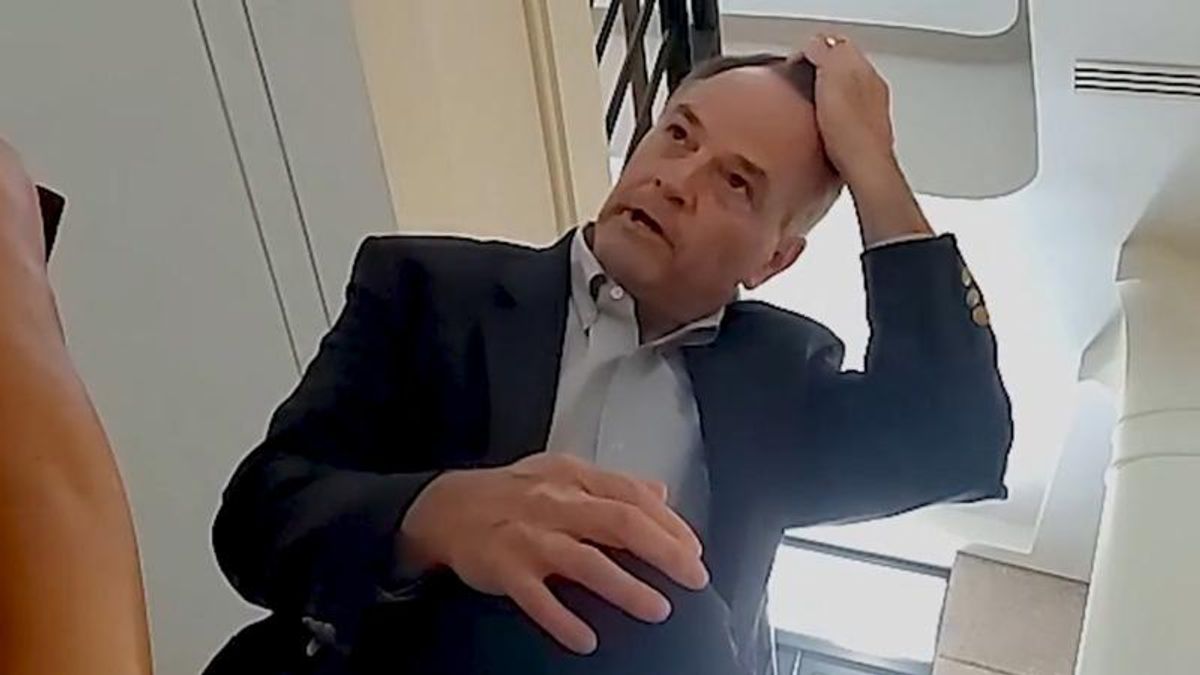 In a new video from researcher and "undercover reporter" Lauren Windsor, a Texas Republican is blaming "the left" for Mike Lindell humiliating himself publicly by spouting bogus election fraud claims.

In the wake of a CNN interview in which Lindell provided his "proof" that the 2020 election was stolen from Donald Trump, Texas state Rep. Steve Toth, a Republican, is blaming liberals for setting up the CEO of MyPillow.

Toth told Windsor's colleagues that he was going to file a bill again to demand a "forensic audit" of the Texas election, where Donald Trump won.

"Problem is, this is not done electronically and that's the course that Mike Lindell is on right now, with MyPillow. And the problem is I think he's being set up."

"By the left," Toth continued.

"Right. And they're feeding him bad information?" the person wondered.

"It's one of these things where it's — look what the left hand's doing. 'Look, look, look, look.' Even though it's the right hand," the Republican said. "So, like, if you pay attention to what happened in Georgia, it was all paper. If you pay attention to what's going to come down in Arizona, it will be all paper. If you follow .... you know who Al Franken is? The comedian? Well when he left SNL, he ran for the Senate in Minnesota. And you guys are probably too young to remember this it was like 12 years ago. He was behind by 3000 votes. At midnight. It was a done deal and then in the dead of night, four boxes of paper comes in. So, they've been doing this forever now — 100 percent of it was for him."

He went on to say that Democrats are trying to claim that it's all about electronic voting machines so that elections will go back to being done on paper.

"They're foisting this scam on us and the Republicans are buying into it. It's paper. I'm just trying to figure out what the mood is, out there for, what kind of appetite people have to say, 'Well, it's China, that China infiltrated our electronic voting and somehow threw the vote,'" he concluded.

It's unclear how the problem is linked to paper ballots. Lindell has been focusing on the electronic voting machines and former President Donald Trump is demanding access to "the routers."