On eve of 'Trump reinstatement,' Mike Lindell says he knows he's going to win because of God

MyPillow CEO Mike Lindell closed his symposium Thursday saying that he knows he's going to "win," though it wasn't clear what it was he would win.

Speaking to his friends at The Victory Channel, Lindell claimed that God gave him his platform, and that's how he knows he'll win. Lindell has promised that tomorrow, Friday, Aug. 13, 2021, President Joe Biden and Vice President Kamala Harris will resign and, somehow, former President Donald Trump will be reinstated.

"The morning of August 13 it'll be the talk of the world, going, 'Hurry up! Let's get this election pulled down, let's right the right, let's get these communists out, you know, that have taken over,'" Lindell told Brannon Howse in early July.

Mike Lindell says by August 13, the talk of the world will be to overturn the election and get the communists out.… https://t.co/kITtmz2vL7
— PatriotTakes 🇺🇸 (@PatriotTakes 🇺🇸) 1625492700.0

Lindell then backed off the theory, explaining that he never said "everything" would change. Indeed, he promised that the Supreme Court would see his "evidence" of the election fraud and vote Trump back into office with a 9-0 ruling.

The Department of Homeland Security is already bracing for riots, noting Wednesday that the lies from Trump are fueling calls for violence.

Lindell has spent the past several days claiming he has the evidence that would reinstate Trump, but when the time came, he failed to present it and his own experts denied that it had anything to do with Chinese hacks of the 2020 election.

The "Tweet from God" account mocked it, saying that the platform was for Lindell to jump off of it. The tweet was deleted after about five minutes, however. 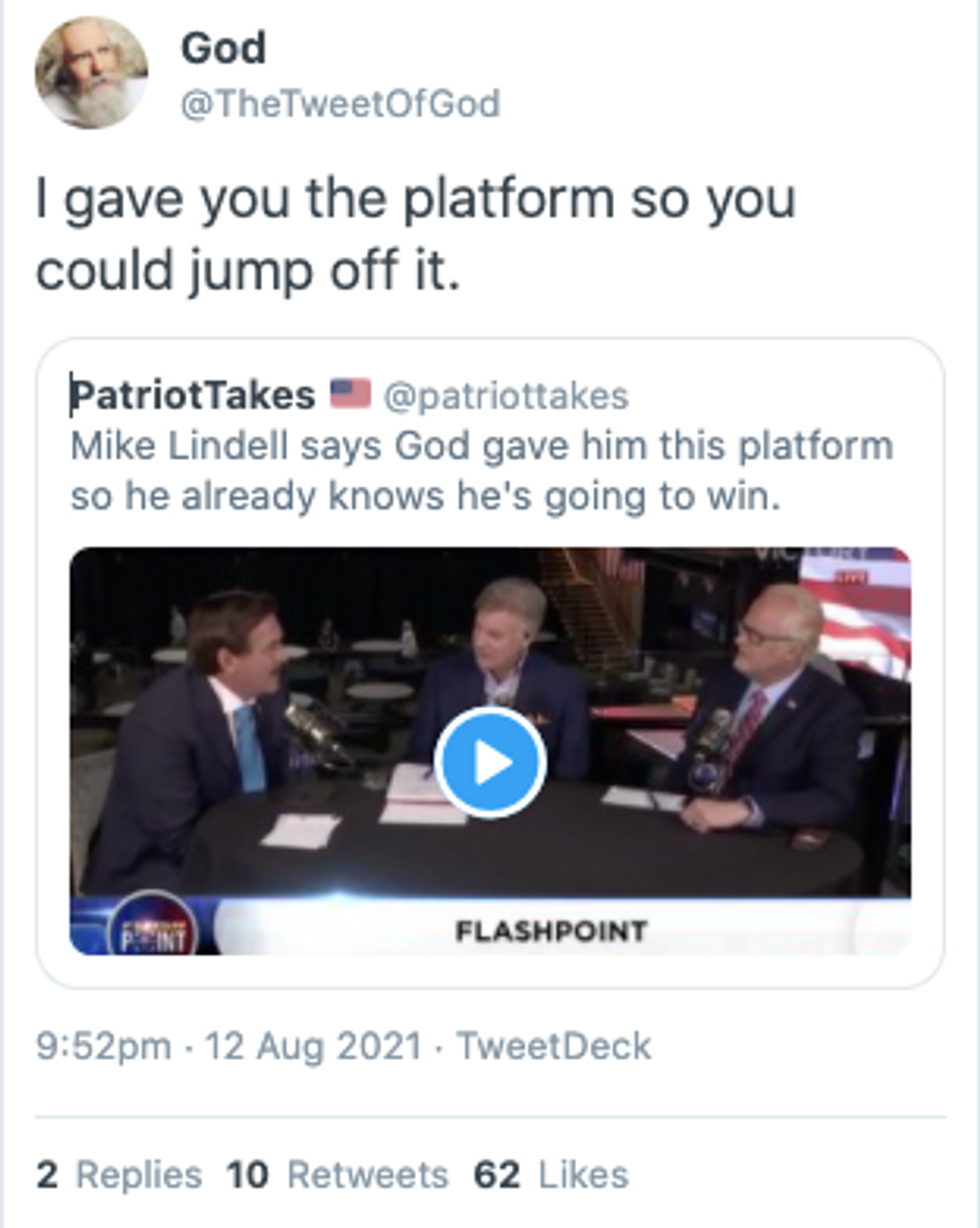