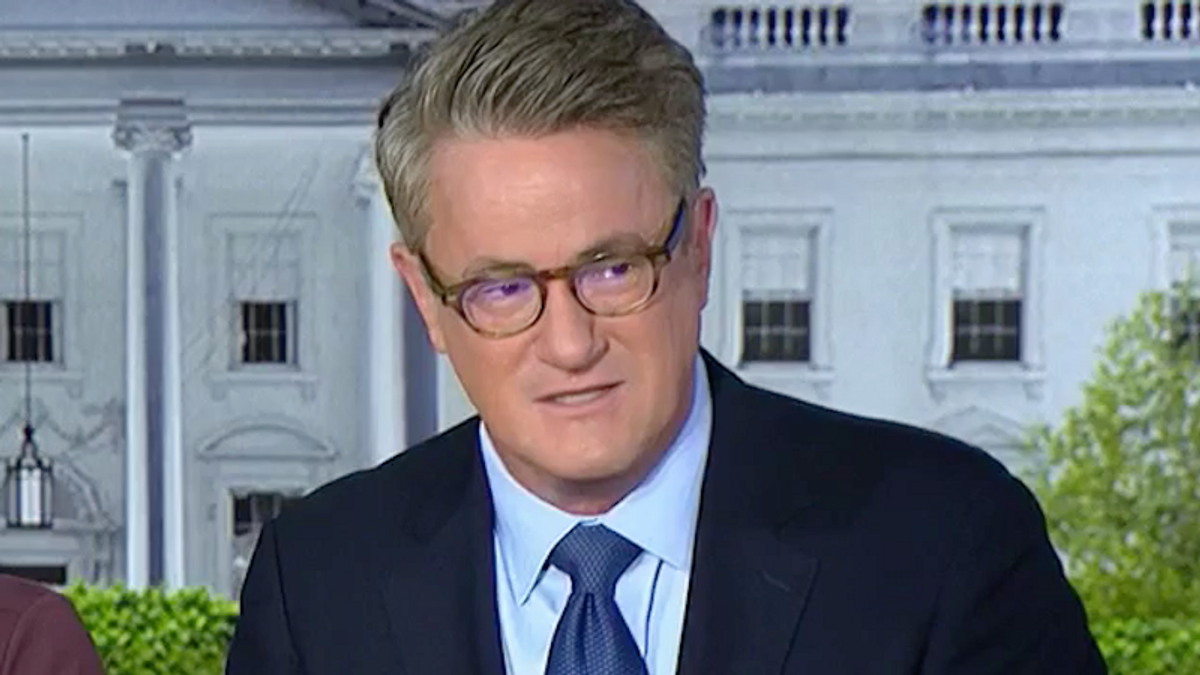 The Republican governor justified his state's new abortion restrictions by saying rape victims would not be harmed because his administration would somehow stop sexual assaults, and the "Morning Joe" host was among many who were shocked and appalled.

"I don't know where to start," Scarborough said. "Why don't we start by showing how Texas fares when it comes to rapes -- more reported in the state of Texas than any other state in America, and my god, if that's the number that's reported, it's chilling to figure out what that real number is, and so here, the top state and the most reported rapes has a governor saying we're going to stop all rapes."

The Texas law allows private citizens to sue anyone for $10,000 who assists a woman in obtaining an abortion after six weeks of pregnancy, which Scarborough and others have described as vigilante justice.

"People who are pro-life, who are lawyers, who I have talked to over the past several days that say this is the worst precedent they could imagine," Scarborough said. "What happens when New York state decides to ban handguns, and do it in a way where it's not enforced by an attorney general but if your neighbor sees you with a handgun, they can get you fined $10,000 -- etc., etc. Imagine what the right would do in that case. That's why you're hearing more of a muted response from the right on this, because they know that whether you're a conservative or a liberal, this is unconstitutional, and for the life of me, for the life of me, I can't figure out why those five justices not only put the court, but the country in this place."

"Again, let's slow this down for a second," he added. "Let's think about this for a second, and one of the largest states in America, a constitutional right that 70 percent of Americans don't want overturned, that only 28 [percent], 29 [percent], 30 percent, if you have been looking at polls over the past 30 years want overturned. That constitutional right has been taken away in the state of Texas based on procedure. That's bizarre, it's dangerous, and the precedent, it's just godawful. I would love to know what the five justices thought who said, yeah, you know what, we're just going to take away a constitutional right based on procedure."