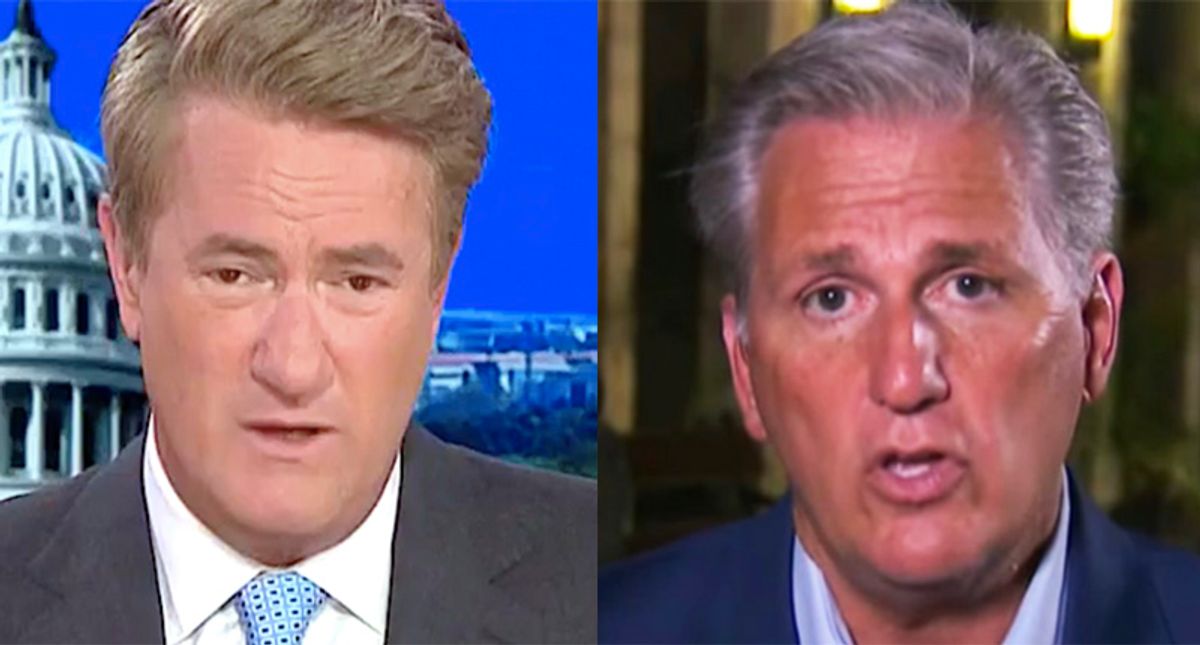 "It's dividing the Republican Party, and its leaders think they can have it both way," Scarborough said. "I look at Kevin McCarthy, who on Jan. 6 condemned Donald Trump for what happened, because you had anti-democratic radicals, insurrectionists who wanted to overturn an election result because they didn't like the outcome. They didn't like the fact that the majority of Americans or more Americans voted for Joe Biden than Donald Trump, so they tried to overturn the election. Kevin McCarthy had first criticized it, then he went down to Mar-A-Lago to embrace Donald Trump."

"Here we had the xenophobic caucus come out last week, which, you know, I don't know -- is it just pure, is it a white nationalist caucus?" he added. "Because I know they were saying things that got Steve King kicked off of his committee, not so many years ago. I'm sure Steve is going, 'What? I guess timing is everything, but they have a caucus for what I got kicked off my committees for?' So what happened after that? Kevin McCarthy came out and tweeted and criticized, without using their names, criticized that caucus. So, you know, a house divided against itself cannot stand, and this is a Republican Party who understands that there's an angry base that is corroding its ability to continue being competitive in national elections, but they keep going back, and they keep trying to have it both ways, and in a case like this, if you're talking about white nationalism or if you're talking about fascism, you can't have it both ways. You've got to choose one side or the other."