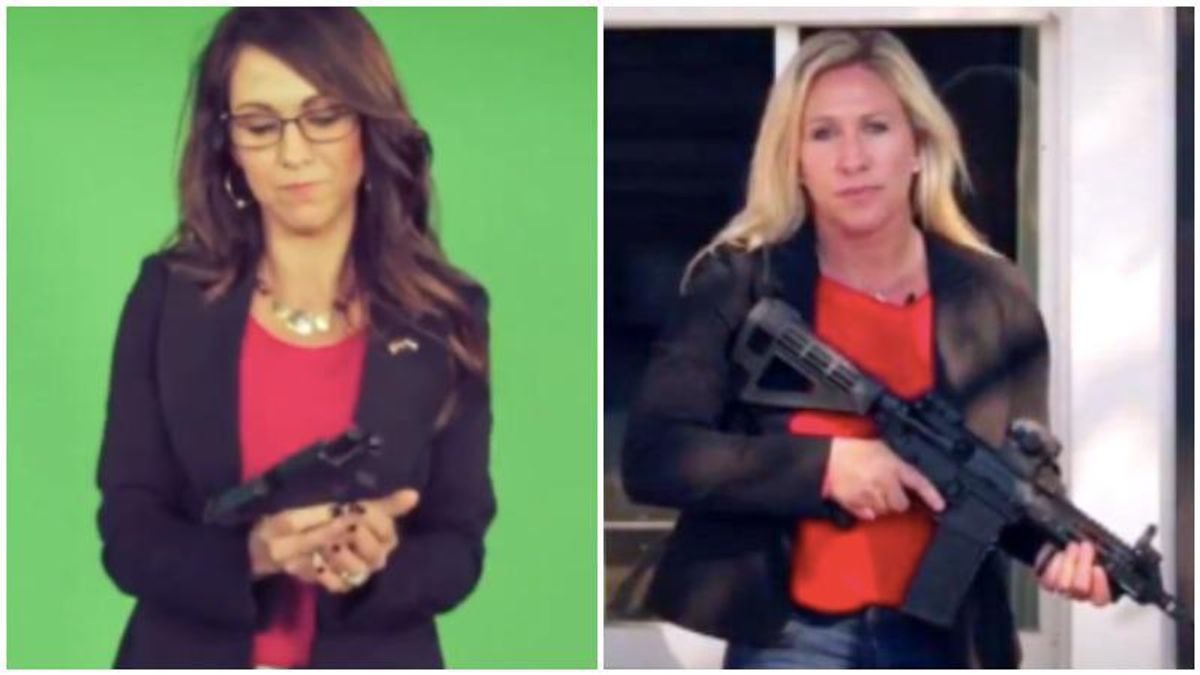 MSNBC's Joe Scarborough warned that Qanon cultists in Congress were putting their colleagues in danger.

Rep. Alexandria Ocasio-Cortez (D-NY) and other members of the so-called "Squad" worried that Republican lawmakers who've expressed support for the right-wing conspiracy theory or white supremacist groups would direct President Donald Trump's supporters to their location during the violent Capitol siege, and the "Morning Joe" host said those fears were justified.

"She's not being paranoid," he said. "Neither are other members of the so-called 'Squad' being paranoid when Donald Trump is inciting crowds telling them to go back where they came from."

"I want you to contemplate this," Scarborough added. "A sitting member of Congress ran a political advertisement where she was holding a gun and she said she was going after Democratic members of Congress when she got elected, and of course AOC was one of those targets. I'm sure the others were the Squad members."

The mob that stormed into the Capitol chanted "hang Mike Pence" and sought out House Speaker Nancy Pelosi, and Scarborough said Republicans who claim they'll carry guns to work or sidestep the newly installed metal detectors outside Congress posed an obvious threat to their colleagues.

"Do they have a reason to be fearful for their life?" he said. "Are they being paranoid? No. Just imagine if you had to go to work today and you had a member working in your office that had sent an email around and somebody, a co-employee, was carrying a gun and said, 'I'm coming after you,' and had your picture up there. Would you feel safe going to work? Would you go to H.R. and say, 'I think this person needs to be fired,' and if they couldn't be fired, you probably would want metal detectors up because they have already threatened to kill you."

"A week after an insurrection took place, Republican members with this as a background, they're pissed off that they've got to walk through metal detectors?" Scarborough added. "What planet are these people on? They laugh when they are locked in a room with a cancer survivor who politely asks them to put on masks and now she has COVID. Who are these people?"