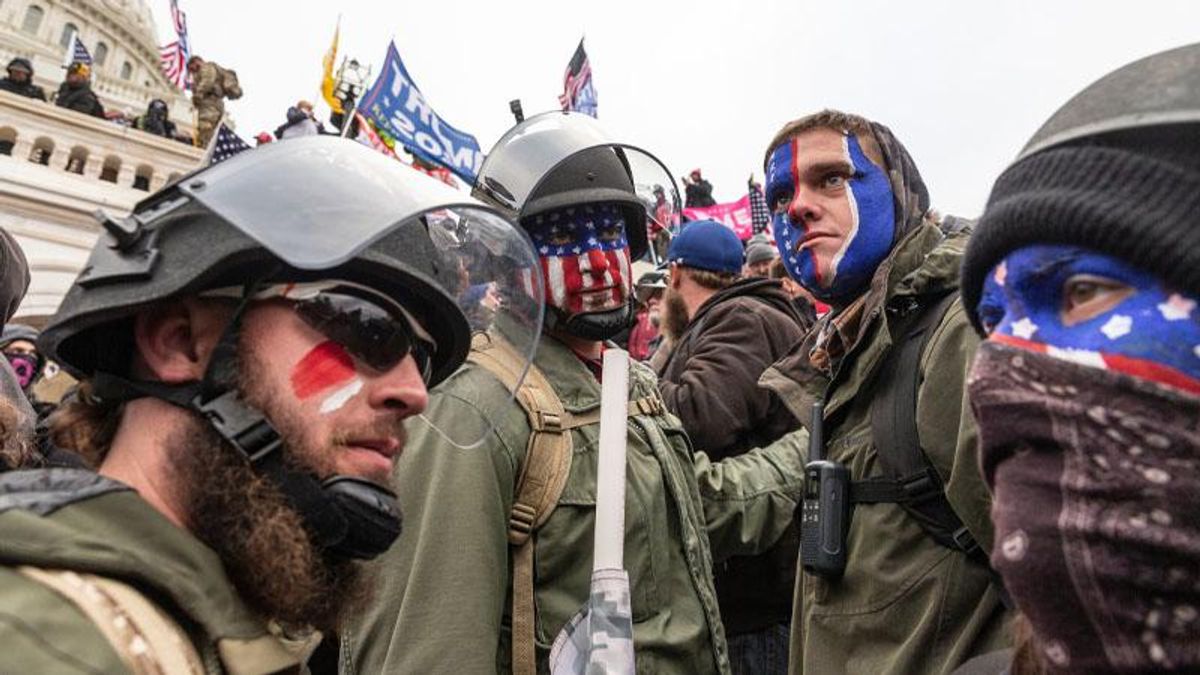 "Something disturbing has happened with evangelicals in this country where we have become prone to conspiracies and believing the worst about our enemies, where we end up placing the Republican Party and ourselves as Americans first before true Christianity," said Michigan pastor David Rice.

Rice, who leads Markey Church in Roscommon County, Michigan, said a woman complained his sermon on the U.S. Capitol riot was "too political," and followed up with a litany of conspiratorial fantasies about President Joe Biden, Antifa and Black Lives Matters that was strongly influenced by Qanon beliefs -- and the pastor tried to talk her down.

"You need to know how crazy this is," Rice told the woman. "You have been with my family and in my home and I care for you but you are dabbling in darkness. You are telling me it's giving you hope. I'm telling you as your pastor that it's evil."

The woman hasn't spoken to Rice since, and other pastors report that conspiratorial thinking began rampaging through their congregations during the nationwide Black Lives Matter protests last summer.

"Older members would ignore Black Lives Matter and instead say we had to focus on sex trafficking," said Jared Stacy, who led a Southern Baptist church in Virginia until recently moving to Scotland with his family. "It's like 2020 just exposed so many undercurrents that were already there and growing. How could I compete with an hour of a sermon on Sunday with a person who was committing hours and hours to media and information on YouTube and Facebook?"

Religious extremism is fundamentally at odds with democracy, especially when they're based on conspiratorial fantasies about pedophilia and satanic sacrifices.

"Religious terrorism tends to be more lethal, because people believe they're serving a higher purpose by committing acts of violence, as opposed to secular groups or ethno-nationalists who are fighting over territory or land," said Colin Clarke, a senior research fellow at The Soufan Center. "You can't negotiate with these people, and you especially can't negotiate with QAnon, because how do you assuage grievances that don't exist?"

Clarke compared the phenomenon to the radical anti-abortion movement that has spawned its own violent extremists, and some Republicans are concerned that Qanon's core beliefs are creeping into mainstream conservatism.

"There's just a huge general overlap in that most of the Republican Party base voters now are conspiracy believers," said Joe Walsh, a former GOP congressman. "Because the base is evangelical, the base is now conspiratorial, and they are one and the same."

Another former GOP congressman, Denver Riggleman, sees parallels between the Qanon radicalization of evangelical Christianity and radical Islam, and he's afraid white evangelicals are being increasingly drawn into a "messianic" and "apocalyptic" cult.

"This has grown well beyond just something that we can categorize as QAnon," said Riggleman, now a chief strategist with the Network Contagion Research Institute after losing his seat to a right-wing primary challenger. "It's almost become a conspiracy industry that is evangelical."

Walsh said violence was an inevitable endpoint to religious extremism, and he said the Qanon-evangelical crossover poses a threat to mainstream Christianity.

"We're going fall into the world where all of the people like me — all of these conservative Republicans who demanded that the government do what it has to do to weed out radical Islam in our country — they are going to be the ones standing at the church door, telling the government to stay out," Walsh said.