Republicans ought to be calling for Trump's resignation or end the GOP: Veteran reporter Carl Bernstein 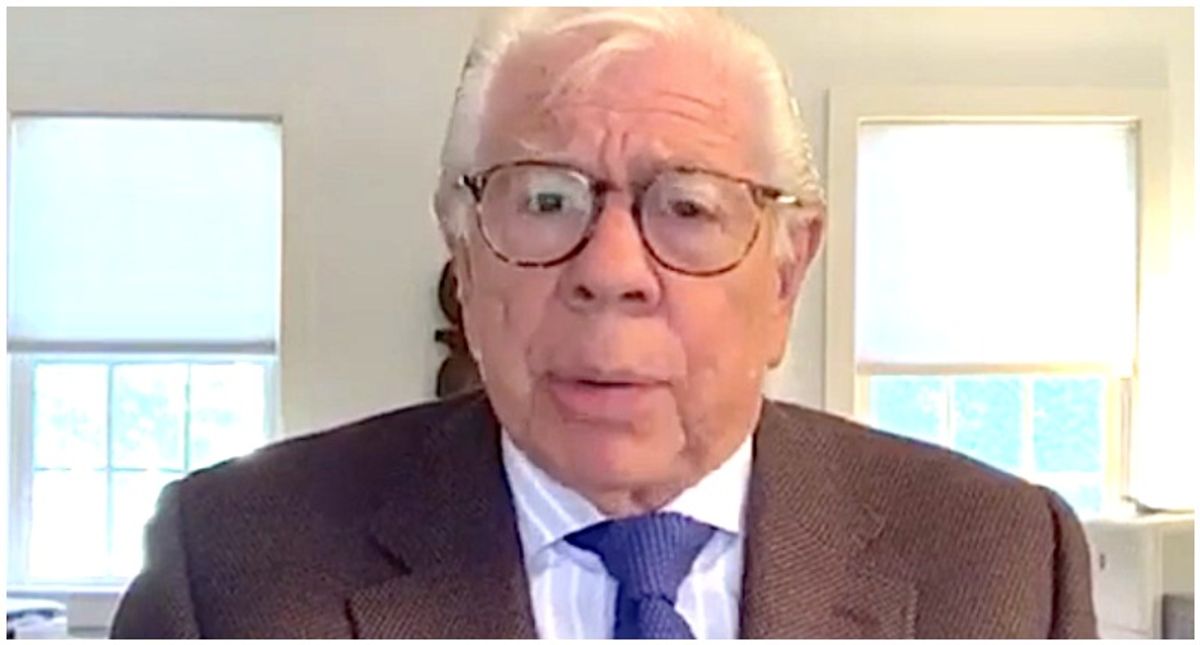 Veteran Watergate reporter Carl Bernstein responded to the shocking tapes of President Donald Trump attempting to extort the Georgia Secretary of State, saying that it is "far worse than what occurred in Watergate."

"At the same time this one person subverting the very basis of our democracy, and willing to act criminally in that subversion," said Bernstein. "But more importantly, what we hear on this tape -- this is the ultimate smoking gun tape. It is the tape with the evidence of what this president is willing to do to undermine the electoral system and illegally, improperly, and immorally try to instigate a coup in which he remains the president of the United States."

He explained that in a normal White House the new Trump tape would be enough to impeach and remove the president and draw a serious investigation from the Justice Department.

"In any other presidency, this tape would be evidence enough to result in the impeachment of the president of the United States, his conviction in the Senate of the United States, and really an immediate call by the members of Congress, including of his own party, that he resign immediately," said Bernstein. "That's really what we ought to be hearing. 'Mr. President, resign, leave the White House, this is unconscionable, it is wrong, and we of your party will not permit it.' We won't hear it. We might from a few Republicans, but that's what's really called for here. The heroes of the Watergate were Republicans who would not tolerate Richard Nixon's conduct."

He went on to call the demand by Trump for Georgia Secretary of State Brad Raffensperger to come up with the votes for him "plus one" and illegally deliver the election "criminal."

"We've never had a tape like this before, including the Nixon tapes," he continued. "As for heroes yes, the secretary of state of Georgia is a hero, but so are hundreds of election officials and state officials who have done their job, stuck with it, despite threats, including to their safety and health. We have a number of heroes here. Where we have not had heroes is the Senate of the United States, particularly Republican members, except for a few who have been craven, refusing to condemn this kind of out of control conduct, and the real disgrace in the House of Representatives, more than 140 probably a majority in the Republicans in the House, willing to promulgate and continue this idea, despite the evidence of upending a legal, proper election in which the evidence is clear, the results are clear? This is fantasy. It's not delusion, because they know what they're doing is fantasy. And the question is: is some real leader of the Republican Party" going to stand up?

He noted that Rep. Liz Cheney (R-WY) has done it but Senate Majority Leader Mitch McConnell certainly hasn't and Bernstein said he doubts McConnell will. If he did, however, Bernstein said that it would curtail some of the irrational behavior in the Senate, but that it wouldn't put an end to it.

"All these Republicans from [Sen. Ted] Cruz (R-TX) all the rest of them who have participated in this sham, should be made to pay. This is not about two, simple, equal sides of an equation. There are no two sides to this question," Bernstein closed. "This is about democracy, fundamental principles and the astonishing thing is to see one of the great political parties, the party of Lincoln, the party of Eisenhower, etc, etc. What was also for a while the party of McCarthy, and now we have for the first time a president of the United States who has exceeded McCarthy's authoritarianism, his disrespect for the Constitution, the rule of law, and the Republican Party of our time with McConnell's leadership, with [Rep. Kevin] McCarthy's (R-CA) leadership, has gone along with it to their disgrace."

Republicans ought to be calling for Trump's resignation or end the GOP www.youtube.com