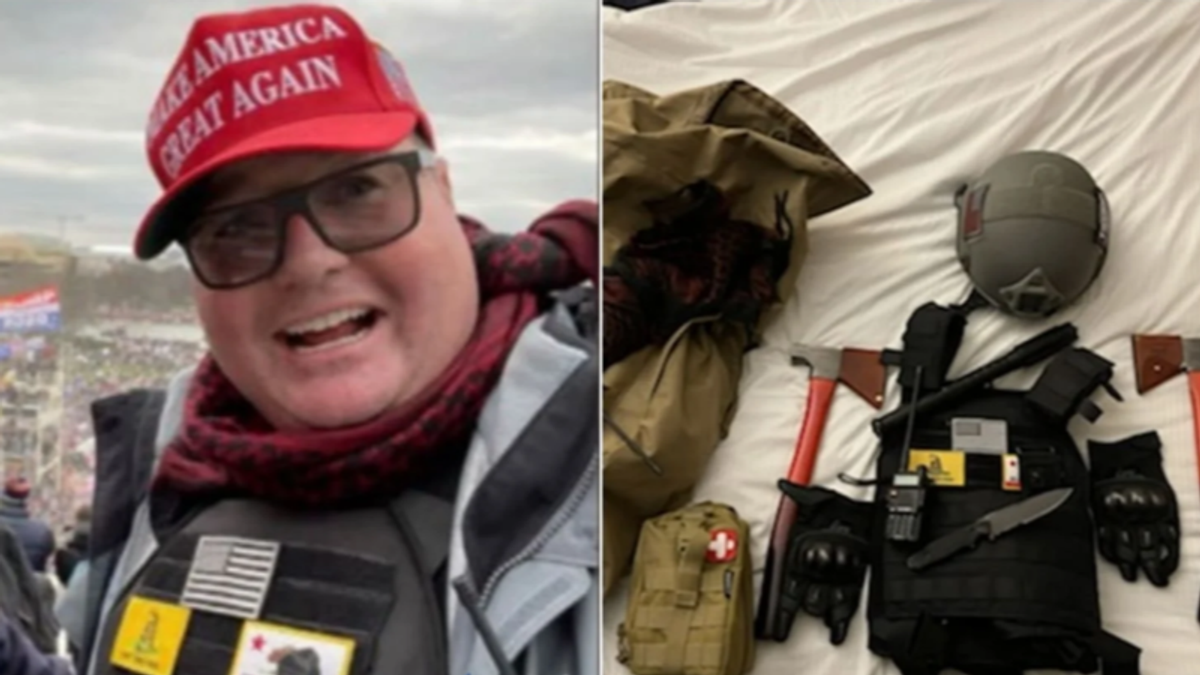 Prosecutors, however, outlined evidence that Taylor wasn't quite the easygoing family man his lawyer characterized him as.

"In a Tuesday court filing arguing for detention, prosecutors further laid out Taylor's coordinated efforts to plan an attack on the Capitol — including sharing a Jan. 5 photo Taylor took of his tactical vest, hatchets, knife, gloves, and backpack with the caption 'now getting ready for tomorrow,'" said the report. "From at least December, he texted [fellow rioter Alan] Hostetter about travel plans to D.C. and whether they should bring firearms. Prosecutors allege the pair are leaders of the American Phoenix Project, described as a group that 'advocate[s] for violence against individuals and groups who supported the 2020 presidential election results.'"

The FBI originally conducted raids in response to the American Phoenix Project in early February. The wife of Hostetter, a well-known schoolteacher in San Clemente, triggered bitter controversy in her Southern California community with her involvement in the insurrection.