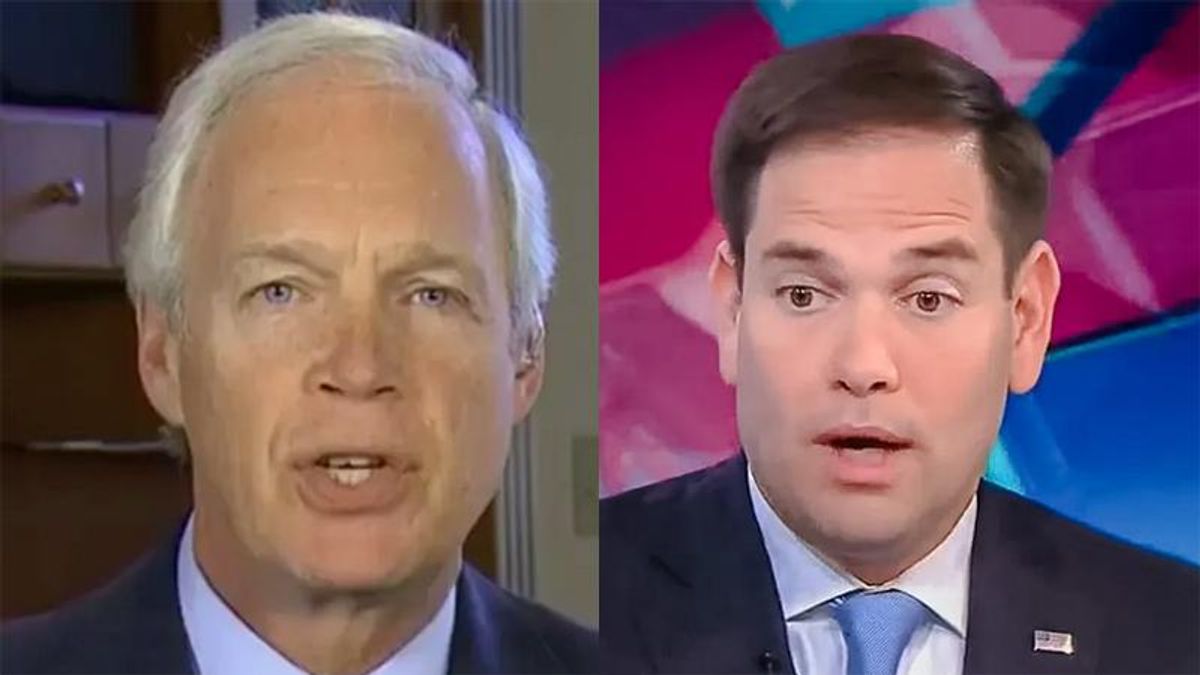 According to a report from Roll Call, Senators Ron Johnson (R-WI) and Marco Rubio (R-FL) are being targeted by Democrats for their refusal to vote for the COVID-19 relief bill, with both GOP lawmakers facing re-election in 2022.

Johnsons has been hedging his bets on whether he will run and Rubio won't face an insurgent campaign in the primary from Ivanka Trump -- which could have complicated his chances with supporters of her father -- but that isn't keeping Democrats from taking aim at both seats with an eye on expanding control of the Senate which is currently 50-50 with Vice President Kamala Harris as the tie-breaker.

The report states that the Democratic Senatorial Campaign Committee has already kicked off its campaign against the two, feeling they are vulnerable to accusations that they ignored the needs of their constituents who have been suffering during the COVID-19 pandemic.

In one recently released targetted ad, Johnson is accused of failing to help families who have been "suffering," asking "Why won't Ron Johnson stand up for us?"

Superimposed over clips of health workers doing their jobs, the text continues, "While our communities are still suffering, Ron Johnson voted against: $1,400 direct relief checks for Wisconsinites, increasing access to vaccinations, local funding to safely reopen schools, aid for small businesses and restaurants."

Johnson's prospects of winning re-election are already being questioned by some Wisconsin Republicans, with Fond du Lac County Republican Party Chair Rohn Bishop telling the Chicago Tribune, "I think if the election were a week from now he would be in a world of hurt."