'No one' wanted Rudy Giuliani at Trump's debate prep because he 'passed gas constantly': Michael Wolff 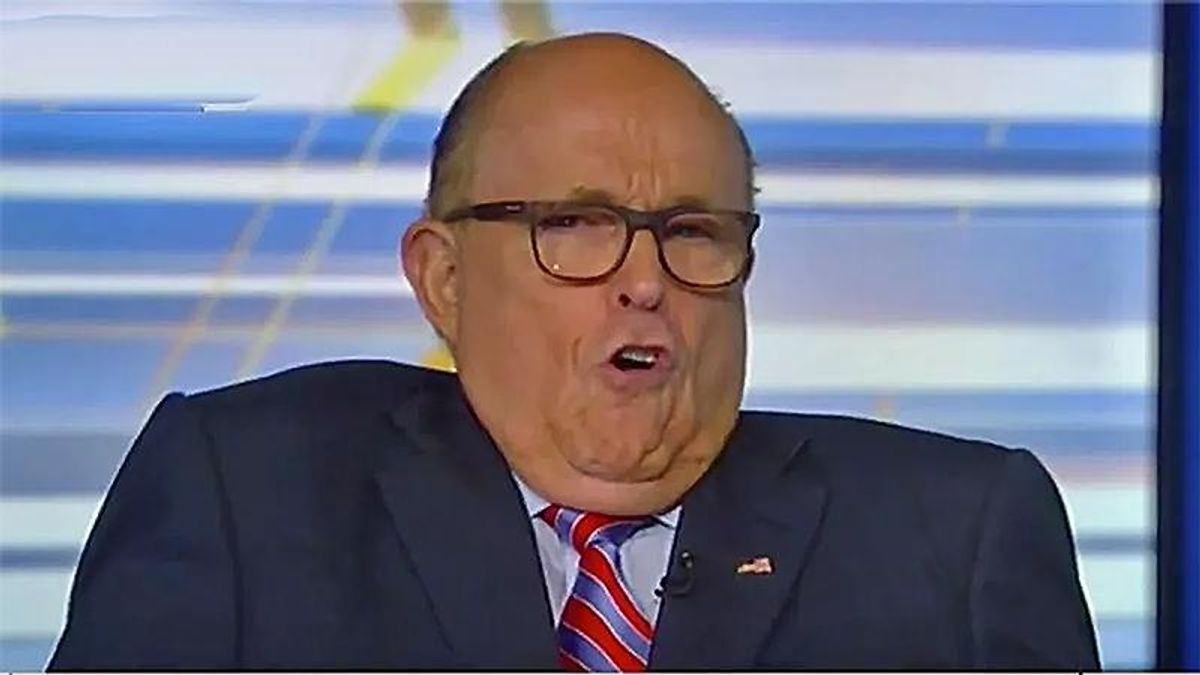 Speaking to MSNBC on Tuesday, Michael Wolff explained that most Americans don't fully realize how far Rudy Giuliani has deteriorated.

He told Brian Williams that the man, formerly known as "America's Mayor," is always either drunk or buzzed. His new book, Landslide, goes into even more humiliating details.

There were many allies of former President Donald Trump who were clamoring to help him prepare for his debate with Joe Biden. Former chief of staff Reince Priebus had one session with Trump, while Fox News hosts Sean Hannity and Laura Ingraham begged to help but were ignored.

The one time that Rudy Giuliani attended a session didn't go well and it speaks to why he wasn't invited back.

"Rudy Giuliani came once, but no one wanted him back," the book describes. "His phone rang constantly, and he couldn't shut it off. He shuffled endless pieces of paper without being able to find what he was looking for. He couldn't work his iPad to bring up what he wanted to show, reliably stalling meetings. And he went down rabbit holes—they could get Hunter Biden, if they could just find the guy who signed the forms to get Hunter the waiver to get into the military. And he passed gas, constantly."

Giuliani ultimately became the one whispering in Trump's ear that he should never accept defeat and that he should constantly proclaim that he won the 2020 election. Despite losing over 60 lawsuits, Giuliani then attempted to blame Mike Pence for not stepping in to save Trump.

Wolff's book, Landslide is out now.