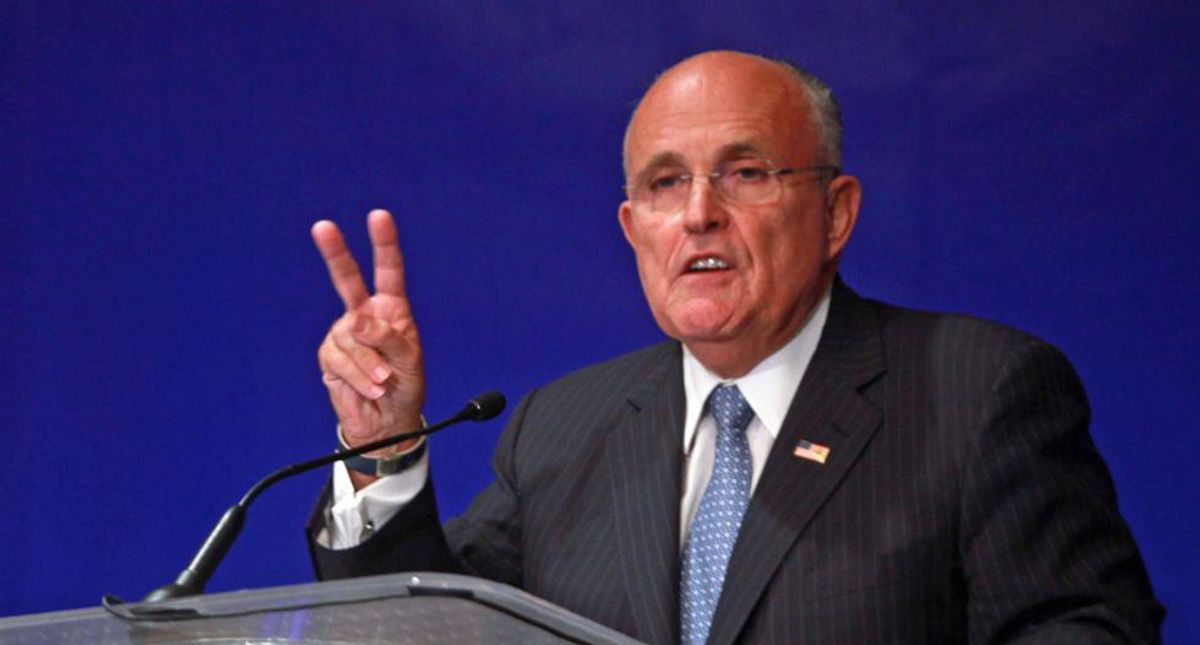 "I think [Donald Trump has] got a surprise or two that you're going to hear about in the next few days," Giuliani said Oct. 26, 2016. I mean, I'm talking about some pretty big surprises."

Two days later, then-FBI director James Comey announced the reopening of an inquiry into allegations that Clinton had mishandled classified information, which Trump and his Republicans used to bash the Democratic nominee.

However, Giuliani told the inspector general's probe of the possible FBI leaks that he had only spoken to former agents who had not knowledge of any investigations, and that anything he heard about Comey's actions were merely gossip.

Giuliani claimed the "surprise" he referenced was a speech that Trump would give about Clinton and had nothing to do with Comey.

The inspector general's office released a report on the matter Thursday that found no evidence that active FBI agents were in contact with Giuliani before the election nearly five years ago.