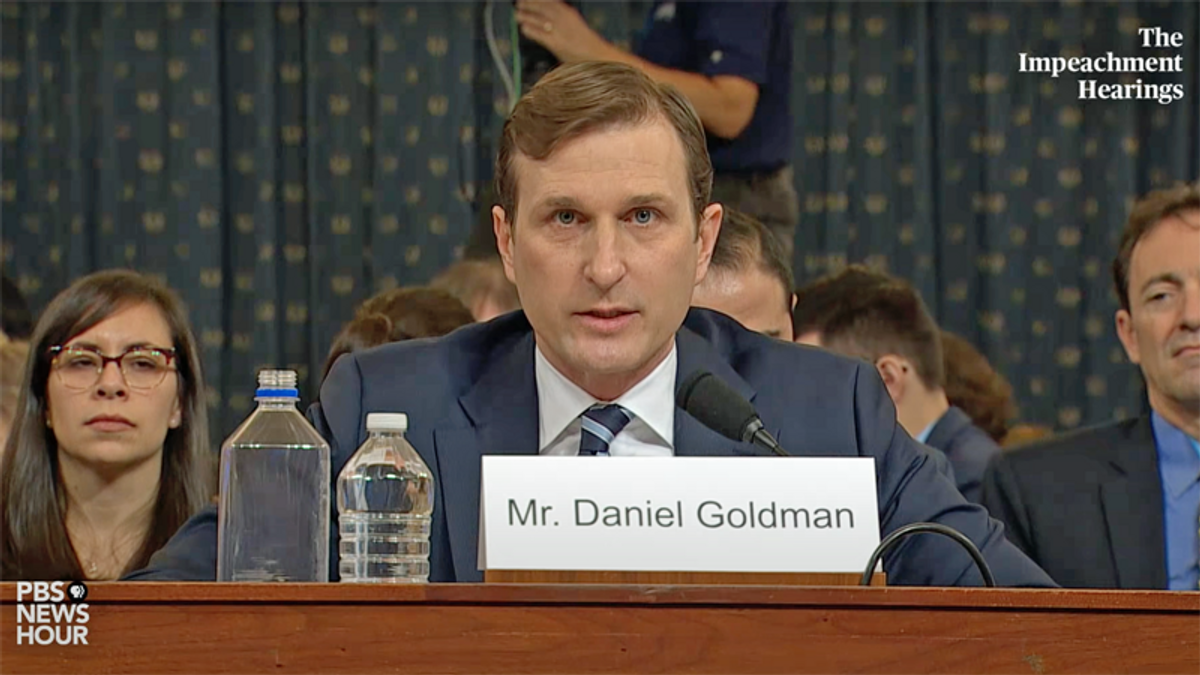 Since the Federal Bureau of Investigation served a search warrant on the former mayor, part of Giuliani's defense can be summed up as, "but what about Hunter Biden."

Andrew Giuliani first tried out this defense in a sidewalk statement to reporters following the FBI raid.

Republicans have been fixated on Hunter Biden, even though the FBI warned Giuliani he was the target of a Russian influence operation.

"Despite the alert, Giuliani went forward in December 2019 with a planned trip to Kyiv, Ukraine's capital, where he met with a Ukrainian lawmaker whom the U.S. government later labeled 'an active Russian agent' and sanctioned on grounds he was running an 'influence campaign' against Biden," The Washington Post reported Thursday. "That operation, officials said, involved Ukrainian officials and political consultants who the U.S. intelligence community has since concluded were acting as Russian proxies not only to smear Biden and derail his candidacy but also to curtail U.S. support for Ukraine."

In a Thursday evening appearance with Tucker Carlson on Fox News, Giuliani said he tried to give the FBI alleged Hunter Biden hard drives, but the agents refused to take them.

Giuliani, an attorney who once led the Southern District of New York (SDNY) prosecutorial office that submitted the search warrant application to a federal judge, received a legal explanation from Goldman -- himself a former SDNY prosecutor.

"The agents would not have been permitted to seize a laptop belonging to someone else because the search warrant application — and the probable cause — only related to Giuliani and his possessions," Goldman reminded.

"But I thought Rudy gave the laptop to the FBI long ago?" he added.

The agents would not have been permitted to seize a laptop belonging to someone else because the search warrant app… https://t.co/pNIACNZy5y
— Daniel Goldman (@Daniel Goldman)1619753517.0