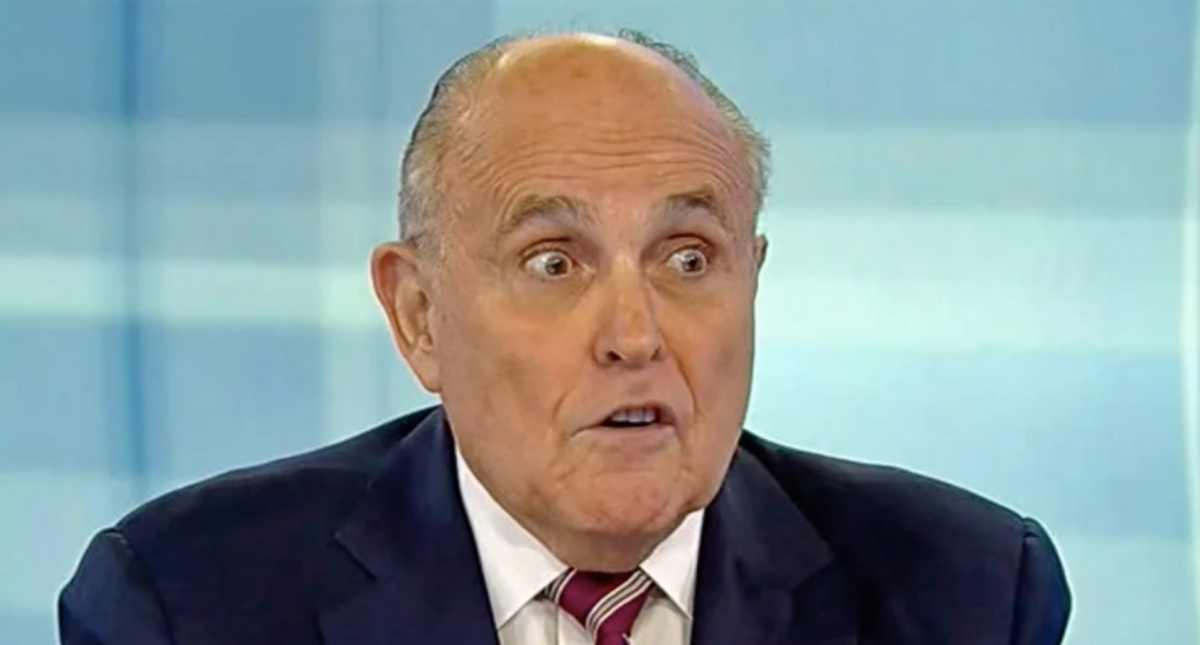 Prosecutors for the Southern District of New York have been in contact with the Department of Justice to discuss a warrant for Giuliani's emails, according to two sources who spoke to NBC News, setting off a politically and legally fraught process in Washington.

"It's really complicated," said NBC News reporter Julia Ainsley, "because not only is Giuliani an attorney, but he's the president's attorney. So when you talk about getting information, getting communications that are protected under attorney-client privilege, you have to go through main Justice and a lot of times they set up a filter team. These are people who have the very tedious task of reviewing communications, deciding what is protected, and then they are the ones who decide what to hand over to prosecutors so the prosecutors don't see anything that could be protected under attorney-client privilege."

But much of that evidence would likely be permissible for prosecutors to review, because Giuliani serves many roles for the president.

"He wears many hats, so some of the communications very well could not be protected by attorney-client privilege," Ainsley said. "But then you have the added layer he's the president's attorney, and that could be a reason why some of this investigation was at least, it kind of went quiet for a while. You can't take overt actions that's as closely tied to a candidate, and at that time, the president was a candidate, and the lead-up to the elections. That's why we may have not heard as much about this investigation."

Giuliani has been under investigation since February by the U.S. Attorney's office he once led, and Ainsley said that's heating back up now that the election is over.

"We know they're interested in the bank records a lot stemmed from his activity in the Ukraine," she said. "They were in the spotlight during the president's impeachment trials, and now we're hearing this is ramping back up. Two sources say it's ongoing, one telling me it is quote, 'very active.'"

Any investigation of Giuliani is bound to ensnare President Donald Trump somehow, and Ainsley said he'll be sorely tempted to pull the plug.

"There's a lot that investigators can come across in an investigation line this, especially with somebody like Rudy Giuliani, who is involved in so many pieces of the president's life," Ainsley said. "These are headlines that we'd expect the White House to look at and not just think, 'Oh, that's a Ukraine thing we put that to bed.' When you're talking about the communications of Rudy Giuliani, we're also interested in the communications he would have had with the president. That's why that pardon trigger now seems like something, you know, the president may -- we know he's been talking about with Rudy Giuliani."

"That's been reported, and so I think that that is even more something that we want to be looking for now because if the president not only wanted to protect Rudy Giuliani but also himself," she added, "knowing that some of his communications could be seen with the investigators. It's in the back pocket, and because this is a federal investigation the president does have the power and all he'd need is a pardon to put this entire investigation to bed."