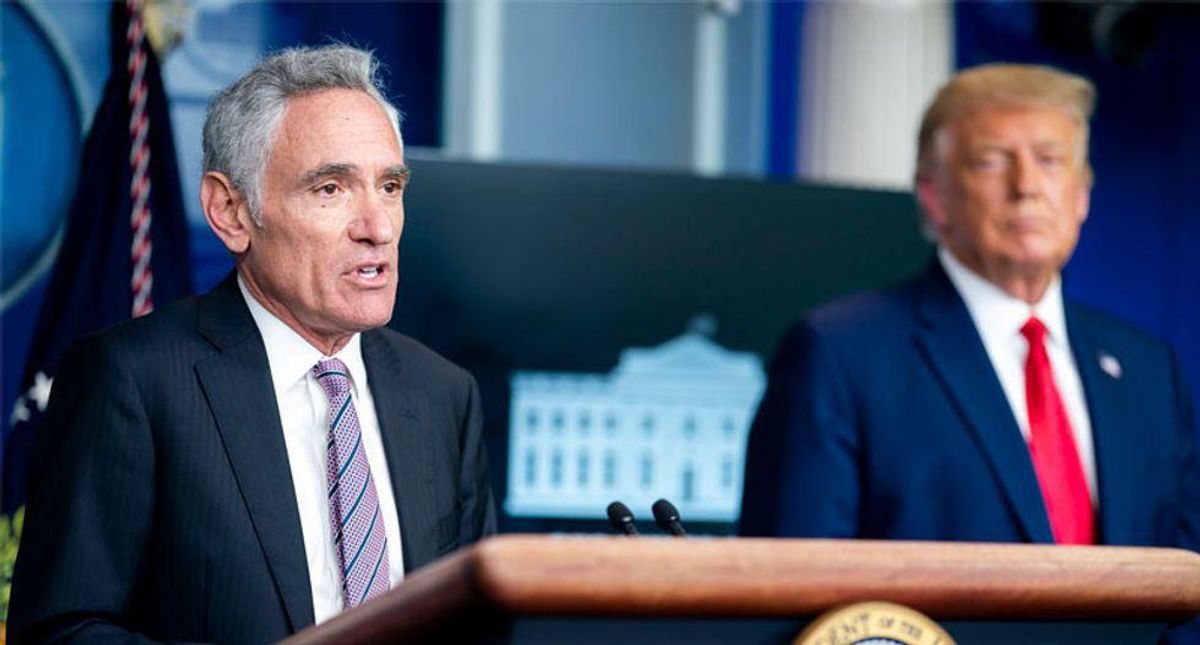 Newly released emails show that Trump administration officials openly celebrated after they successfully meddled to get the Centers for Disease Control and Prevention to downplay the risks of the novel coronavirus.

The Washington Post reports that former Trump science adviser Paul Alexander wrote an email to then-HHS public affairs chief Michael Caputo in which he boasted about getting the CDC to back off language in two different reports that he believed painted too dire of a picture of the COVID-19 crisis.

"Pointing to one change -- where CDC leaders allegedly changed the opening sentence of a report about spread of the virus among younger people after Alexander pressured them -- Alexander wrote to Caputo, calling it a 'small victory but a victory nonetheless and yippee!!!'" the Post reports.

Alexander also told Caputo about how he teamed up with Trump adviser Dr. Scott Atlas to alter a CDC weekly report on coronavirus-related deaths among young Americans.

The emails also show Alexander and Caputo wanted to cook up numbers on the alleged spike in suicides that were occurring during the pandemic, despite the fact that the number of suicides in the United States in 2020 actually fell by 6 percent.