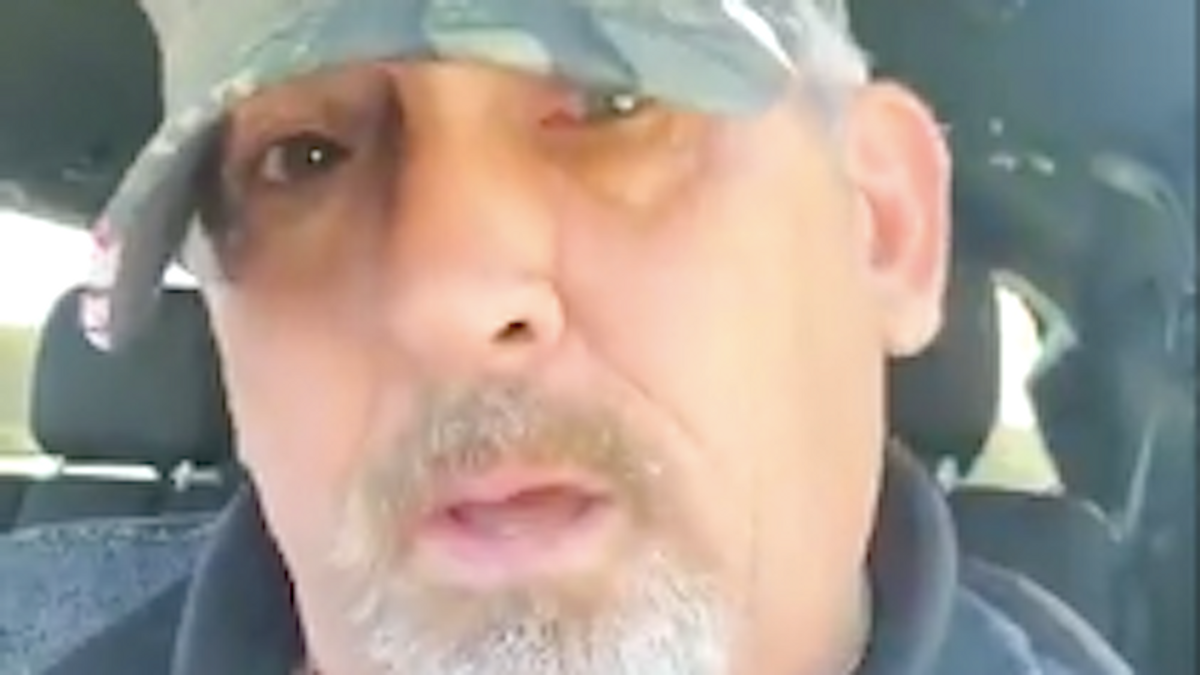 A pro-Trump extremist was charged with threatening to shoot a Black man for staring at his racist T-shirt in Georgia.

James Stachowiak, of Augusta, was charged with disorderly conduct in the Dec. 9 confrontation at a grocery in Martinez, where a Black man who was shopping with his mother said he saw Stachowiak wearing a shirt that read "Patriots Against Black Lives Matter," reported the Augusta Chronicle.

The man told police he stared at the shirt worn by Stachowiak, who looked at him and said "[expletive] Black Lives" and tried to start an argument.

The other man replied with his own explicit suggestion, and Stachowiak pulled out an extended baton and told the Black man he had a gun and knew how to use it, and then placed his hand on what appeared to be a concealed holster.

Multiple witnesses told police that account was accurate, and surveillance video corroborated the details, and other shoppers stayed in the store until police arrive after Stachowiak fled because they believed he was armed and still outside in the parking lot.

Stachowiak, a former police officer whose various threats and offensive remarks have made national news over recent years, had posted video of himself earlier that day at a rally for Sen. David Perdue (R-GA) showing a Republican official offering him a Donald Trump shirt to cover up the anti-Black Lives Matter T-shirt.

The Columbia County Sheriff's Office did not determine the incident was hate- or bias-related.