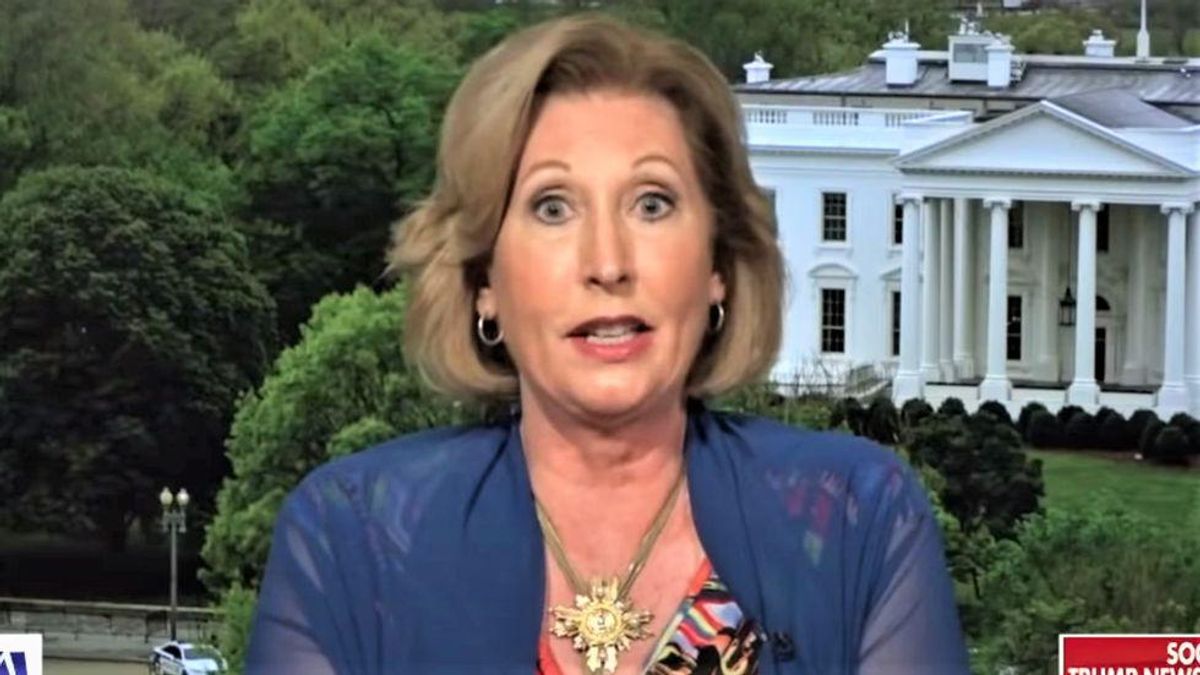 On Saturday, a new report revealed that outgoing President Donald Trump considered appointing right-wing attorney Sidney Powell as a special counsel to investigate voter fraud — an idea that even Rudy Giuliani warned him was ill-advised.

The report drew ridicule and astonishment from commenters on social media, given Powell's history of embracing nonsense conspiracy theories and committing basic errors in her legal filings. Some pointed out that Trump doesn't even have authority to appoint special counsels in the first place, let alone the merits of Powell herself.

This is complete insanity.

Sidney Powell is not stable.

She is recklessly ignorant of the law and detached from reality.

I wouldn't let her investigate who ate the last cookie from the package. https://t.co/ObT1b37Ory

Just in case you thought the president who presided over the deaths of 300,000 Americans was spending his time thinking about anyone but himself. https://t.co/764LHBmBv5

All of these aides who are “pushing back” on Trump’s attempt to end our Democracy I’m sure are saying “Yes, you’re right, there was fraud, but we don’t have authority to do the thing you want to do.” Instead of the truth - no fraud, you lost. Sycophantic cluster til the very end https://t.co/m6IFHo7oox

As of this week we have lost 300k Americans and learned about a massive nine-month Russian intrusion into federal agencies, but good to see the president focusing on the important things. https://t.co/XhBKdWAwvI

This chilling thread by @MaggieNYT showcases a president and a White House grasping at every authoritarian tactic available to try and undermine a lawfully-held election.

The @GOP once pretended to oppose this kind of madness. https://t.co/7XSKgK67Xk

How does she still have a license to practice law? https://t.co/HayIku2HZ2

In the world of reality, the Kraken has been reduced to a sick joke. But in trumps world… https://t.co/M2cyjAC3rq

Let’s be clear: Trump can’t appoint a special counsel. Only the AG or Acting AG can do that. Neither Barr nor Rosen would stand for Sidney Powell getting that role. The story here is Trump even suggesting it.

Isn't the whole point of the Special Counsel that they are appointed by someone *without* a conflict of interest in the matter? Isn't this the opposite of that?

Sidney Powell, who orchestrated meritless court filings and exhibited a lack of candor to the courts/tribunals before which she has appeared, should be sanctioned with either a permanent or at least temporary loss of her law license. Let an ethical lawyer be selected instead.

Even the Kraken thinks that's a terrible idea. pic.twitter.com/lADcqfzXLr

After being let go last month she now is being considered to be a good and credible adviser?

When desperation and obsession dictates the daily mind it’s more than ‘just’ unhealthy, it could be on the brink of being dangerous, because unpredictable actions might follow.