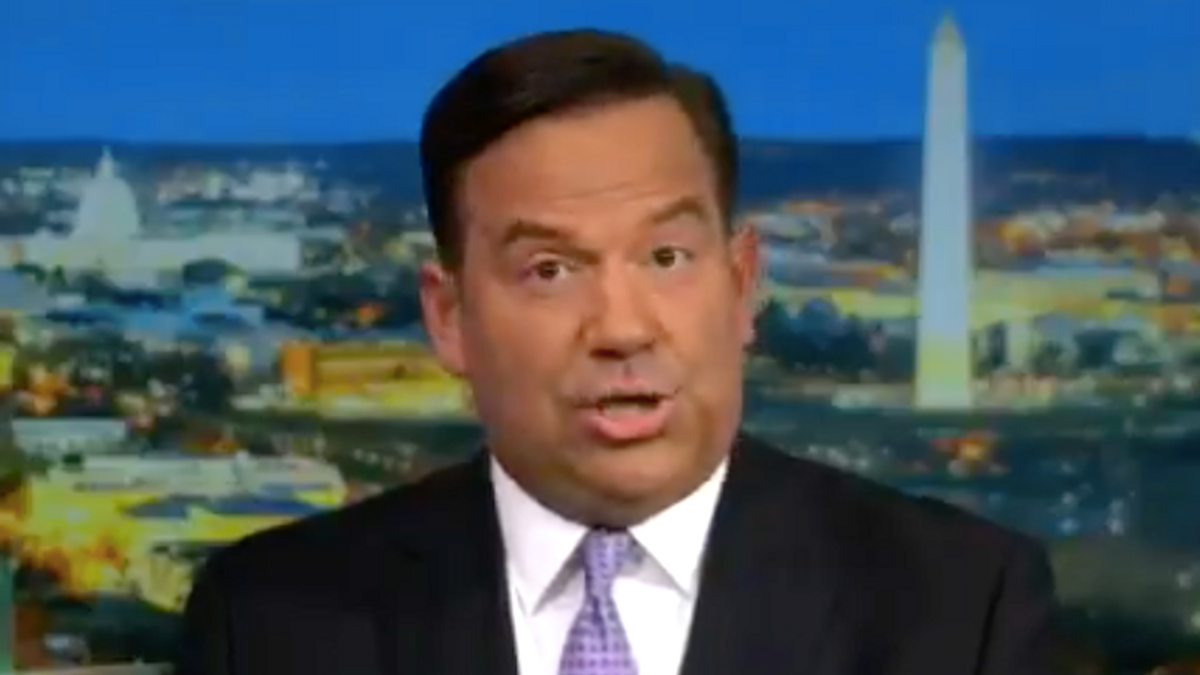 A Newsmax host denied the Jan. 6 riot was an insurrection and questioned the manhood of the 35 Republican lawmakers who voted for a commission to investigate its cause.

Steve Cortes, who served as a campaign spokesman for both of Donald Trump's presidential campaigns, assured viewers that the deadly assault on the U.S. Capitol aimed at overturning Joe Biden's election win was not the former president's fault and not all that serious, and he referred to nearly three dozen GOP lawmakers as the "Eunuch Caucus."

"It's been clear from both polling as well as recent elections that the Republican voters they believe in a transformed, 'America first' party, but a lot of legacy officeholders, well, they cling to old ways the ways of the 'surrender GOP,'" Cortes said. "I think people were really surprised to see so many, 35 members of Congress, kowtowing to the agenda of the D.C. contingent, unfortunately. So that's the reality folks."

"There's a new gang in town, and there's nothing cool about this group," he added. "I'm referring, of course, to this new coalition formed on Capitol Hill, 35 House Republican representatives who voted with Nancy Pelosi yesterday to establish a congressional committee to investigate the Jan. 6 riot, 35 political cowards who are handing Adam Schiff, [Alexandria Ocasio-Cortez] and Jerry Nadler the keys to a high-powered truck, knowing full well that Pelosi and her squad will use that truck to then run them over now."

Cortes downplayed the Capitol assault and complained the rioters had made Trump supporters look bad.

"Look, here's the reality," he said. "There are Americans who unfortunately believe in political power through force. Some examples [are] Antifa, the radical BLM cop killer in Dallas, and, yes, a group of thugs who attacked the police of the Capitol on Jan. 6. These people brought great dishonor to the 'America first' cause, but this isn't an effort to understand or to deter political violence. This commission, this sham tribunal is directed only at MAGA believers."

Cortes played a brief clip of Trump's speech at the "Stop the Steal" demonstration that preceded the attack, saying the president called for a peaceful march on the Capitol, and he falsely denied that rioters had firearms or other weapons inside the building while accusing Democrats of lying about the riot.

"Our 'America first; movement is about backing the blue and respecting law and order, but the riot was not by any stretch an insurrection," he said. "The government was not threatened, the military complex was not in peril. Unarmed morons in furry hats running around hallways with selfie sticks is not a real rebellion. In fact, there is no evidence that there were any firearms in that building except for the armed police, including the one who shot and killed MAGA supporter Ashli Babbitt. The only person killed on that really unfortunate day was a deplorable, Ashli Babbitt. We should remember her name, in part, because we still do not know another name, the name of her shooter."

Cortes then told another series of lies about the insurrection, while accusing his political opponents of distorting the truth.

"You know the truth just doesn't matter to the left," Cortes said. "Pelosi, [Chuck] Schumer and the Biden administration, they are hell-bent on forcing a narrative down our throats, one based on conjecture like the myth that Officer [Brian] Sicknick was killed by the crowd in the riot on Jan. 6. Here's the truth -- it was quick, fully and thankfully dispersed because of the brave actions from law enforcement and because President Trump issued a strong video telling everyone to stop it to knock it off and to go home, but instead the Republican leaders that we wanted elected, they want to validate this Democrat mythmaking and even endorse it by appointing a political inquisition board, and that's what it is. They not only missed the mark on the policy side but also on the politics, too."