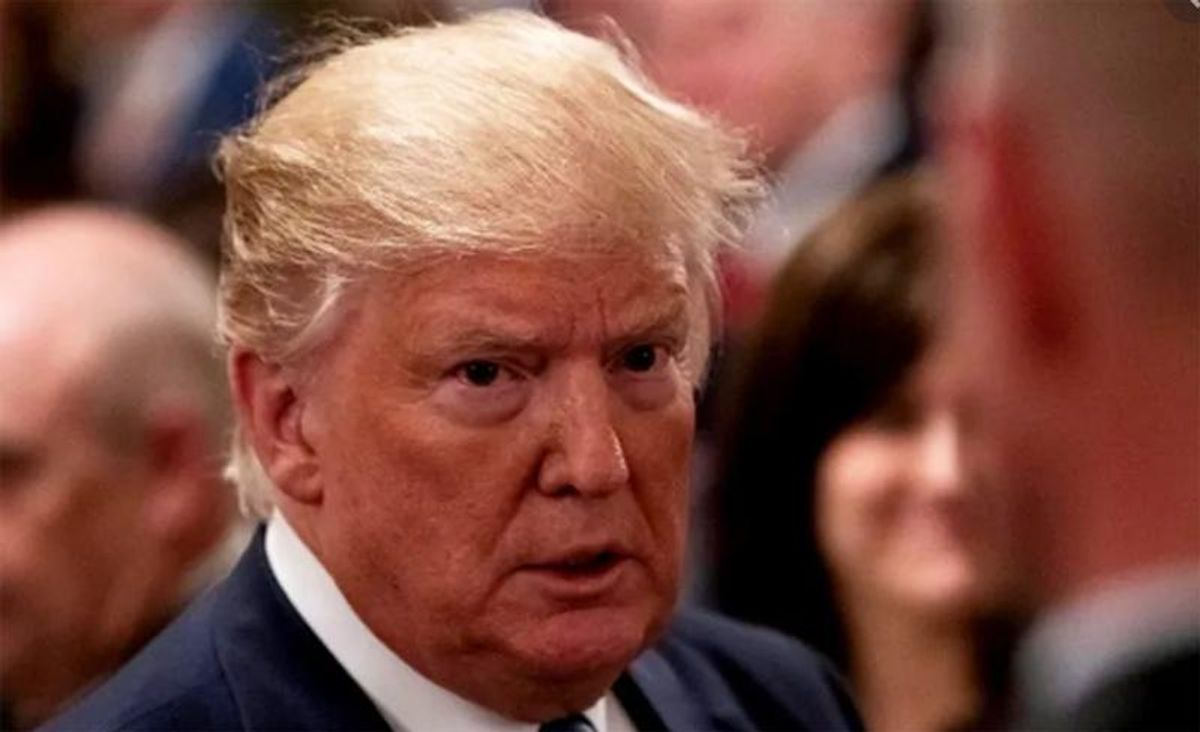 According to reporting from both CNN and the New York Times, the gradual split between corporate America and the Republican Party -- that has now turned into open warfare over cultural issues -- was accelerated during Donald Trump's four years in office and could continue if GOP lawmakers continue to embrace his confrontational style.

Going beyond Trump's bullying of companies on Twitter during his one term, the ex-president's recent attack on "woke" companies that have made public statements on the Republican Party's attempt to suppress voting has opened the door for Democrats to align themselves with corporations that are backing social justice issues, if for no better reason than the positive public relations optics.

According to CNN's Zachary Wolf, "Corporate America's years-long move toward a political awakening has increasingly put large companies in direct opposition to the GOP, a political party that spent generations crusading as the friend of business and slasher of corporate taxes."

That move, he explained took a great leap forward when Trump centered his presidential run on bashing immigrants.

"The Trump years accelerated the desire of large companies to at least appear responsive to civil rights," Wolf wrote. "Companies severed ties with the soon-to-be President over his comments about immigrants just as his campaign was gaining steam, a move that seems strange in hindsight since his major legislative accomplishment was a permanent cut in corporate tax rates."

Writing, "Let's not assume that public companies, generally, do things because they're the right thing to do, but rather acknowledge they are legally required to be motivated by the bottom line," Wolf explained they have their limits too, adding, "While few companies will want to take a stand on a issue like abortion, that is complicated by personal and religious beliefs, it's much easier for companies to take stands on something as simple as voting rights. Of course the government should be making it easier for people to vote."

According to the New York Times' Andrew Ross Sorkin, cynical as it may be, corporations recognize the shift in cultural tides that led to Trump losing the 2020 election and are betting on the Democrats --at least for the time being.

"For some, it may seem odd to see Republicans and big businesses hurling insults and threatening each other. Republicans have, for a century or so, supported business-friendly policies and free markets, including the right of companies to use their money and clout to influence government policy," he wrote. "It might seem even more strange to see Democrats teaming up with big business. But Democrats, especially the more progressive members of Congress who made their careers bashing big business and corporate money in politics, may need to rethink their friends, too. Big business has become one of the most powerful forces in the country to advance social equity issues."

"While business still gives more money to Republicans than Democrats, in recent election cycles an increasing amount of corporate money has been moving toward Democrats," he explained. "But perhaps these apparently shifting alliances should not be so surprising. That's because business doesn't have a political party. Its party is profit."

According to economist Tyler Cowen, "American big business in particular has led the way toward making America more socially inclusive," before adding the caveat that it is "profit maximization alone — not to mention the consciences of some C.E.O.s" that "puts big business these days on the side of inclusion and tolerance."

Sorkin added the new big business alliance with Democrats is tenuous at best, adding, "In the end, as much as one political party may want to applaud or decry big business' seeming lurch one way or the other, corporate America will never neatly pass a left-or-right, all-or-nothing purity test. But that's business."