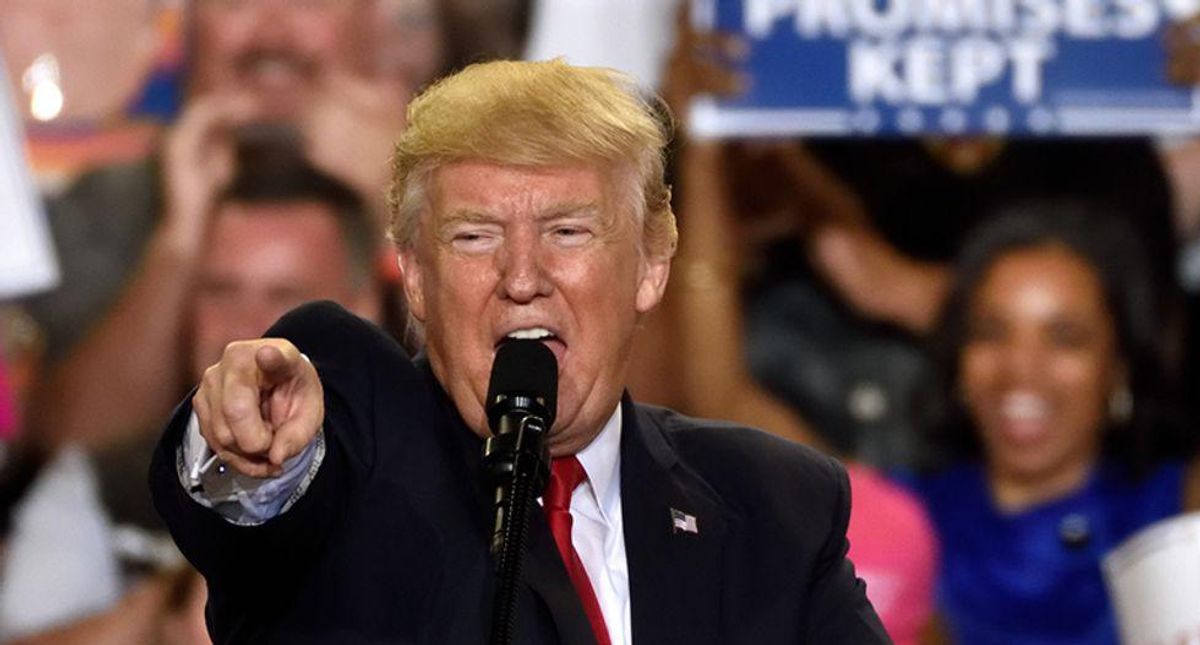 HARRISBURG, PA - APRIL 29, 2017: President Donald Trump points and shouts at what he calls the "dishonest" media during a speech to mark 100 days in office at the Farm Show Complex and Expo Center. (Photo: Shutterstock)

The authors also noted that Richard Donoghue's notes saying that Trump demanded the Justice Department "just say the election was corrupt" and "leave the rest to me" could compound the evidence.

"This could be helpful in a criminal case to the extent that it demonstrates that Trump was connected to the outcome of disrupting the election results and taking action to achieve it, rather than just railing against the process," they argue.

The main task coming up for the House committee will be to compel testimony from members of Congress to whom Trump spoke during the riot.

"Ultimately, Anti-Riot Act prosecutions have been too few and too fraught for us to anticipate how a judge might weigh rioters' statements," the authors concluded. "Revelations that rioters acted not just in Trump's name but at his direction could strengthen a criminal case against him — and help the government to heed Capitol Police Officer Harry Dunn's emotional entreaty at last week's opening hearing that we 'get to the bottom' of who was really behind the hateful events of Jan. 6."