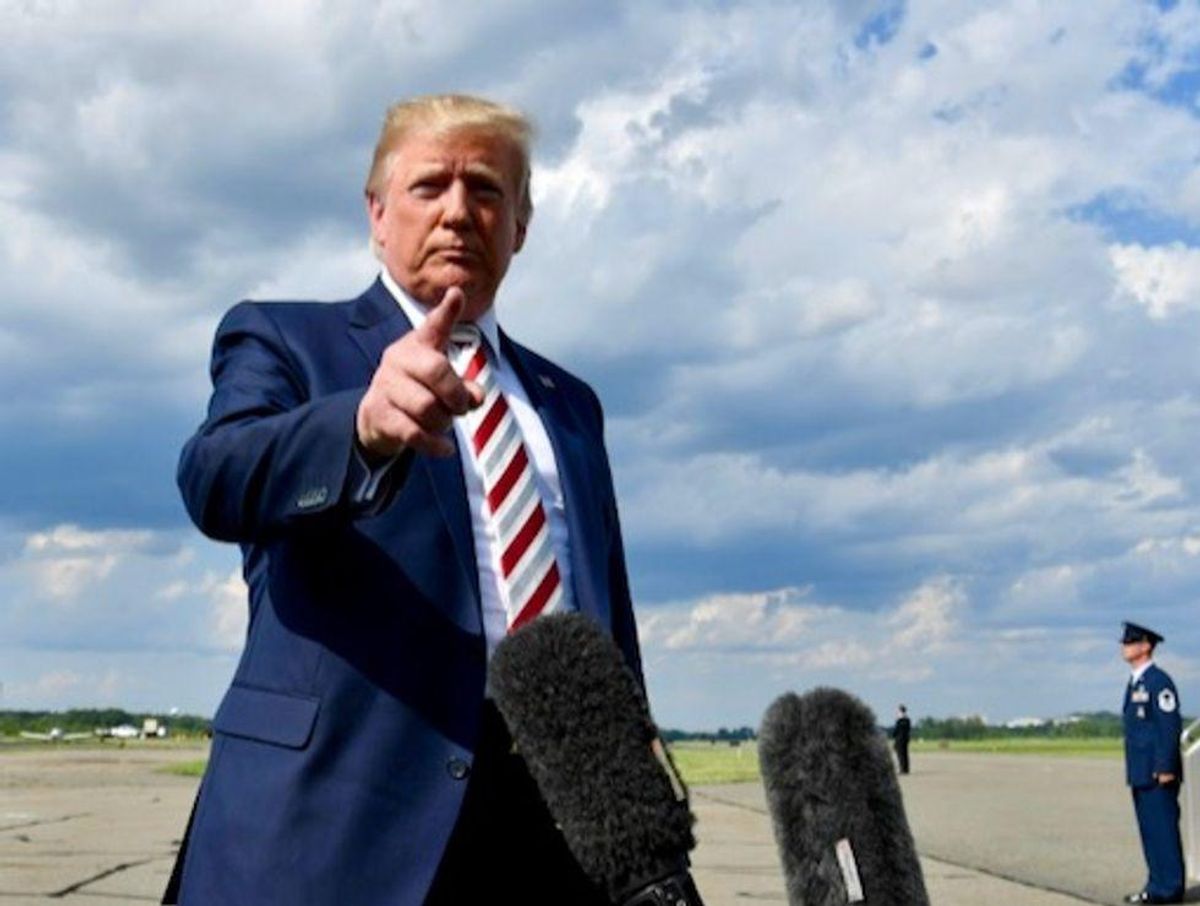 Calling the convention "a relatively low energy event" the journalist wrote, "Interviews with a dozen attendees found a widespread conviction that the 2020 election was stolen, support for tougher voting restrictions and a reluctance to condemn Trump supporters who stormed the US Capitol on 6 January."

According to Trump fan Jonathan Riches, 42, of Tampa, he wants Pence out of the way, explaining, "We feel like he abandoned Trump. We needed him to challenge the election. He doesn't represent our party. He's now trying to redeem himself but we don't want him."

Short of getting Trump back, Riches added that he is also a big fan of Florida Gov. Ron DeSantis by exclaiming, "I've fallen in love with DeSantis as much as I love Trump. I'd be OK with Trump handing on the torch to DeSantis."

"Sidney Powell has some pretty good statistics and data and facts. I rely on her to know," explained former teacher Shelley Villarreal, 56, of Houston.

Discussing the Jan 6th Capitol riot, Villarreal offered, "Violence has no place in politics. However, I did think it was an emotionally charged crowd and it just got out of control. I don't think that was the plan; it happened in the heat of the moment. It was a reflection of how frustrated the public was about the outcome of the election."

Glenn Romano, 50, of North Carolina had a different take, explaining, "I think it was staged. There have been reports of BLM [Black Lives Matter] leaders. Our media's just completely anti-conservative. They're pushing the leftist agenda."

On man from Tampa who would only identify himself as Greg A., said another insurrection is due, telling Smith, "1776 was the same thing because your government says we are going to install a dictatorship. The people have no choice but to rise up. They [the Democrats] cheated to get into office. The election was rigged. Their mission is to turn America into a communist shithole."

Michael Altman, 63, of Florida chimed in, "There were some problems with the election. Whether it was enough to swing the result, I don't know. But they need to look into voter fraud. It was worse than it has been in the past. It could backfire against the Democrats one day."