A Trump media empire is doomed to failure -- here's why 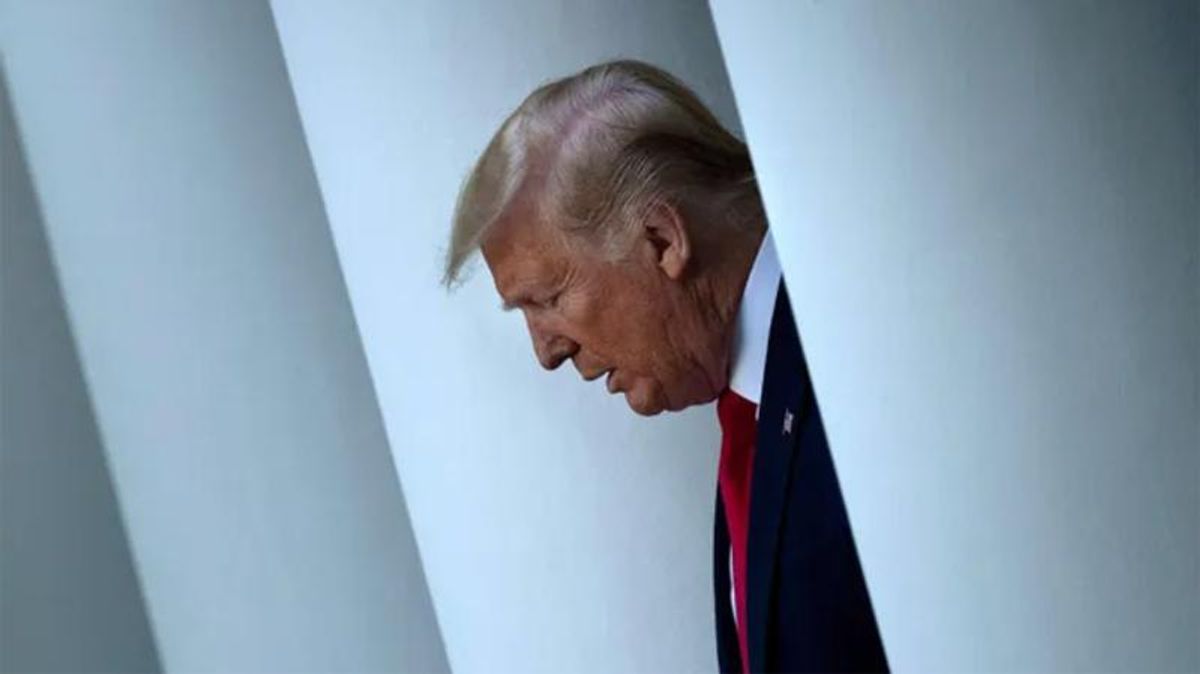 In a column for Politico, media analyst Jack Shafer suggested any idea that Donald Trump might have about starting up his own media empire will likely be doomed to failure based upon a multitude of reasons -- including push-back from conservative networks that have supported his presidency that would turn on him for trying to cut into their viewerships.

During Trump's four years in office, there have been rumblings that the president would like to start up some sort of Trump TV operation where he could have his own show as well as possible slots for family members.

However, as Shafer explained, there are huge barriers to the president -- who is also looking at multiple legal problems after his last day in office on January 20th -- launching such an endeavor.

"It makes sense that Trump would want to build his own impregnable forum where nobody can police his speech. He maintains his base by communicating with it at all hours of the day and night. He desperately wants to maintain that continuity to preserve the momentum he has achieved over the past four years," the columnist wrote. "But then as now, the business challenges to launching a TV channel or other high-profile media property seem beyond the talents, resources and patience of Trump and his crew. This isn't to predict that Trump won't enter the media business, only to record that if he does, he won't get very far."

According to Shafer, well beyond the millions that the deeply in-debt president would have to raise, would be the hostility he would face from competitors.

"Let's say he decides to start a cable channel to vie with CNN, MSNBC and especially with Fox News Channel. Assuming that he can raise the hundreds of millions of dollars to stand up a competitive network—Trump has always preferred using other people's money in his ventures—what sort of luck might he have in getting AT&T, Comcast, Verizon and other major cable companies to carry his new channel?" Shafer wrote before adding, "He has no friends at AT&T, whose merger with Time Warner he fought as president, and which now owns CNN. Comcast doesn't desire a new entry in the news market to go against its MSNBC property. As The New York Times noted in 2016, not even Oprah Winfrey, the queen of all media, succeeded in turning her personal franchise into a cable powerhouse. Can Trump do something the far-wealthier and much more appealing Winfrey couldn't?"

Add to that, Trump would likely see his name trashed on the Fox News network, Newsmax and OAN -- all of whom would be fighting him for viewership.

"If you think Fox has been distancing itself from the toddler-in-chief since the Biden victory, you can be assured that it will savage him when he poses a threat to its viewership and revenues. The same goes for the Trump-lovers at NewsMax and OAN," the columnist predicted before saying the best path for Trump would be to market himself as host of a show on one of the conservative networks -- but even Fox News might balk.

"Its current prime-time roster rakes in excellent ratings, and none of the current hosts pose the personnel problems Trump would immediately present. The Fox dog does not want to be wagged by the tail. What's more, the Murdoch empire, which owns Fox, seems to have soured on Trump," he wrote.