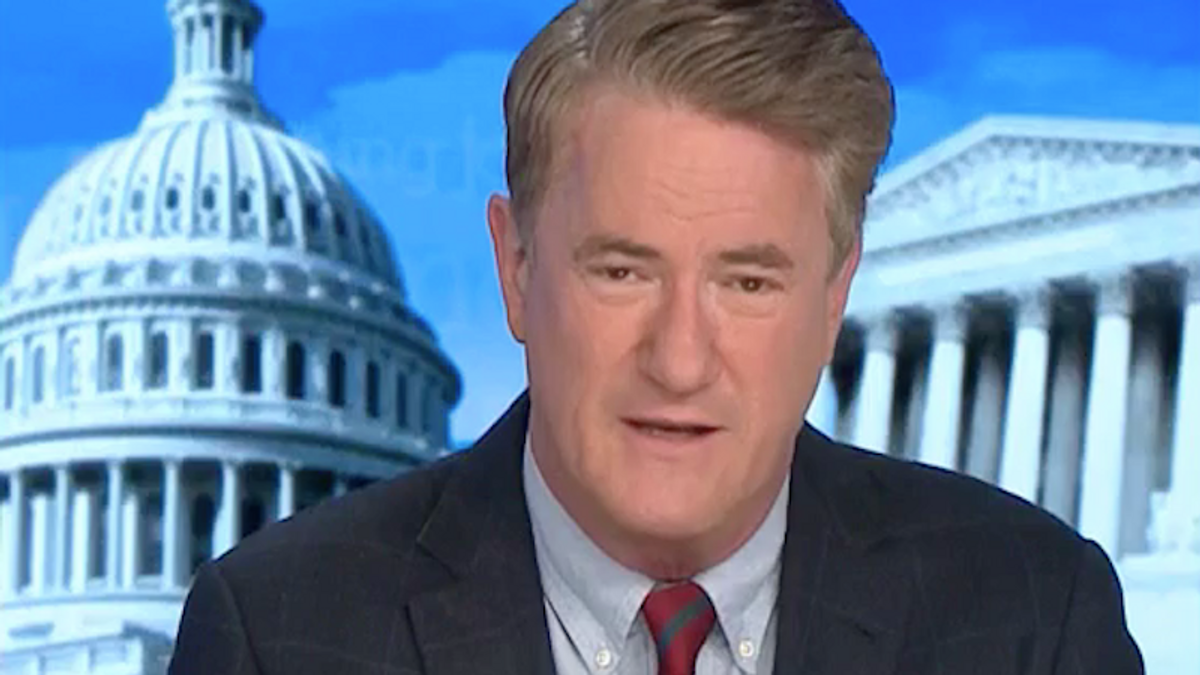 MSNBC's Joe Scarborough says President Donald Trump seems to understand he faces a "long, cold winter" of lawsuits once he leaves office, especially after becoming the first president to be impeached twice.

The president issued a video statement condemning the violence carried out by his supporters last week at the U.S. Capitol that was aimed at overturning his election loss, and Scarborough and his "Morning Joe" co-hosts agreed that was made at the recommendation of a more competent lawyer than Rudy Giuliani.

"He said the right words, obviously he is feeling the pressure," said co-host Willie Geist. "Obviously a lawyer who is not named Rudy Giuliani because it appears he's now excommunicated Rudy Giuliani and ordered payments to him to be stopped. Some lawyer got to him and said, 'You better get out on the record explicitly and clearly and condemn the violence.' His audience was for future juries, courts, but also Mitch McConnell, [who] has a decision to make now that the house has voted to impeach. Is he going to lead his caucus, Republicans in voting to convict when they reconvene next week after a trial?"

"He is talking to Mitch McConnell, somebody who he hasn't talked to in several weeks," Geist added. "It was a plea: 'Look, Mitch, I condemn the violence. Here I am doing the thing people are saying I haven't done and should have done sooner, so please have mercy on me.' So he is beginning to save himself, beginning with that speech."

"It didn't have anything to do with politics, it had more to do with liability," Scarborough said. "My god, the liability that this guy could face after he leaves the White House, and good luck trying to get the Supreme Court saying inciting a riot and insurrection is somehow protected and he would be somehow immune from that sort of activity, because it was in the course of his regular duties as president. Sedition is not in the course of regular duties as president."

"I'm sure he had lawyers that he probably finally paid who said, 'Buddy, it's going to be a long, cold, dark winter after you leave the White House, and you're going to have lawsuits coming at you left and right for this," he added.