Trump got into 'screaming match' with Kevin McCarthy after he asked him to denounce riots: report 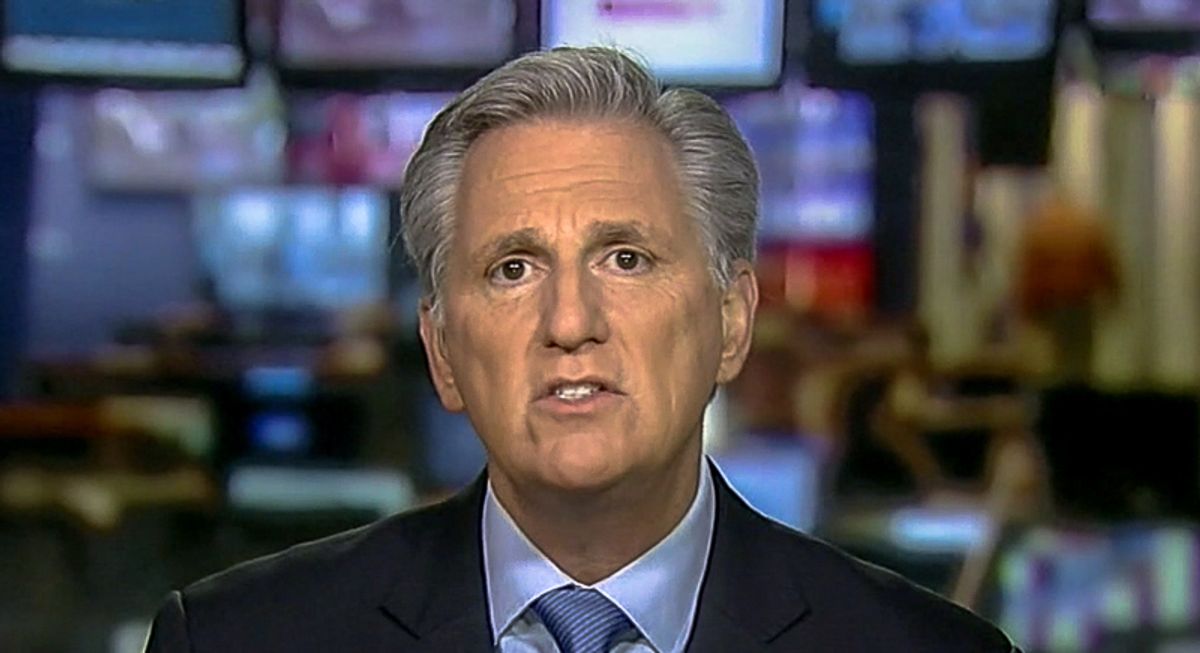 President Donald Trump finally acknowledged on Thursday that he would be leaving the White House later this month, though he only did so after his supporters ransacked the United States Capitol building in a desperate bid to keep him in power.

And according to Punchbowl News reporter Anna Palmer, Trump was highly resistant to even condemning the rioters who were attacking the Capitol in his name.

Appearing on CNN Friday, Palmer said that House Minority Leader Kevin McCarthy (R-CA) was furious that Trump initially refused to call off his rioting supporters during a phone call on Wednesday.

"McCarthy got into a screaming match with the president on Wednesday as the House was under siege and the Capitol was, you know, being attacked," she said. "He wanted him to denounce the mob and tell them to leave and the president at first refused."

Palmer said that this fight between Trump and McCarthy was particularly noteworthy because McCarthy is the president's biggest ally among GOP leadership, which could make it tougher for Republicans to hold together as a caucus once the Democrats potentially launch fresh impeachment proceedings against Trump next week.