The GOP is trying to use Trump's playbook -- and failing badly: analysis 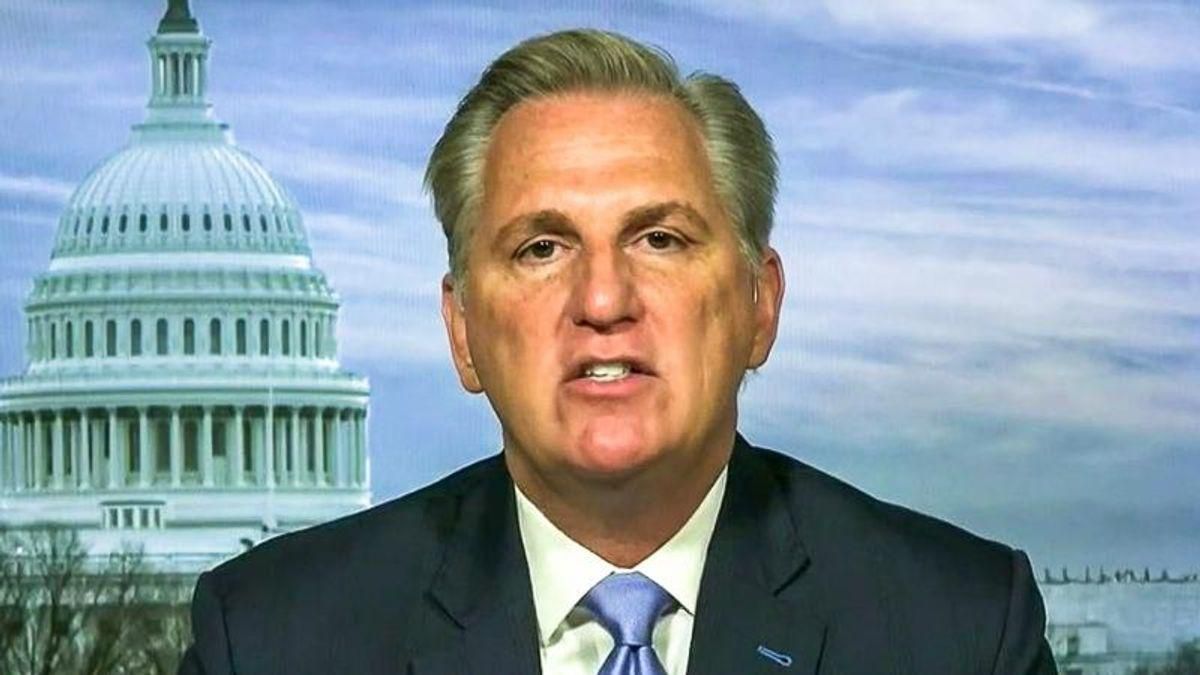 According to an analysis by CNN's by Stephen Collinson and Maeve Reston, the Republican Party is currently floundering in their attempts to derail President Joe Biden's agenda because they are trying to use Donald Trump playbook -- but it is having the same effect it did when he was in office.

After pushing through a massive $1.9 trillion COVID-19 aid package, the Biden administration is dead set on a multi-trillion dollar infrastructure package but the GOP has yet to come up with a line of attack they can pitch to the public because they are sidelining themselves with trivial matters that get them attention on conservative media but not with the public.

"As President Joe Biden sells a popular Covid-19 rescue plan, highlights a quickening national vaccine effort, positions himself to benefit from an economic growth spurt after the pandemic and tackles economic inequity in American society, the GOP seems to be acting out the temperament of the last President. At times, the party seems trapped in a perpetual primary race, shaping positions that seem best suited as fodder for the culture warriors at Fox News," the report states before adding, "The party's strategy does reflect the views of much of its activist base voters -- among whom Trump remains deeply popular in an audience that is fully bought into the ex-President's lies about the last election being stolen. But it is far from clear the Trump-style uproar is proving to be an effective counter to Biden, as he rushes to put a lasting liberal imprint on social policy that echoes Franklin Roosevelt and Lyndon Johnson."

Adding to the Republican woes are the travails of Rep., Matt Gaetz (R -FL) who is reportedly being investigated for sex trafficking of a minor, with reports of his problems moving to the top of the headlines.

"While few Republicans are rushing to defend him [Gaetz], it has been an unwelcome distraction for the GOP as they try to reposition the party for the elections of 2022. Another one of the most visible Republicans this year has been first-term pro-Trump Georgia Rep. Marjorie Taylor Greene who is known for conspiracy theories and spreading false narratives about Trump's election loss," the analysis continues.

With the 2020 election in mind, House Minority Leader Kevin McCarthy (R-CA) has been speaking with Trump at Mar-a-Lago with a plan to advance the one-term president's Make America Great Again campaign, but it is questionable whether it will work without Trump on the ballot.

"But it remains an open question if that is a winning message among the suburban voters who deserted the GOP amid distaste at Trump's antics. Populism drove Trump to power. But now that he's not in the White House, ad hoc appeals to his base are doing little to build a coherent rhetorical and philosophical alternative to Biden's big government power," the report states.

"Just as the GOP left Biden a clear field to claim credit for any economic recovery by opposing the Covid relief bill, there is a chance its obstruction on infrastructure could turn out to be a liability," the report continues. "There is no sign for example that Republicans have an alternative plan to help out the many elderly and disabled Americans who need home health care -- who the President is targeting under his expanded definition of 'infrastructure.' It may also be a risk to oppose a hike in the corporate tax rate from 21% to 28% after big business got a windfall during the Trump years."