Insiders reveal new details about Matt Gaetz and his Florida pal: 'They’re the embodiment of Trumpism' 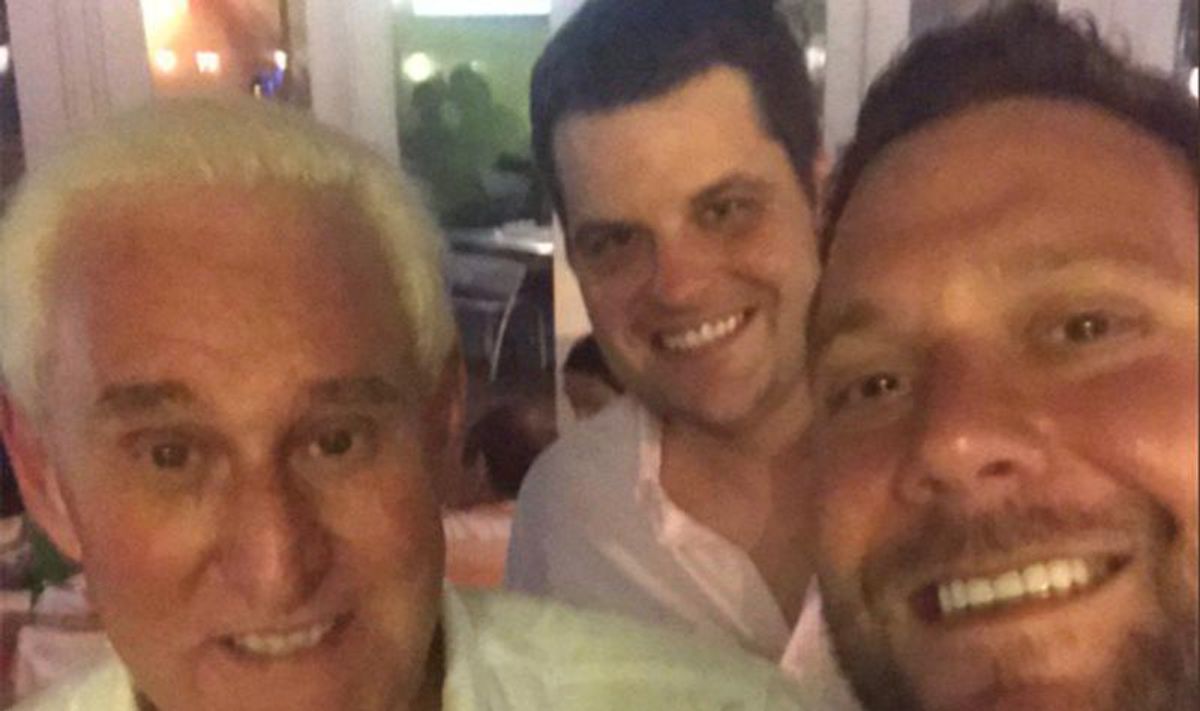 In a report detailing the symbiotic relationship between Rep. Matt Gaetz (R-FL) and his longtime friend Joel Greenberg -- now awaiting trial on a 33 count indictment ranging from financial crimes to sex trafficking of a minor -- Florida locals admit they are surprised at the turn of events that has the GOP lawmaker fighting for his political career.

According to Politico's Marc Caputo, the two sons of wealthy families who are at the center of a scandal that is being investigated by the Justice Department, are well known for their exploits and associates believe it was only a matter of time before it caught up to them.

"Their relationship is central to the allegations against Gaetz, a fierce Donald Trump ally who denies having sexual relations with a 17-year-old and prostitutes. Together, the taxman and the congressman shared a life-in-the-fast lane existence that contradicted the staid image that most elected officials are careful to maintain," Caputo wrote. "The only-in-Florida political drama has taken one bizarre twist after another in the week since the news broke of the investigation into Gaetz. It's a tale marked by a complicated extortion allegation involving Iran and Israel, alleged sexual crimes, a tangential cameo of a popular conservative cartoonist and even a porn star."

According to local lawyer David Bear, who represents a rival of Greenberg, "You couldn't make this story up, it's so crazy," before adding, "Ultimately, it's about abuse of power and how the Republican Party lost its way with guys like this. As one of the few remaining Never Trump Republicans, nothing could make me happier than seeing Matt Gaetz and his kind being taken down. They're the embodiment of Trumpism."

Noting that the relationship between the two is not one of equals -- with Gaetz a high-profile member of the House and Greenberg toiling in local Florida politics -- an associate of the two said they had one major connection.

"Joel idolized Matt," explained the friend, who asked not to be named and added, "And since they both loved beautiful women and Joel seemed to have endless access to them, it was definitely an additional incentive for Matt to stick around. Also, Joel is one of the funnest people you can hang out with."

According to those who know the two, it was not unusual for them to "share" girlfriends, with Caputo writing, "Gaetz described Greenberg as a 'wingman' to some acquaintances, and even promoted him as a potential congressional candidate. Now some suspect Greenberg might be cooperating with prosecutors to build a case against Gaetz."

Greenberg might have good reason to cooperate since Politico is reporting that friends of his have been speaking with investigators about comments he made.

"Less than a year after winning office, the indictment says, Greenberg engaged in a sexual relationship with a minor and, using his special access to a federal ID system as tax collector, 'obtained, disclosed, transferred, and used personal information of individuals … including individuals with whom [he] was engaged in 'sugar daddy' relationships'," the Politico report states, "Three Greenberg friends — including one who testified before the federal grand jury investigation into Greenberg — told POLITICO they personally heard him boast about his 2017 relationship with a then-17-year-old girl they claim went on to work in pornography."

One other mutual friend reinforced the claim that Gaetz and Greenberg are deeply tied to each other, telling Politico, "Sure, Matt and Joel have a taste for pretty women like any red-blooded American male, but their relationship was personal and political beyond that. They're both MAGA, both into cryptocurrency and they're both really smart."

You can read much more here.