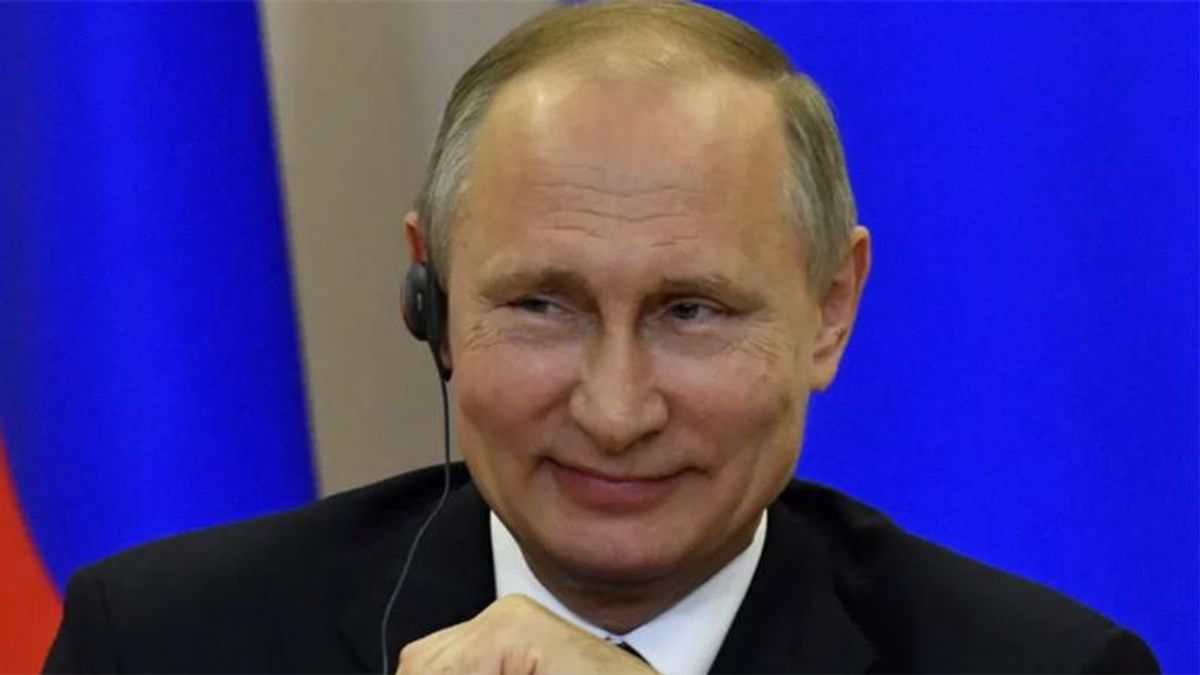 According to a report from the Daily Beast's Russian media observer, Julia Davis, the Kremlin -- and Vladimir Putin in particular -- could not have been more pleased after seeing supporters of Donald Trump storm the halls of Congress and send U.S. lawmakers fleeing for their lives.

As the world watched in both fascination and horror as rightwing extremists breached the security at the U.S. Capitol leaving a trail of destruction and disrupting the certification of former Vice President Joe Biden as the new president, Russian state media hyped up the attack with one journalist reporting, "While the Democrats gained control of Congress and the Senate, that doesn't mean they can control the minds of the people. January 6, 2021 is forever written into the American political calendar. For some, it's a dark date they will try to forget. For others, it's a day to remember—or perhaps to repeat."

According to Davis, prior to the D.C. riot, Russian media did its part to promote Trump's unfounded claims that the election was stolen from him with one pundit asserting "There will be blood," and another adding, "Excellent."

In an interview, Russian political scientist Yury Rogulyov predicted, "The discontent will remain, the divisions will continue, but the big question is to which degree the Republicans will follow in Trump's footsteps. If they do it, the crisis will be extended and America's healing—if it's even possible—will take a long time."

"Regardless of what happens to Trump, Russian propagandists find comfort in knowing that their favorite U.S. president's divisive rhetoric and deliberate disinformation have inflicted lasting damage on America—and cast a dark shadow on democracy, which used to be an example for other countries," Davis wrote before quoting an editorial in Komsomolskaya Pravda that claimed, "The United States has long insisted that it is perhaps the only standard of democracy and order. But the inability of the American political system to transfer power peacefully and legally from one presidential team to another has torn the fragile veil from a failed example of democracy that has been carefully imposed on both Americans and the world."

To which Davis added, "It's hard to imagine a bigger Christmas gift for Putin."