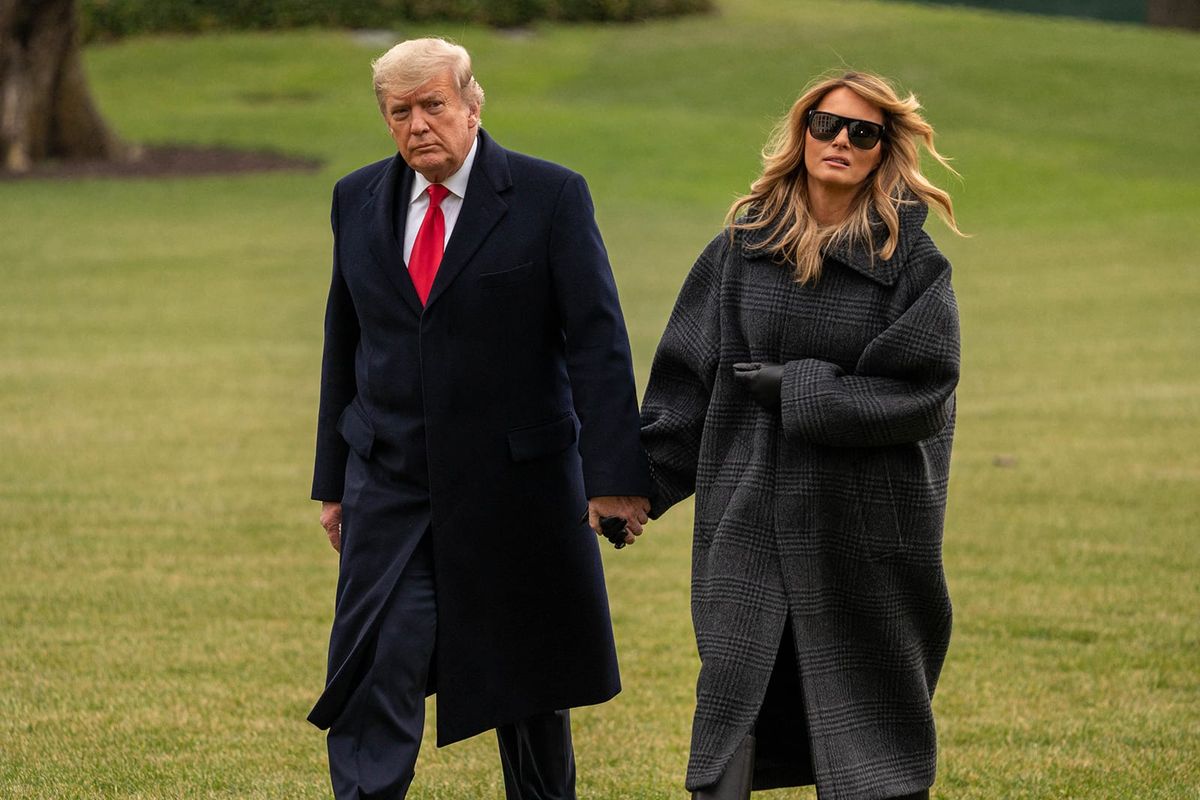 President Donald J. Trump and First Lady Melania Trump return on Marine One from their Florida vacation early at the South Lawn of the White House Thursday, December 31, 2020. - Pool/ABACA/TNS

According to a report from CNN's Kate Bennett, staffers in the White House who serve at the pleasure of President Joe Biden and First Lady Jill Biden are exceedingly pleased with the new tenants after four years of dealing with Donald Trump and his family.

No longer forced to fetch a Diet Coke for the president at the push of a button for Trump, Bennett's report states that White House cooks and those who attend to the first family's personal needs are going through a "honeymoon period" in contrast to the darkness that attended the Trump family's last days.

According to the report, "There were nighttime movie binges in the White House movie theater, complete with snacks from the White House kitchen cooks, many of the Bidens' five older grandchildren piling into the seats to watch, said another source familiar with the activities," with one aide gushing, "The residence has life in it again."

As Trump's days in the Oval Office dwindled down, White House staffers admitted they tried to avoid the now ex-president while at the same time confessing that they felt like they were "babysitting" him in an attempt to keep him from creating more mayhem.

Noting that staffers are pleased that the Biden's are enforcing mask-wearing, the report also points out that the removal of the chief White House usher, hired by Melania Trump, was greeted with approval.

"The residence staff is operating 'as usual,' said the first White House source, noting the departure of chief usher and Trump hire, Timothy Harleth, which occurred on Inauguration Day," the report states. "In recent weeks, he had made a play to stay in the Biden White House, say several sources, to no avail."

According to one staffer, "He was not particularly well-liked."