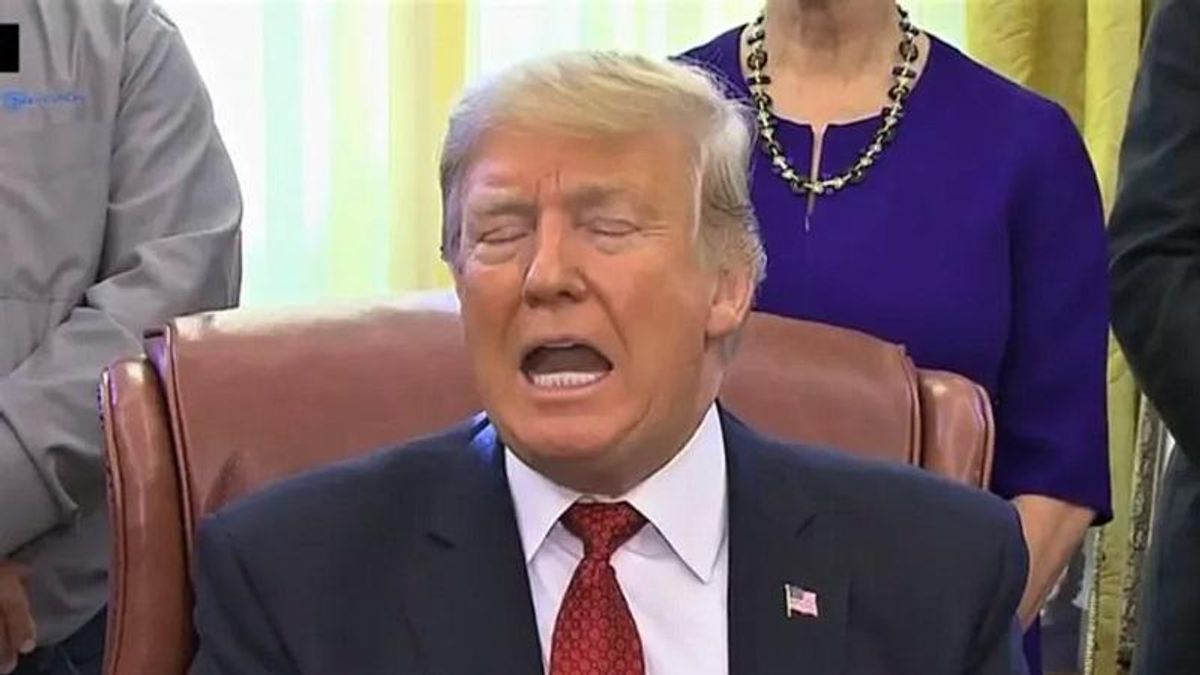 President Donald Trump's last days in the White House have not been happy ones, as he's watched political allies and administration officials abandon him even though he has just over one week left in office.

One White House source tells Politico's Ben White that Trump has spent the last week stewing in "an empty West Wing" in which staff members avoid him like the plague.

While staff members are doing their best to get their regular work done, Trump is completely ignoring his official duties and is instead calling allies and bitterly complaining about the treatment he's receiving.

"Pretty much everyone left now mostly loathes the president, especially for his treatment of Vice President Mike Pence, who spent four years as an unwaveringly loyal supporter before Trump jammed him under the bus and turned the VP into the ultimate villain to MAGA world," reports White.

White's source also claims that there was never any real will to remove the president via the 25th Amendment, and they suggested that officials who leaked that it was a possibility did so only to protect their own reputations.