Broke, unemployed and on disability: Here’s how the Oregon militants can afford to play ‘patriot’ games 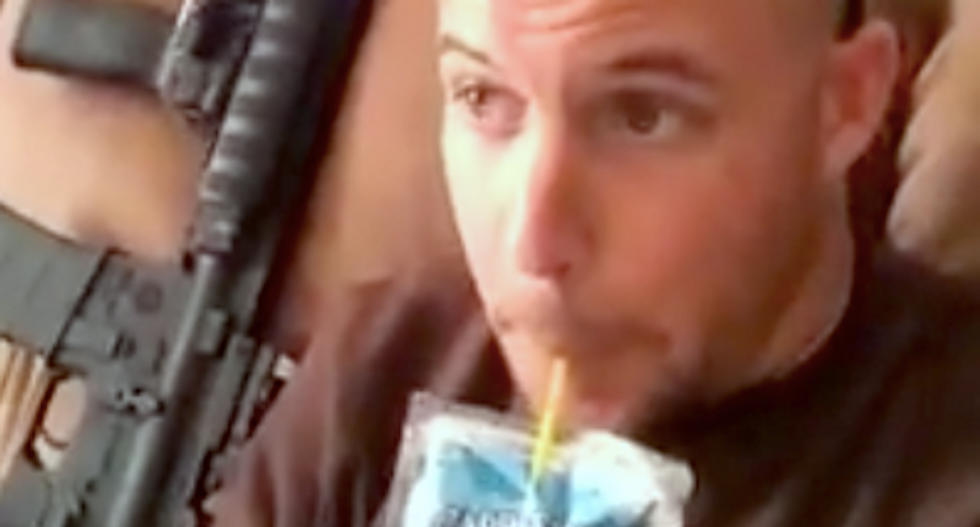 As the militia stand-off in Oregon comes up on one week, speculation turns to the financial resources that allow men to up and leave their jobs -- reportedly for however long it takes -- to take an uninvited stand for freedom in an empty bird sanctuary.

According to experts who study right-wing movements, militia members barely get by, with some living on government disability checks and the earnings of their neglected wives.

In an interview with The Oregonian, Mark Pitcavage, who has studied far-right movements for 22 years, said most militia members live hand to mouth.

While some members have brought their wives and children with them -- leading to dissension within the ranks -- others may have to cut out early before leader Ammon Bundy declares victory and heads home to Nevada.

"It's quite possible that a lot of them will get tired and feel the pressure to go back and care for their families," Pitcavage explained.

The extended stay at the national bird refuge in the dead of winter has already cost one militia member his job.

Jason Patrick, of Georgia, claims he lost his $80,000-a-year roofing job -- with benefits and a company truck -- because he took off without notice and had already used up his vacation days attending other Patriot-inspired events.

"I didn't get to give appropriate notice," he said when describing the voicemail message he left for his bosses. "The Constitution is more important."

According to Daryl Johnson, a former domestic terrorism analyst for the Department of Homeland Security, militia members have unique priorities when it comes to choosing between their beliefs and their families.

"They'll think nothing about taking half their paycheck and using half of it to buy ammunition and guns," Johnson told The Oregonian.

Despite the occupation of federal property, militia members in Oregon have been free to come and go as they please as authorities have backed off, allowing one occupier to put in a few hours of paying work.

Occupier Duane Ehmer of Oregon wrote on his Facebook page that he left the refuge to put in some hours.

"I just got back home from the bundy/ Hammond stand off I have to work a few days before I go back," Duane Ehmer wrote on his Facebook page, adding later, "bringing more guns."

Jon Ritzheimer, who has been orchestrating anti-Muslim rallies from his Arizona home, says he gets by on his veterans' disability pay, and that he's "lucky to have a wife who works."

Occupier spokesperson Maureen Peltier is currently in the Washington National Guard, but will be retiring soon due to a disability -- giving her more time to join protests against the government.

According to Pitcavage, self-described militia group may be rich in organizational skills, but they have empty wallets and must rely small donations from like-minded people.

"There's no large organization to give them money," he stated. "The right-wing extremist movement is broke."

The 18-year-old accused of killing 10 people at a Tops Friendly Market in Buffalo, New York, was indicted for murder by a grand jury during a brief court appearance on Thursday. Payton Gendron, who is white, specifically targeted Black people in a predominantly Black neighborhood, according to material he allegedly posted online. “Payton, you’re a coward!” someone yelled from the courtroom gallery. Gendron is being held in jail without bail. His next court appearance will be on June 19. Gendron allegedly drove hours from Conklin, New York, to the Tops Friendly Market in Buffalo Saturday aftern...