Star Jones: 'Between Gingrich, Giuliani and Christie — they’ve got the trifecta of misogyny' 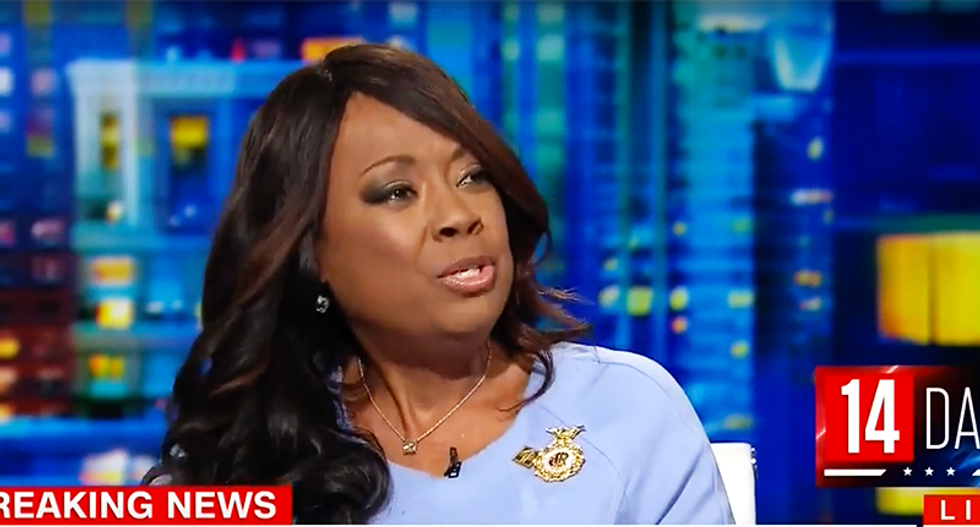 Donald Trump and Newt Gingrich had a bad night on Tuesday, but Star Jones wasn't about to relent.

During a rough interview with Megyn Kelly, Newt Gingrich flew off the handle when she reminded him that he's supporting a "sexual predator" for president. A Trump advisor then threatened Kelly and the internet lost its mind over the whole ordeal. It was enough to make Jones clutch pearls that weren't even around her neck.

"I'm sitting here going, 'Really, dude?'" Jones said after watching the clip of the Kelly interview. "I mean, between Newt Gingrich, Rudy Giuliani and Chris Christie they've got the trifecta of misogyny and then you've got Newt Gingrich, who, didn't he leave his wife while she was dying and married the next wife? Give me a break, Newt. Baby, pot meet kettle."

The tiff reopens old wounds between the Trump campaign and Kelly, but does little to help Trump with his woman problem with less than two weeks before Election Day.

While Gingrich tried to go after former President Bill Clinton in his defense, Jones wasn't having it. "You know, first of all, Bill Clinton was an extremely good president and, more importantly, the country was in a very good position when he actually walked away, and also, Bill Clinton was punished for his behavior."

Lemon reminded the audience that Gingrich was there to punish Clinton by launching the special prosecutor and the impeachment trials.

"And he was doing his own stuff at that time," Jones said of Gingrich's infidelity during the impeachment trials. "You know, it's always fascinating to me when they like to throw President Clinton's behavior in Sec. Clinton's face. I've never seen anything like it before in my entire career. Watching a woman have to defend the behavior of her husband because she chose to make her marriage work. That is just outrageous."

Jones went on to say that the way that Clinton is treated compared with Trump speaks to the sexism, misogyny and double standards this election has unveiled. In the final few weeks of the campaign, Jones, a Clinton supporter, is unphased by other problems like Wikileaks or the James O'Keefe tapes because Trump will always be Trump.

"Trump's own arrogance gets in the way," she explained. "It's as if he steps on his own tongue regularly. There are a number of things that came out of his so-called policy speech at Gettysburg that most of the reporters were saying were really positive things. But the vast majority of the coverage had to do with him saying in the first 100 days of my administration, the Trump administration, I'd be going after people who ticked me off. That tells you that he doesn't have the temperament to be president. He doesn't have the temperament to run for president! If you can't stay focused enough to focus on what people out there actually care about, their own lives, their health care, their education for their children, businesses that they can build. If you can't stay focused enough to put that in your speech, you can't be president."