‘Morning Joe’ hosts agree: Democrats should ‘be better’ than Republicans by agreeing to serve Trump 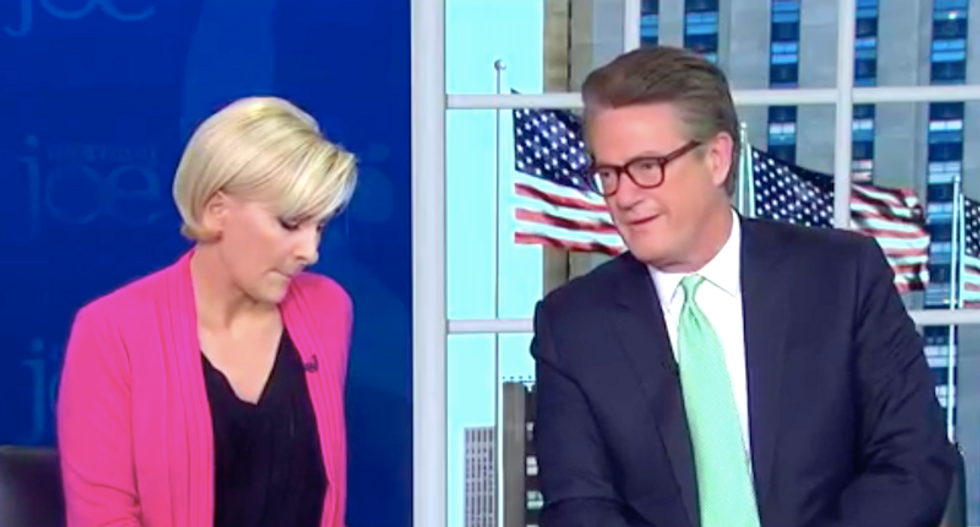 The hosts of MSNBC's "Morning Joe" are bowing down to Donald Trump -- and they urged Democratic lawmakers to do the same.

Mika Brzezinski sharply criticized Trump at times after he won the Republican nomination, and the real estate developer and former reality TV star occasionally lashed out at her and co-host Joe Scarborough on social media.

But now that he's been elected -- and after Brzezinski attended a meeting this week at Trump Tower -- all is forgiven.

"I think everybody's at this point, or at least everybody who has a constructive part of their brain that actually cares about this country, you know, you campaign against him -- we were, I mean, there were times I was very upset about things that happened during the campaign -- but in the beginning, everybody should try and help for it to succeed," Brzezinski said.

She quickly clarified that she didn't think the media owed Trump any support, although that's what she was offering, but instead praised Mitt Romney for setting aside his own serious reservations about Trump's qualifications, character and temperament to offer his assistance.

"I think Democrats ought to say, 'We'd like to work with Republicans, as well, and not just start saying no,'" Brzezinski said.

Scarborough, who confirmed reports that he has advised Trump on his cabinet picks, suggested Democrats would be hypocrites to engage in the same obstructionist behavior that President Barack Obama was met with from Day One by GOP lawmakers.

"The Democrats complained for eight years about the meeting that took place and Mitch McConnell and everybody that was trying to undercut Barack Obama from the beginning," Scarborough said. "If they want to be different, if they want to be better, then they should do that. If they want to do the same thing they did, that's their business -- but they can't do both."

Scarborough said he agreed with the New York Times' Ross Douthat, who urged Republicans to either "serve Trump" or stand back and let him possibly wreck the country.

"If you were offended by him, if you didn't like what he did, if you didn't like what he said, you have two choices: Stay away and leave him to his own devices and a group of sycophants around him that will only feed into his worst instincts, or go in there and try to influence him for the better," Scarborough said. "I tip my hat to Mitt Romney for doing that despite the fact that he's being hacked to little pieces by all these sycophants because he's trying to help this country."

Trump and Romney discuss the world over dinner https://t.co/a9C0VejmCt