'What did they think was going to happen?’: Whoopi Goldberg erupts over Trump’s ‘sloppy’ immigration ban 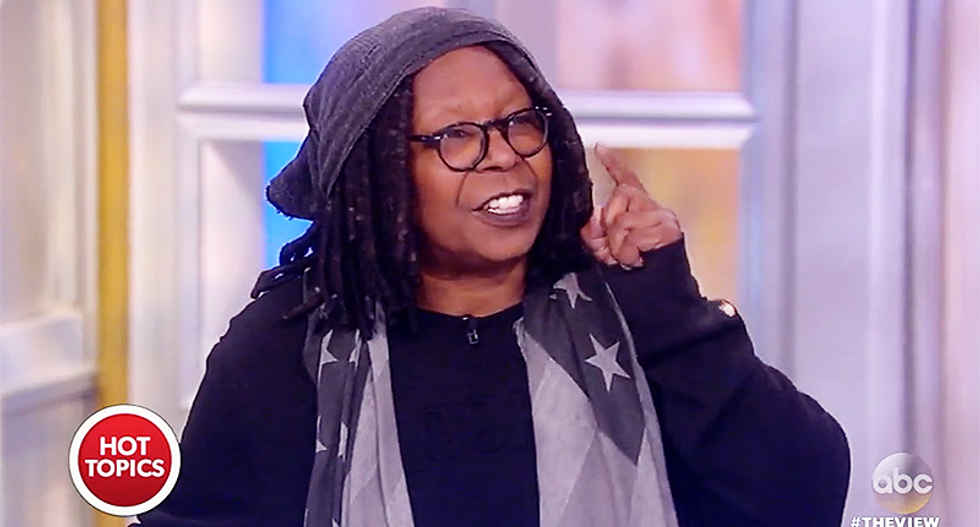 Co-host Jedediah Bila came under fire on Monday's episode of "The View" when she tried to spin Donald Trump's talking points justifying the ban on immigrants and refugees coming into the United States.

Bila first attempted to say that the Trump initially called it a "Muslim ban" but that this isn't that because there are more than 7 countries that are majority Muslim nations. Goldberg showed the clip of Trump's close advisor Rudy Giuliani on Fox News over the weekend, who admitted that Trump asked him how to enact the "Muslim ban" legally.

"No 'illegal immigrant' has come in here and shot anything up," Goldberg fact-checked Bila. "It has all been homegrown terrorism. So, why aren't we looking at that?"

She noted that the Trump administration has been furious with the protesters and those leaders who have denounced the order. "What did they think was going to happen!" she exclaimed.

Co-host Joy Behar noted that there are three countries that are not on the list, where people came into the U.S. and committed acts of terrorism. "How do you explain that?" Behar demanded Bila answer. She could not, so Behar explained, "because he has businesses there."

Sara Haines said that as she understood it, preference would be given to those being religiously persecuted. Over the weekend, however, those seeking asylum claiming religious persecution were turned back.

"There are some interpreters and people that have, pretty much, it would be a death sentence to go home because they're seen as traitors who are here," she explained.

Goldberg called the executive order "sloppy" saying that those that were coming into the United States were those doing so legally with all of the paperwork in order.

"Instead of taking the time to make sure those people are safe, those people have been sent back," she said of interpreters and others who have helped the U.S. during the war on terror.

Bila then tried to blame President Barack Obama for having the countries on a list for scrutiny. She said that new administrations come in not knowing what's going on. The fact-check on that is that there are national security and Pentagon staffers that are civil servants, military and advisors that go from administration to administration for exactly this purpose. Goldberg also corrected her multiple times telling her that at no time did Obama ban people from these countries.

Behar ultimately argued that the one thing Trump is doing is making it more dangerous for Americans in the long run.

You can see the full discussion in the videos below: