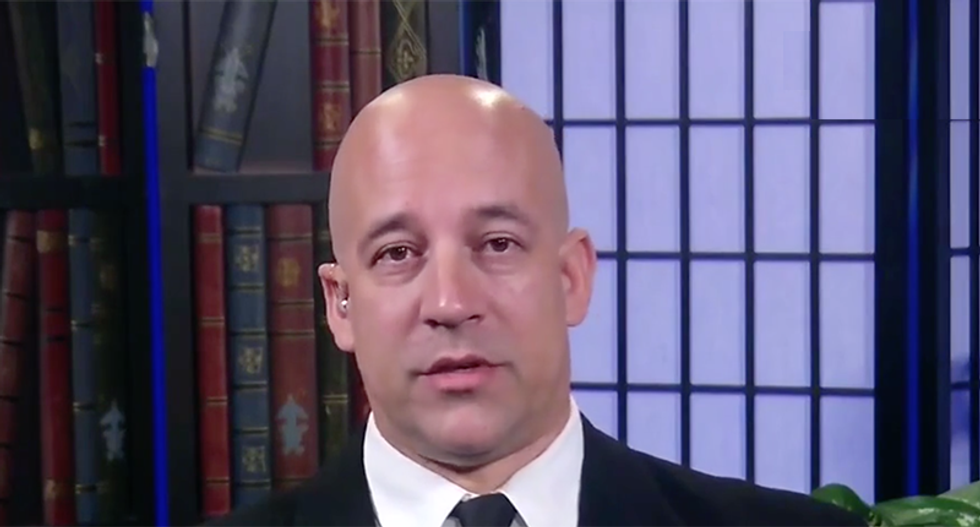 Longtime Alabama political reporter Josh Moon wrote a scathing op-ed apologizing to America for the likes of Roy Moore. It prompted CNN to have him walk through the reasons Alabama citizens still support Moore and that he could still win.

In one piece, Moon argues that there has been "too much Bible thumping. Too much holier-than-thou. Too much greed. Too much law breaking. Too much self-involvement."

Moon explained that Moore is a person who was banned from a mall and people still elected him to be a state judge twice.

Now "he's on the doorstep of being our U.S. Senator," Moon told CNN's Alisyn Camerota. "At some point we owe people apologies for some of the stuff we do here, and until people take stock in what we are as a state and who here electing to lead us I don't think we will ever get past a lot of the troubles we have in the state. I think Roy Moore is a prime example of some of the troubles we have here."

Moon explained that Moore has been able to maintain his lead due to the state being stuck in a “conservative news bubble” where a lot of allegations against the GOP candidate aren’t getting through. Fox News has barely mentioned the controversy facing Moore, aside from Shep Smith, who drew ire from viewers for railing against Moore Tuesday.

"And Roy Moore is a unique individual here in that he is almost pastor-like," Moon continued. "He has become a deity to these people here and they are going to follow him and believe him above all else. It's a people in the state who actually follow and believe Roy Moore."

Moon explained that Moore was always going to win the primary race because the special election saw abysmal voter turnout, so just a small number of enthusiastic Moore cultists could swing the election.

"He can bring people out to the polls and they will make a difference for him, and that's what happened," Moon went on. "It was his people and people voting against Luther Strange in this race for reasons that would take too long to explain, but that's the reason why he was able to get to where he is."

Moore isn't necessarily a popular figure throughout the state, according to Moon. "Most people, I would say the majority of the people in the state, see him as kind of a phoney guy, and understand what he is doing has been pandering for a long time."

However, Moon compared Moore to other Republican politicians in control in Alabama.

"What’s it going to take before you realize that your family values, my-sin-is-better-than-your-sin, conservative voting approach has produced a state government filled with lying, cheating, sexually assaulting, money-grubbing criminals who have embarrassed us countless times, and on top of everything, mismanaged the hell out of this place?" Moon asked in his op-ed.

The House Speaker in the state is waiting to go to prison for 13 felony counts. The governor of Alabama was "on the verge of impeachment," Moon said, before he eventually resigned, pleading guilty on two counts of breaking campaign finance laws.

"So, we have our Chief Justice, who has been kicked off the bench, these problems that popped up now, and we are on the doorstep of electing him," Moon said. "I think, you know, it's a pretty accurate description of what is going on in the state. We need to make changes."

Moore has challenged the accusations from five women who said he inappropriately touched them in their teens while he was in his 30s. In a Tuesday rally, he blamed the media and in fundraising has called it "fake news."