Trump must repent if he wants to be forgiven for his sins: Watch Billy Graham’s granddaughter take evangelicals to Sunday school 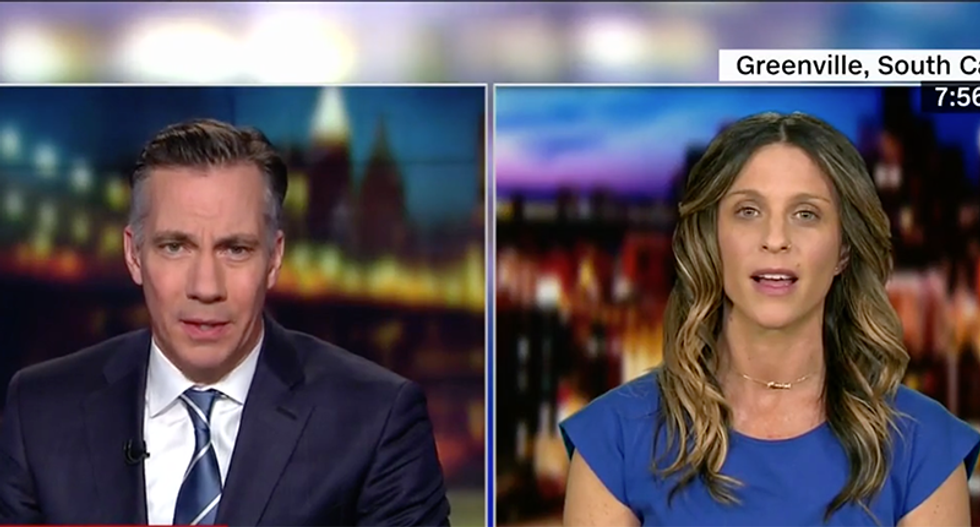 Billy Graham's granddaughter Jerushah Armfield explained to the right-wing evangelicals that supporting Donald Trump's bad behavior is sending the wrong message to the world about what Christianity is about.

In a discussion with CNN's Jim Scuitto, Armfield explained that if Trump wants to be forgiven he needs to get right with God and repent. Her comments came after a series of clips from right-wing evangelical leaders like Tony Perkins and Armfield's own uncle saying that Trump deserves forgiveness just like everyone else.

"In order to forgive somebody, that individual needs to repent and apologize," she noted. "And I don't think America has seen that from our president in any scenario, really."

"I don't think that any of the prior world leaders have been forgiven for anything from some of these evangelicals," she replied. "The question you are asking is the same question I am asking. And the world knows the answer is nothing these leaders have said or done have illustrated that they would give that forgiveness to, let's say President Obama, were he in that situation. Now, if President Obama had asked for forgiveness and in humility and changed his behavior, absolutely, I think that's a core of our faith. But you've got to, you know, ask for forgiveness first."

Scuitto played an interview of Armfield's uncle, Franklin Graham, who said that Trump is a good man and that God put him in the presidency. Armfield had a different take.

"First, a lot of times people seem to be focusing on the language that he used which wasn't the issue," she said, talking about Trump's comments about Haiti and other countries being "sh*thole countries." She said it was the context of the language that was the issue. "I think they are focusing on the language. I think it was, you know, the disheartening dehumanizing comments that were said around the world. I think -- I said the last time I was on your program, my president doesn't have to be a Christian, but I don't want him to be held up as the poster-boy for evangelical because he doesn't represented most of us."

She went on to say that the evangelicals that are giving Trump a pass because of appointments of anti-choice judges or policy positions isn't a valid reason either.

"I understand a lot of evangelicals are supporting him because of his policies," she continued. "I would love to see a Christian leader come out to say they support him for his policies but he needs to clean up his act. They feel like they have to stay hush on his behavior, and they're sending the wrong message to the world what Christianity is or what evangelicals are or have become."