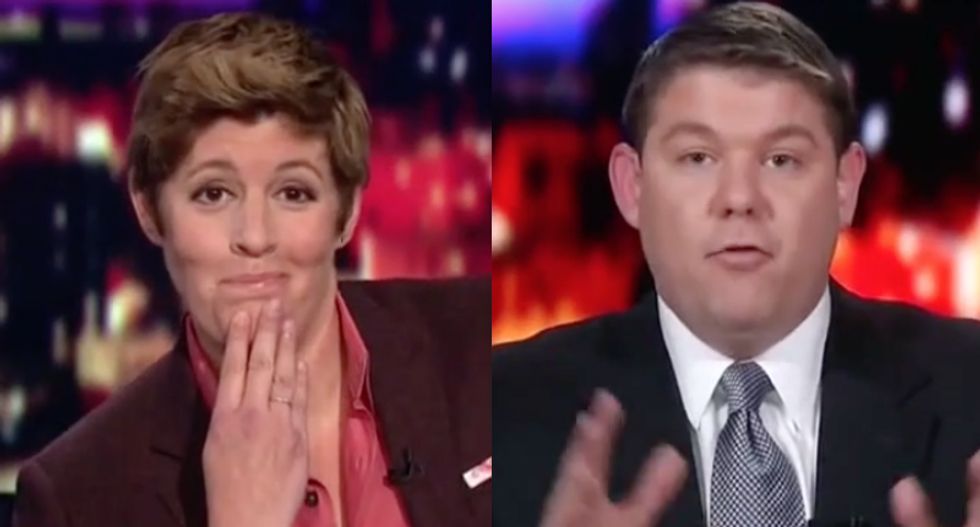 While discussing the so-called Justice Department "secret society" debacle that blew up in Republicans' faces earlier this week, liberal pundit and author Sally Kohn shut down GOP commentator Ben Ferguson after he tried to resuscitate the conspiracy.

"I think it's sad that we're calling everything conspiracy theories when what Republicans are doing in many of these cases is asking questions," Ferguson said as CNN host Jim Scuitto interrupted. "It is fair to ask questions."

"You have two FBI agents who clearly have show in their text message bias against Donald Trump," he continued, referencing agents Lisa Page and Peter Strzok, the individuals at the heart of the GOP's attacks against special counsel Robert Mueller. "These same two individuals used the words describing that they might actually need to have some sort of secret meeting in their own words."

Kohn, as evidenced by her facial expressions while Ferguson spoke, wasn't having it.

"I mean, I send texts to my friends all the time comparing my day to Beyoncé's," she said, "but it doesn't mean I'm Beyoncé."

Laughing, she said it's "scary" that Ferguson and his party mates who cried wolf about the single text message couldn't interpret the out-of-context text as a joke. Indeed, Huffington Post reported yesterday that not only was the single "secret society" text a reference to calendars full of "beefcake" photos of Vladimir Putin that Strzok bought as a gag for his colleagues, but the text's existence has already been discovered and summarily dismissed as an obvious joke by reporters who read the text a month prior.

"It's unfortunate that they haven't invented 'Smell-o-Vision' because this smells desperate," Kohn said.

Watch the hilarious exchange below, via CNN: